Has anyone used WYZE smart bulbs in Ceiling Can lights?

Curious whether anybody has used WYZE smart bulbs in ceiling can lights?

I have 6 ceiling cans on one circuit and am wondering whether the bulbs would even work.

Currently all 6 fixtures have LED BR30 bulbs. I realize the WYZE bulbs are A19 style bulbs that really aren’t made for use in cans.

I know that GE and others make a BR30 smart bulb ($$$$) … but I’m a wise WYZE addict and would rather use WYZE products.

I’m really wondering two things … would the can fixture block the necessary signal (or would the wiring actually amplify the signal). And how much light an A19 style bulb would throw down and out of the fixture.

NOTE TO WYZE folks — I’m hoping you will soon follow your successful release of the WYZE smart bulb with a WYZE Smart BR30 bulb! There are millions of folks who have can lights!

Thanks for any and all information and speculation anyone can offer!

Same here - in 2 houses I’ve about 30 can lights, half on dimmer switches.

I, too, have a lot more can lights than the first 6 cans I’m interested in converting to WYZE A19 smart Bulbs. My fear is the A19 bulb will illuminate more of the can interior than throw light down. I suppose I could slip a non-smart A19 led bulb into one of the cans and see what it looks like in the dark. If WYZE offers a BR30 smart bulb, I’d probably get 25 or so. (Don’t tell my wife.) (Hopefully she wouldn’t notice.)

Was thinking about putting three in the recessed cans over my sink area. Now I think I should wait.

Still wondering if anyone has used WYZE bulbs in recessed ceiling can fixtures … inside or out … and can you control a “group” of cans? @WyzeGwendolyn Hopefully WYZE will add BR30 bulbs to its line-up.

As someone who used to work in an RF engineering lab, I can tell you metal cans will attenuate a WiFi signal. So you might get away with putting bulbs in cans if the access point is right there, but I wouldn’t expect much range.

I suspect Wyze will never target the can market because most people would not have an access point close enough to be reliable, so the majority of users would be unhappy.

Would it be possible to replace the cans with some high-temp plastic cylinders?

Thanks for the reply Newshound. I have several “banks” of 6 recessed can lights in a house built three years ago … inside and outside of house … all have dumb LED BR30 blubs installed.

A smart switch wouldn’t work because I’d like to control each bulb in each bank separately … ie, reduce bank of six on to only three on during certain hours.

All our lamps throughout the house (which we want on/off automatically) are already controlled by smart plugs (before WYZE even came out with its plugs).

I realize metal cans will reduce /wifi signals, but I’ve also read that hub or smarthome controlled smart lights in cans work because external wiring can allow the signal to travel down the wiring … probably confused about that … and can’t find the reference online quickly. As I recalled, the Smart bulbs that worked in cans were also controlled through a hub … which, of course, WYZE bulbs aren’t.

I’m just wondering if anybody has even tried WYZE bulbs in recessed cans. I imagine UL requirements could allow high temp plastic housings … but really have no interest in trying to replace 20 or so fixtures in a relatively new house.

I have no recessed can lighting but I do have a ceiling fan where the lights are in essentially metal cans that are open just on the end, I have an access point about 15 feet away and I had issues with one of the bulbs losing connection, I had to adjust the aiming of the light until it stopped dropping the signal. So unless you have a close access point somewhere under the cans I think you may run into issues.

The only way I can think of to find out is buy one bulb and move it around different cans and see if it will stay connected for a day or so and try another, I know very time consuming but best answer I can come up with right now. 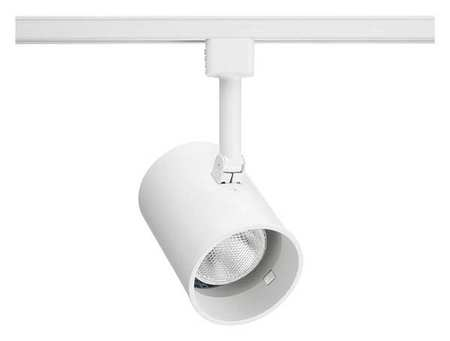 I’ve put 3 Wyze bulbs in. The WiFi is at the far end of a 45’ wide house. I can dim/brighten them, turn on and off. But when I turn them off 2 of them farthest from the switch come on at full brightness, the other at the level it was last set at. So I usually turn the far 2 down or off with the app. I can later turn them back on and operate them, but if they are switched off the 2 come on bright.

But when I turn them off 2 of them farthest from the switch come on at full brightness, the other at the level it was last set at.

That almost sounds like a malfunction. I would expect the brightness level to be stored in the Bulb, as it needs it immediately after powering back up, many seconds before it also reconnects to Wyze.

You might want to swap the closest and furthest bulbs and see if the problem follows the Bulb. Sounds like a couple of replacements may be in order.

Prior to deployment in the present configuration they ran well in a 3 light fixture in Mississippi.
And I have not been paying close attention to the Bulbs. Are you saying they HAVE to connect to Wyze on every start up?

The always WILL connect to Wyze when powered up, so they can be used. I do not believe they get their startup brightness from there, though, I believe that is stored in the Bulb.