I guess I didn’t read all of your previous post. I have glue on mine but didn’t see any oil. Oil is definitely an odd thing to have there.

Has anybody opened a case with support to get an official viewpoint? I do appreciate all of the investigative work.

If a large sample of your cameras have a film on the lense and this was not intended, then there is a serious problem.

Support has been pinged about this thread.

Thanks. Hopefully ping is enough.

That oil isn’t oil on the lens threads, it’s glue to keep the focus from accidentally changing after production.

I’m pretty sure there’s oil. I’ll take a photo. I need to take the camera apart again to try to focus it. There are two things on the lens threads. There’s something that looks like hot glue on the top of the lens threads – it looks like that’s intended to prevent you from doing what I did (unscrewing it) And below that, on the part that’s threaded in, there’s a slick oily substance that extends to the bottom, toward the glass piece that was (formerly) scuzzy.

If you aren’t afraid of defocusing your camera like I did and the extra headache that might entail, take a look for yourself. Unscrew the lens and check out the bottom part of the threads.

I believe you. Just sad news to hear. Maybe they can fix this in V3.

Thanks. Maybe I need to step back for a year.

If it is actually some sort of hot melt to hold focus the “oil” may be the result of poor temperature control in the glue applicator, either manual or automatic. This can cause gassing of the adhesive and the fresh air makeup in that area may be inadequate allowing vapourized adhesive to settle on parts even before assembly.

Finally got around to taking the cam apart again to refocus the lens. Wasn’t very difficult. The good news is the picture now is great. Probably better than when I got it.

I took a photo of the oil I’m talking about. I also felt it with my fingers to confirm that it IS oil. (It’s not just that the plastic is a little shinier there for some reason, for example.) The oil is only on the bottom part of the lens threads – the portion that is threaded from the factory.

Since you seem fairly comfortable taking the cameras apart, @mobstaj, I’m curious to know whether you see a similar oil on your cameras. I would guess that it’s there on yours, too.

I’m pretty convinced this is what eventually fogs up the glass, especially since it seems like this IS an issue that develops over time. (Mine didn’t look as bad as yours, but mine is about a year newer. This person also reports that the haziness developed over time.

Anyway, here’s what mine looks like. I took a video because the oiliness seemed to show up better. It was harder to show in still photos. You can see that the bottom half (top in the video) has a slick oily substance.

Actually I have two of my original lenses sitting in my desk that I replaced with wider ones. No signs of oil on the threads of these. Not visibly, not by feel, not by smell. Maybe it’s a newer development. There are remnants of the hot glue though.

There are remnants of the hot glue though.

Yeah, that’s not the same. Mine had that, too, but it came off easily when I unscrewed the lens.

One of them has. The other I haven’t taken apart. It’s high up in my awning out back.

Okay. So you’ve definitely seen a fogged camera that didn’t have the oiled lens threads? In that case, my theory might be shot. Haha.

I have noticed that they do get warm. My theory was that maybe some fog is forming on that little piece of glass if it’s not sealed well from the outside and drying up repeatedly. That or they’re messed up at the factory. I’d like to crack open a new one but I’ve got 7 of them and my wife already thinks I’m crazy.

If it was related to water condensation, I feel like you’d see it get foggy and unfoggy several times, though. I understand that minerals from water in fog could leave a film eventually, but if that were the cause, I think you’d see times when it was getting extremely foggy, before the water dissipated. Right? Whatever it is, it seems more chemical in nature to me.

Stand by… I’m cracking open another one lol. It’s become kind of an obsession at this point.

Hahaha. Keep me posted. Yeah, I’m really curious about this issue too.

You guys should have your own YouTube channel. This is fun. (Not much on tv tonight.)

Another very foggy piece of glass. 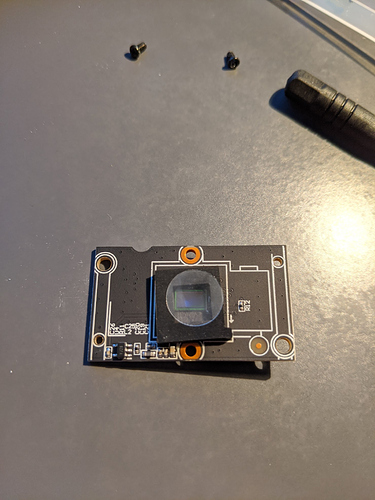 This one is from 10/10/2018. I did see the oily residue at the distal end of those lens threads on this one. What’s odd is there is another UV filter that is tinted an orange hue inbetween the threads and the clear piece of foggy glass. There does not seem to be any sort of fogginess or residue on that. This leads me to
believe this is a factory QC thing. 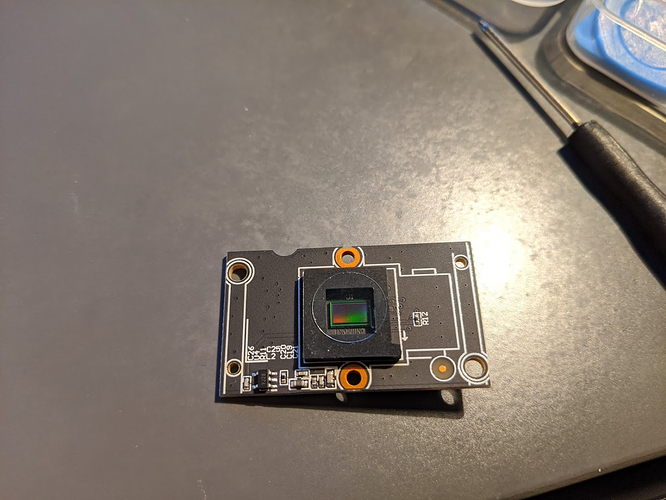