Either it’s gone or it’s completely covered up. Maybe she was attacked at some point.

Seems to have adjusted to it pretty well. But it probably makes flying in heavy woods tricky. 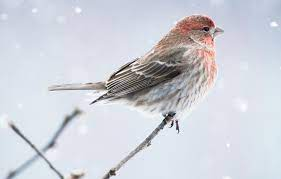 Ohhh yeah, you’re right. Was watching cardinals and wrote that by mistake haha. Thanks!!
I adjusted the wording. Thanks again for catching that!