A little while ago a neighbor wanted to mount a contact sensor outside a metal mailbox because an inside mounting would not work without modification of the contact sensor.

The pictures below describe what I came up with for him. It’s basically an upside-down box enclosure mounted to the side of his mailbox and the magnet is attached to the external edge of the mailbox door.

Use a piece of tape to retrieve the sending unit from its enclosure.

This first picture shows the trial testing of an integral flat spring latch. 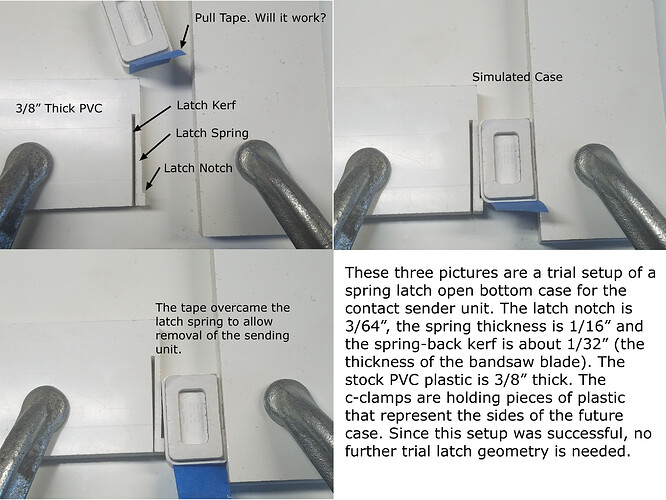 The second picture shows the assembly and testing of the enclosure. 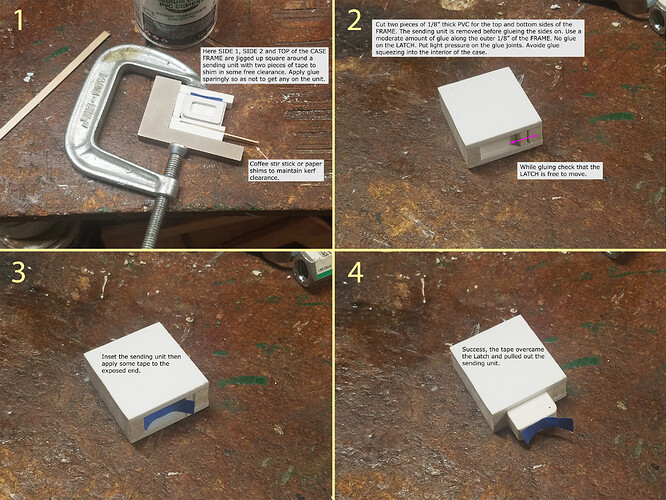 The third picture is a bottom view of the enclosure. 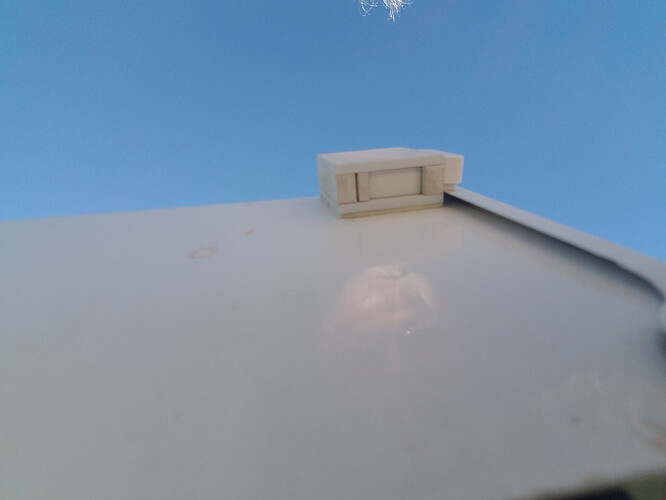 The last picture below shows the sending unit and its magnet. In retrospect, it would have probably been better to mount the sensor enclosure under the flag pivot and be mistaken for part of the flag mechanism. 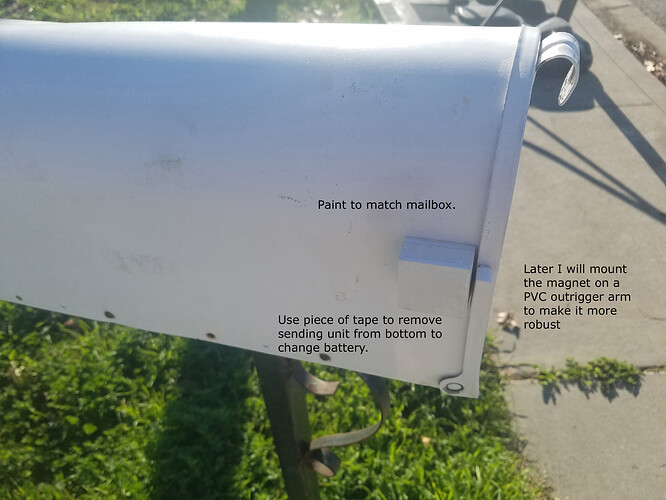 The magnet mounting was hardened up later.

Next time save some trouble and go to etsy.com and search for idea xtruder.

I wish Victor were my neighbor.

Hello, Sam_Bam.
I took you up on your suggestion and visited etsy.com and searched in idea xtruder. I found lots of stuff, but nothing close to an upside-down enclosure with a flat spring keeper for a contact sensor.
Of the STL files, I offered in my last dozen or more post only a few were similar in idea xtruder.
Most of my cameras are fixed and the three dome cameras that are pannable and zoomable are rarely moved.
I like the DogLeg style camera mount because it is simple and fixed. Getting a custom DogLeg camera mount for your particular aiming needs a lot of math or the harnessing of the spatial environment by hands-on methods, see Make a Simple Dog-Leg Camera Bracket No math no trig no vectors no protractors no calculations.
I have completed a spreadsheet wherein basic camera aim requirements, camera geometry, and bracket parameters are input, and an STL structured document is automatically generated. The structure file is copied and saved to a text file with a name of your choice and the .stl extension. Ready to load into your 3D (or the library’s) printer. You may be thinking “do I have to look up the camera geometry” ? No, you don’t, in the spreadsheet, you input the camera type, and the spreadsheet loads all of the pertinent information. You only input four items, horizontal aim angle, vertical aim angle, bracket thickness, and the wall plate length.

Here is the link to the spreadsheet: DogLeg 3D Standup to STL 071921.xlsx

The pictures below show a library print of the spreadsheet output with specific aim and geometry requirements. 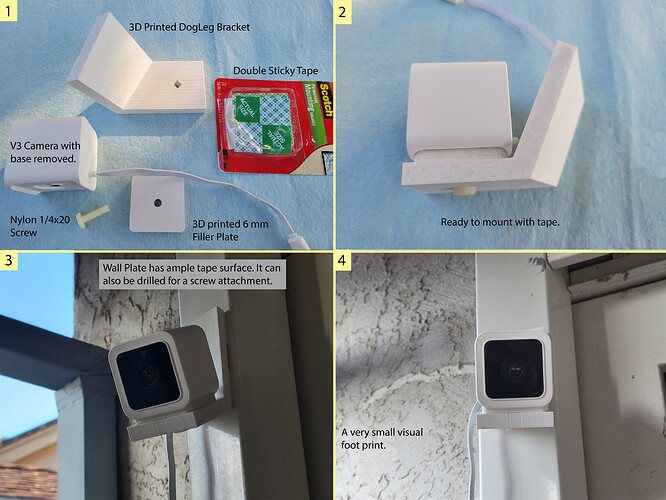 The base was removed to gain access to the 1/4"x20 threaded mounting hole. The base was replaced with a 6mm shim plate and a Nylon screw. This reduces weight and makes for a stable camera mount.

Link for the shim plate: V3 Base 6mm Shim.stl

Other projects are in the works.

Thanks for the compliment Sam_Bam
I did find a typo in the link name for the spreadsheet, though.

The link brings up the intended spreadsheet. The name of the link should
have been DogLeg 3D Standup to STL 071921.xlsx. The posted link name
ended with a ,stl instead of a .xlsx.
The post has been edited to correct the typo.