Anyone aware of a way to make the doorbell ring on a Google Home device?

There isn’t a super easy way, but yes, it is possible.

Supposedly you can use advanced webhooks (I couldn’t get webhooks to work so I gave up).

You can use Tasker to PUSH a broadcast to individual Google Home devices. I have done this for many Wyze cams.

First I did it with my main phone, but then it would only work when I was home and on my WiFi, so then I just took an old unused phone, or sometimes an emulated Android OS on my computer, and used them as a dedicated device for this purpose so it would work for my family even while I was gone.

I then had Tasker watch my notifications. Whenever a notification said something like “Person Detected on Front Cam” it would trigger the Tasker profile Actions to push a broadcast to several of my Google Home devices with whatever custom audio I selected. I liked having a custom Text To Speech that said “Knock Knock” every time a person was detected at out front door. You could make the custom audio be a doorbell or whatever else you want though.

I posted a detailed walkthrough on how to do this with a regular cam in another thread somewhere a while ago if you are really interested. There are many ways to get it to do this, I think I used Tasker’s AutoCast plugin for the sake of convenience. If you need more details I’ll try to dig out the walkthrough posted somewhere on here. Basically, you’d simply modify it to do the same thing for the doorbell notifications and use those to trigger whatever custom audio you want broadcast each time a certain notification comes up from the doorbell.

While I have lots of both Google and Alexa devices, Alexa is exponentially easier, quicker and more reliable, so I have mostly switched to using Alexa for all of these custom alert purposes instead, but I totally understand when you only have Google, wanting to use those and make them work. Right now, you need to use something that either does webhooks (really complex), or push broadcasts. Google won’t allow you use any of their devices with smart home trigger actions yet. Hopefully they’ll catch up to Alexa that way eventually though because they’re losing a bunch of money by not catering to that market of people who really want these features…I would’ve never got so many Alexa devices if Google had the same capabilities.

Thanks for the reply.

This might be a pay grade above where I’m at or want to be with these things.

Yeah, I totally get that.

For what it’s worth, There was an article last fall about how Google was upgrading their system to allow more 3rd party video doorbells to be able to automatically work with VDB’s to load on the screen and other such things soon. I haven’t heard anything since then, but it does sound like google intends to extend the same auto-functionality to 3rd parties in the near future. For now, using the chime and Alexa are the easiest options.

They’ve already been allowing it for a couple months now, its up to the developer of the products to make the integrations now. Some have already started. Very happy they are not keeping exclusive to nest anymore, now I would just love to see wyze do something with it.

I read a message from WyzeFrederik saying his team was going to start some alpha testing with improved Google integrations in the coming week and that it would then run for a few weeks.

While I assume that testing is mostly about us being able to manually call up any cam to show on the Google devices (especially all locally using WebRTC), I also believe this will be the first step toward applying those new VBD tools. That would AWESOME if our doorbells can connect to Google/Nest Home Hub devices basically instantaneously soon.

Maybe @Frederik will be willing to chime in whether Video Door Bell video integration options with Google are something they are considering expanding to after the current Alpha Testing is successful (now that Google has expanded allowing other 3rd party VDB companies’ developers better API access to do this now. Maybe it’s even part of the current testing. Regardless, we could possibly start to see some benefits from this as soon as this spring, or summer. I am excited for the WebRTC functionality regardless, but imagine if we could make our VDB auto-stream nearly instantaneously to our Google displays as soon as the button is pressed! So cool! 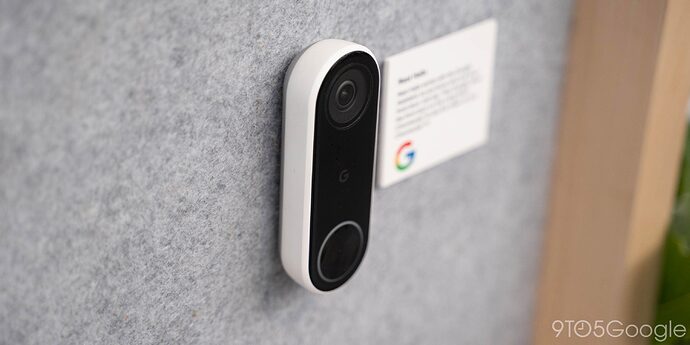 Google has opened the door for more companies to offer a smart home doorbell that can integrate with the Assistant.

Looks like they’re advertising about the functionality for developers to integrate the doorbells with google assistant. Would love to have this functionality.

Wyze just indicated today that they probably won’t be supporting the Video Doorbell on Google or Alexa because it’s set up for portrait view.

You can currently view the VDB on Alexa in Landscape view, but people keep submitting tickets that it’s the wrong direction, and Wyze apparently can’t change it to portrait view, so they’re probably just going to stop letting it stream altogether. Very sad, I don’t mind it being landscape view if it at least allows us to be able to view it.

Yea I saw that and it’s really disappointing and definitely a deal breaker for a lot of people, I’m sure they will continue to research and try to find a way to get it fixed as they’ve done before so I don’t think they calling it quits here

I agree, it’s not a deal breaker for me and I too think they can figure it out. Afterall, both Google and Alexa allow showing portrait view pictures on their displays, so you’d think it is possible. Granted, video is a lot more complex, especially to convert it all in real time, but who knows.

Yeah that’s disappointing but I more so care about the doorbell ringing my Google home when someone presses the doorbell. I have them set up all around the house so having this feature would be nice.

I feel the same, shame a bout the view issue, I think there has to be a non obvious way to rotate it, I would take black bars if it would work.

Same it’s so disappointing… at least let it ring the speakers without the live view. Really hate how wyze products barely work with other products, many people have switched because of this and I love wyze but it barley working with anything but its own ecosystem is a deal-breaker for many and needs to be adressed.

Can anyone from Wyze tell us if this is a feature that is planned?

Are they any updates on this? I too just want the Pro to ring my google minis. Video would be nice but just a bonus to me. The single ringer isnt enough for our house. Looks like doorbell pro is now going to be ready to ship again.

Wyze Home Monitoring - Kept disconnecting and going Offline and now it has been offline for couple months. Support people - they asked me to reset the base which meant I had to reconnect all sensors. I did it twice and I have no patience to troubleshoot the ongoing issues.
I already have Lorex for Outdoor monitoring so thinking about Lorex Doorbell, any other recommendation for full home monitoring?

Only stuff I am left to really like is Pan and Zoom Camera. It’s working well and I hope wyze won’t break it

So I just bought the Video Doorbell Pro to replace my 1st generation door bell because it says on the website that it has Google Home integration. But after setting it up, I can’t find any way to get an announcement over my Google Home speakers that someone is at the door. And since you can’t add additional chimes, this one is a real downgrade over the non-pro model. How are you expected to hear the doorbell in a large house? If you have a 2500-3500 sq ft house with 15+ rooms, you need more than one chime.