I just pulled up my doorbell camera video on my laptop, using Chrome and the video is sideways. Other supported cameras seem to work fine.

I just pulled up my doorbell camera video on my laptop, using Chrome and the video is sideways

All little more info from discussions in the past. While it says Echo show same concept for Google.

Wyze is sending it landscape mode because Amazon doesn’t support portrait mode. So it’s kind of both. But too many people complained (to both Wyze & Amazon) about it being sideways so Wyze said they’re just going to remove support and take it off from streaming anywhere but the app, at least for now. Sucks. I’d rather have sideways video than none. Wish they could just overlay a disclaimer that it has to be sideways or something. You’d think they’d still get tons of tickets that it’s not workin…

The Wyze Video Doorbell Pro shows the proper orientation when viewed on Alexa and Google devices.

What does Amazon have to do with it? Are they using their AWS for storage?

Does the Wyze Video Doorbell Pro show the proper orientation on the Wyze Webview as well as on a Amazon Echo Show?

They do use AWS.

I cannot get them to pull up at the moment to give you an answer that is not from memory. I haven’t used the web view much other than a couple early tests and I am just getting the loading wheel at this time.

Maybe @spamoni4 or @carverofchoice can get them to pull up in response to your question.

I just tested the VDB Pro on my Show Device and is shows as it should. Here is a picture of it: 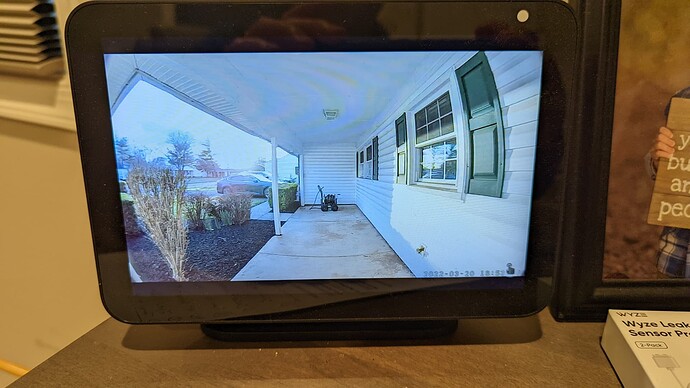 The Wyze Webview is still in beta and not sure the new VDB Pro is supported. I will need to check and see. However, as you can see in the following image, it does recognize that there is a recording and it is displayed properly. 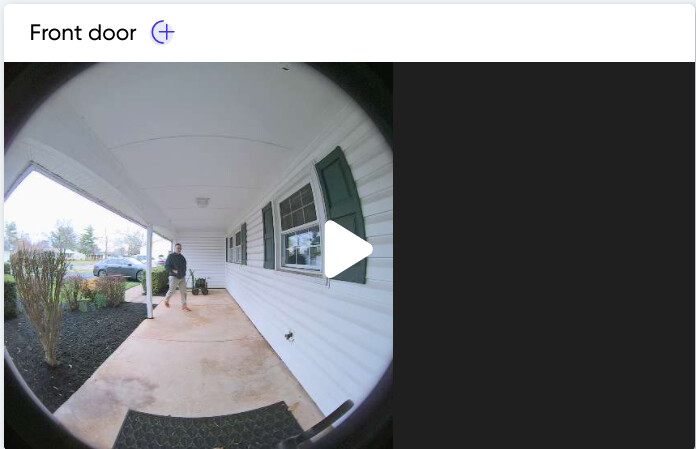 VDBPro won’t stream for me at all on the webview. It might be because I use it on battery, not wired, and Webview is not supposed to work with battery-operated devices.

I think I recall Wyze saying they were still working on fixing the Video Doorbell(s) to be compatible with webview. I don’t know if the pro will be or not since it is kind of a battery-operated device and they also said Battery operated devices would not be compatible.

Anyway, the VDBPro definitely streams in the correct orientation on Alexa Show and Google Hubs. I have done this many times and just checked them both again right now.