Did your home internet usage spike after turning on your Cameras?

I had this happen about a year ago as well and I cannot remember what I did in my settings to fix it. Basically after getting my cameras up and running for almost a month, I got an alert from Comcast that I was getting close to to my data cap (1.2tb or something). I looked at all of my previous months and our usage per month is between 700-800GB. However after getting my cameras going (2 of them), our data usage was at about 945GB and still had a week and a half of the month to go!
After talking to Comcast we were able to break down the devices that were using the data and it was the Wyze cams. I don’t remember what it was, but the camera was basically constantly sending a stream of data out. It’s driving me nuts because I don’t remember what it was, or what I did to fix it. Because after adjusting some stuff in the camera settings, it fixed the issue and the next month our usage was back to normal again.
So fast forward to Christmas and we got a Pan Cam. I got it all set up and on around the end of January. I also purchased the Plus service as Wyze has been pushing it and I figured why not? Guess what? I got an email from Comcast yesterday that our data usage was high again. I logged into my Comcast account and sure enough, normal has been around 745GB and the end of February was at 945GB. I just went into my Pan Cam setting and basically turned off everything I could with it’s features and I am going to Monitor usage now that we just started a new month today. I also cancelled the Plus membership. Anything to prevent the cams from connecting to the Wyze servers as much as possible. (I honestly never used it anyway.)
I do stream on my iPad at home. I work from home and have a very energetic 10 month old puppy and I keep an eye on him when he is in the living room while I am in the computer room working. But I’ve been doing this since last June with no spike in internet data usage. This spike is directly related to starting up the new Pan Cam. (Or the Plus membership, or both.)
I know others have experienced this as well based on some of the posts here, but I cannot see where anything has been identified as a fix. So sending this out to see what others have experienced.

Absolutely it spiked as I have 24 Cameras,
Usage up by more than 250 Gb
All cameras are on CamPlus

So do you think that’s attributable to many motion event clip uploads? Because that’s the only thing that should be occupying the bandwidth if no one is remote viewing…

So in theory, turning off motion tracking should stop the excessive uploads and stop the major bandwidth sucking.

Yes that’s exactly what I was getting at. If you lower the sensitivity or turn off motion detection then it should go way down. (Also, refusing all CamPlus tiers will pretty much accomplish that automatically.)

Interesting i never new that internet companys were doing that,if i was on that type i would see if they have an unlimited plan or look for another company im on spectrum with 200mb down $45.00 and unlimited its so cheap for the band with

I had a problem getting my Cam V3 on to wifi.
I got message "Cannot connect to internet.
So I disconnected anything on 2.4 GHz that I was not using,
Then I went to setting on my Wyze App and stopped all motion detecting.
The two-week FREE cam-plus was the cause of my problem of not getting on the internet. Cam-plus was using too much bandwidth sending data back to Cam-plus. Once I stopped that, I was able to get my cams on the internet. I hope this might help someone with this problem.

The on camera rom is very small. Every execution is now passing to Wyze server.

My suggestion is to sell a bigger rom chip for user to replace.
Thus less internet traffic and more local pricessing

This month, on Cox, I was informed I had exceeded my 1280 GB of data for the month. I could not for the life of me understand what caused me to peak this month after the last two months were under my ‘limit’ of 1280 GB: 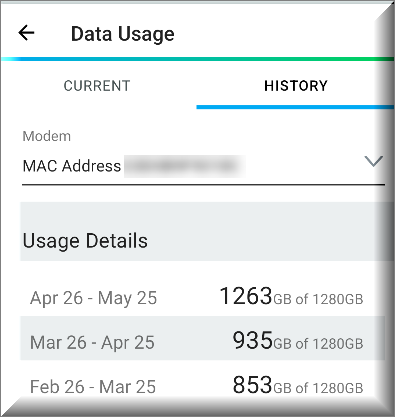 Cox bumps me up another 50 GB for $10 each time I continue to exceed my limit… after SIX bumps… for $60 being added to my already two high of a TV/Internet Bill, I called, and for $50 added the ‘unlimited data’ plan until I can determine what in the world is consuming so much bandwidth on my network. 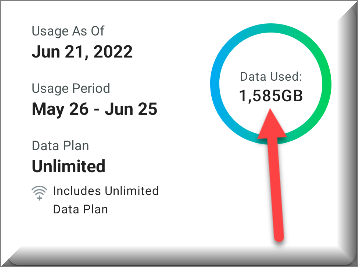 We do our fair share of streaming/downloading, but we’ve been with Cox just over a year and a half, and I’ve only come close to this 1280 GB limit once at the beginning of the pandemic while working from home.

I have many other Wyze products, but can’t imagine anything but camera’s potentially contributing to my spike in Data Consumption this month.

Anyone else seeing a spike in data consumption like this?

A Wyzecam would have to be constantly streaming to a remote viewer to generate just under 9 GB in a day. I still think your culprit is more likely to be HD and 4K TV streaming and gaming… Bitrates have increased as quality has risen…