So I had dropped the battery side of this contact sensor and it performed a perfect belly flop on the hard bathroom floor. I picked it up and it seemed to be broken, the magnet didn’t feel as strong anymore and it started to only register the open state. I did a lot of playing around with it and found that it had somehow become offset. It will only register as closed in this specific position: 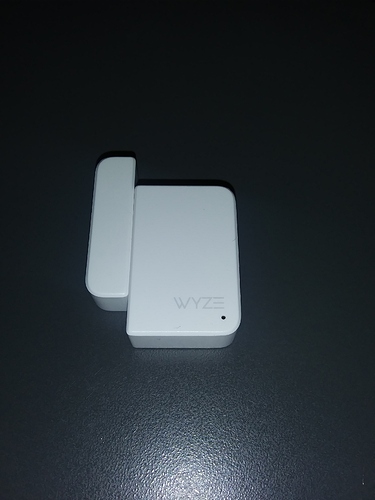 It’s definitely not working as it was before I dropped it, but it’s not completely broken! Saw a lot of people posting with this problem and thought this info could come in useful for someone out there!

I have somewhere the magnets do not feel near as strong as the magnets on others. You might try if you haven’t replacing the battery with a lithium ion battery that seems to make it a little bit of a stronger connection

Welcome to the forums! I wonder if the switch in the larger part of the sensor got knocked sideways or something. Can you post a picture of the inside of the larger part, under where the battery would go?

All seems well inside, AFAIK. 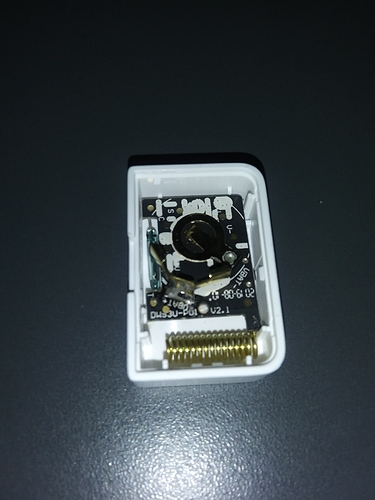 I thought the same, but nothing visually wrong?
Pretty strange, if I move it up or down 1/8" it triggers open.
Other contact sensors I can put my finger between and it still senses closed, this one I can barely stick a razor blade between the pieces before it triggers open.
So that’s got me thinking maybe the battery IS just weak @paindonthurt ?

I’ve had to replace a lot of contact and motion sensor batteries. The ones that they ship them with I hate to say it but very cheap.

So I finally got a pack of batteries in and replaced the battery, but no luck, still acting the same.
I did have an idea to turn this thing into a smart button possibly!
Will report back if any progress is made on that!

So I made a button out of this malfunctioning contact sensor! No idea what I’m really going to use it for yet lol! Pushing the button triggers ‘sensor closed’ and then ‘sensor open’ again after letting go.
I added two rules so far: on close - turn on light & on closed for 3 seconds - turn off light.
This is going to work wonders for my GF who is pretty hesitant to learn all this stuff!

Be cool to see a video of this if you could post it somewhere. Because it’s a pretty clever idea

I’m going to have to think about how to get this to work on a non-malfunctioning contact sensor, I do have one I’m not currently using.
I’ve got some ideas and will try to make a video if I come up with something decent!

The drop must have had a effect on the magnetic reel switch … bent out of alignment inside ?

Didn’t appear to be any different than a functioning one!

I did manage to figure out how to do this with a normal working sensor, and as suggested, made a video!
It ended up taking much much longer than I expected to make the video than it took to make the button! lol! First video I’ve ever made really! Enjoy!