I have Cam Plus.

When an event occurs and I play it back via the app it is crystal clear. Therefore I know it has been stored in “the cloud” at a high quality. HOWEVER, If I download that exact same video to save on my device (in this case an iPad), the video is of much lesser quality - almost like it was shot and stored at 360P. Yet it plays rom the cloud as if it was HD.

This could be an issue when needing detail is important - eg. reading a registration plate - especially since the available “full res” version will auto erase from the cloud after 14 days.

Am I missing something? The full res video is obviously “up there” on Wyze servers. Is there a way to specify the download resolution?

[UPDATE!. I was experimenting and discovered that if I downloaded the video to an Android device, that I don’t have the issue - the video retains all its detail, although it’s about twice the size.

This therefore seems to be iOS specific - the iOS app must be compressing the video - or the Wyze server is if it sees it going to iOS.

Either way, there seems to be no way to override it.]

Anyone else notice this and maybe know a fix for it?

I’ve downloaded may videos recorded both in SD and HD and they all look the same as the recordings in cam plus. iPhone and my iPad that’s 10 months old. Using iOS 14.4. Maybe it’s your iPad, there are other post on this board about results with different iPads.

I’m seeing the same on my Iphone. The video streams from the app at 1080p, but the download is 320p. If I do a screen capture of the video from the Wyze app it’s actually much higher quality than using the download feature.

I posted about this in the reddit before I saw this.

Great… I’m glad I’m not alone with this.

I opened a support call on this about 2 weeks ago and at first they didn’t seem to “get it”, and they first assumed the problem was on my end, asking me to check versions, network speeds, do resets etc. Through persistence I think they are finally looking at this more seriously as I have been asked to upload logs etc. I’ve also provided them with actual downloaded videos if the same event from iPad and Android to compare. It’s a slow process though as there are usually DAYS between communications…

Thanks. If I hear anything on my other posts I’ll report back here.

I have the Wyze Cam V3 with CamPlus.

…So this clearly IS an issue.

Unfortunately, dealing with Wyze support is EXASPERATING. They asked me to take screen shots, send logs etc. which I did and which I sent, uploaded etc. EXACTLY as they requested, but all I get back are emails saying that they didn’t hear from me…

I have my camera on HD setting. I have an issue when I download cam plus events to my drive in my computer. The download is 360P quality. It looks good ok on phone because of the screen size. I feel even are uploaded to WYZE cloud in 360P quality and it has not been disclosed properly. If anyone from WYZE is reading it, please have full disclosure of what resolution and pixel quality you upload the files to cloud…

…Yes. That issue is still there.

Wyze “Support” is absolutely useless if you have a real problem that goes beyond 1st level.

To be clear that this is the same issue can you confirm you are downloading the files using an IOS device and that it’s a Cam Plus clip? From all of the feedback I’ve seen the downloads on the Android devices are 1080p, while the IOS ones are 320. I can confirm with my testing that if I use my android tablet the same clip is 1080p while it’s 320 on IOS. So this would indicate the full file size is being uploaded, but the download is getting resized on IOS.

I agree. It would go a long way if someone from Wyze would just acknowledge this issue has been seen by them and they are working on it. Support has gone silent on me as well and no one from Wyze has ever responded in any of the forums.

“ To be clear that this is the same issue can you confirm you are downloading the files using an IOS device and that it’s a Cam Plus clip?” - In my case definitely “Yes”…

The reason I think this is the case is because if you experiment, you’ll notice that the downloads to an IOS device complete MUCH faster than the same download to an Android device, (if the downloads were the same for both platforms, I’d expect the download time to be the same, if not longer for IOS if IOS had to also compress incoming video…)

Maybe, for whatever reason, they keep different file formats on their servers and one is set to higher res than the other.

Wish they’d sort this out…

On Android, I’ve found that it doesn’t matter what resolution you set the camera to as far as cloud captured event footage is concerned. I believe that this setting affects only “live STREAMING”. Even if the camera is set to 360p, if an event occurs and gets recorded, the captured video (when played back on Android) is still a higher resolution. (which is a good thing. I just wish that were the case for IOS…)

I would have to agree something strange is going on. With my iPhone if I open live view on my V3 and tap take photo, the photo file size is 2.3 MB, 1920x1080. If I down load a 26 second event video it is 2.11 MB, 568x320. I realize that the photo and video are different formats but I would still think the 26 sec. video file would be larger than a single photo. But I am not a Tech. smart person either. 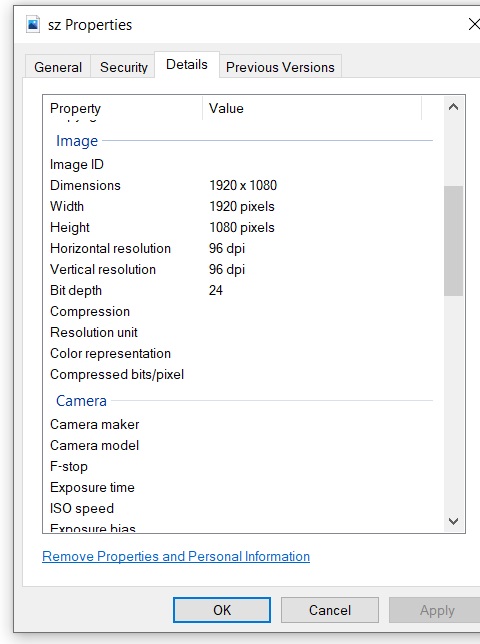 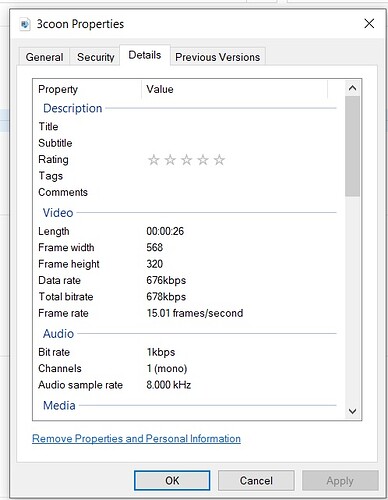 Just noticed this tonight. Cam plus v3, ios xs max. 360 video quality if I download something…

What’s the point then of cam plus and having extended videos if you can’t see any detail? Or are they fooling us…

I have been experiencing the same problem, and it drives me absolutely crazy. (What’s the point of being able to save it if you can’t use it)

I don’t have an android device to compare it to but I notice a distinct difference streaming from the Wyze app event recording and watching the iOS camera roll recording.

I’ve said it before, but I’ll say it again.

It would be nice if someone from Wyze would at least acknowledge the issue so we know they’re working on it since it’s not listed in their known bugs.

Same for me, but I figured out a workaround. If you choose “playback” to go to the SD card location of the clip, you can manually record from the SD card and the video downloads in full resolution.

Right, it does seem to be exclusively CamPlus videos. Removing CamPlus and downloading the 12 second clips from the cloud are full resolution and, as you pointed out, clips downloaded from the SD card are full res. Unfortunately, my WCO and doorbell cant record to SD card so it’s not an option for me.