My Cam Pan V2 Started rebooting several times per hour after an update a couple of days ago. When it restarts, I can ping it for a while and then it goes offline. I have 6 other Wyze cams and they are all ok. This is the only Pan V2 that I have.

All to no avail.

I wrote a batch file that will ping a device and report back to a text file. I will try and attach the data from the files so you can see the up/down pattern. All times are in minutes. As an example of the first few lines. Up for 83 mins, down for 10. Up for 50, down for 8.

This all started after an update. 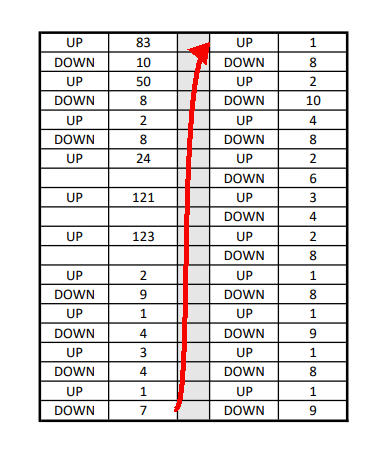 So… What do I do? It’s 18 months old. Throw it out and get a new one? Or just throw it out.
The $35 won’t starve me, but I thought I might at least get SOMETHING ELSE to try.

Maybe going back to the previous firmware version? Maybe try reloading a the current firmware? (how?)

Sorry for the delay, looks like no one else has any ideas. I would try flashing the firmware back a version if you can. You need a micro sd card and a reader on your computer.

Please let us know if that fixes your issue, I haven’t seen any other reports of this so it doesn’t seem like it’s related to the firmware.

Before you throw your CP v2 out, try the following if you haven’t already done so:

SeaPup & I EAtBeans. Thank you for replying to my post. I am not sure what happened, but i got side tracked for a few days and just left the V2 plugged in looking at nothing. It only rebooted once. In the last two days, it has not rebooted at all. For now, I think it appears fixed. I can’t think of any other external factors that may come into play. All my other Wyze cams are working fine. They are all on the same (guest) subnet.

I guess I’m going to let a sleeping dog lie for now. But the information on downgrading the firmware is an immense help. Thank you.

More information. It has stopped the rebooting ( all by itself), But today for the first time, the app wouldn’t connect to it so I could watch it live.

Further, If (while it’'s “authenticating 2/3)” I go to the settings screen, I can go to “Device Info” and “restart”. It restarts and THEN I can then see the video. I can also view SD card and it shows that it’s been recording the whole time. Even when I wasn’t able to connect to it. Some kind of authentication issue maybe?

I don’t know what to do/try.

I am thinking maybe downgrade the firmware, Try it for a few days, Then, if no other symptoms, try the most recent upgrade again.

I think there is a problem with the current Android and iOS apps. Many users are reporting similar issues.

It’s late, I’m tired, Had a bad day (month) and am short tempered enough at this point, that if I wasn’t heading off to bed, I’d smash this thing to the floor and never worry about it again.

Sorry, Just a bit on edge.

It seem to be ok for the last 4 minutes.

This is very strange. Last time, I did nothing and it fixed itself. Then it was ok for 12 days, Now (Last tight) we’re back to acting up again.

NOPE. Just rebooted 3 times while writing this. Oh Well. back to the drawing board.

Is this V2 outdoor or indoor?
if outdoor, check for moisture inside pcb as well as fail solder joints.

cable could be another possible cause.

if it is hardware related, firmware wonzt help.

Hello, I have been having the same issue since the firmware update of this month or last month. But the camera has been rebooting every few minutes, maybe 5 minutes.

It was a very busy month for me so I haven’t had the time to troubleshoot it but the camera is still working other than that.

Just very annoying to hear it reboot every time. Especially that it is in the living room. I will try to update firmware today and report back.

Is there any link to find all the previous firmware. I have a Wyze Pan Cam 2.

Ak, Look at the 3 rd post from the top. IEATBEANS has a link that works for manually up or downgrading firmware.

Ok will do it tomorrow, Were you able to solve your issue?
I’m 110% sure it’s because of the firmware upgrade. The first minutes I upgraded it, the camera started rebooting every 10 minutes

I hope it reverting firmware will help because otherwise, it means the new firmware bricked my unit.

No. My issue is NOT resolved. I am hoping to try and find a means of talking DIRECTLY to WYZE support. So far, no dice.

You can email, chat, or call on support.wyze.com

FYI. The were unable to help me any further as I had already done what they were going to have me do.

My V2 is 3.5 months beyond warranty. They sent me $10 gift card to be used on their web site instead of a replacement.