This is Apple’s first disclosed acquisition of 2020. 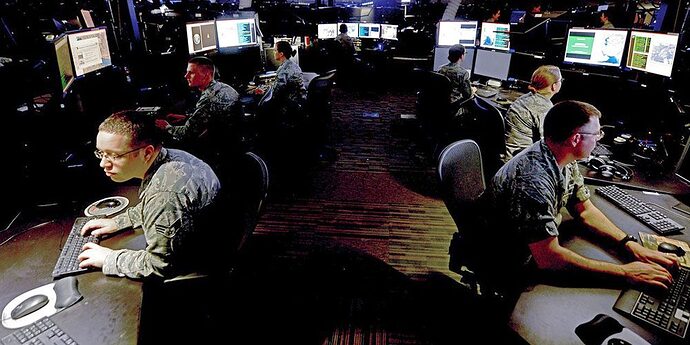 Furthermore I don’t assume my intelligence level to be any higher than anyone else’s, however… perhaps I have a better understanding of how things work than others, so I will interject and try to help someone else understand…

And to elaborate further, my original reply was aimed at shadowwraith. Not you, but my reply still stands. It’s not fair to any company to blindly trash that company without researching what issues you have and finding out if it’s an isolated incident, it may behoove you to research a little into why, whatever it is you’re mad about happened.
It also would help to understand that most people only complain in the web because they have some semblance of anonymity, to “freely speak their mind”.
I’ll give you, that sometimes companies get greedy and perform underhanded tatics to fleece their customers, but in this case, wyze is delivering products who’s quality well exceeds there price point, that being said sometimes the interface or controls are a little rough around the edges, but you have to consider what you’ve paid for, the higher the price (usually) the more testing, product development, troubleshooting and engineering goes into a produce hence the higher cost.
You want an inexpensive product that performs well and has all the bugs worked out go buy a more expensive product and enjoy it.

well I guess you hit the wrong reply bc the email that came to me shows you replying to me.

The human detection that was free during beta mode now is a pay service and does not work as good as when it was free . Also the customer service sucks when you get a bad camera out of the box . Notice I have not purchased any more . Going to another brand for my business.

What a waste of time this post has been as I tried to determine what you meant. Sorry to see you leave, Shadowraith51.

Your software “degrades” are terminal. A Camera Plus account is a joke.

While I laude my fellow community members and this discussion for it’s candor and earnest chat involving the ai software that we were advertised included with the product, purchased with the product, then lost due to Cupertino’s general" [Mod Edit] you pay me" business model that is purported as the causative event that is responsible for the removal of the widely advertised,plainly stated software and features we purchased. Apple’s purchase after the fact should have in no way affected the contract the dev, Wyze and purchasers had entered prior to Apple’s purchase. Typically the company aquiring another company or asset is responsible to be certain that contracts prior to purchase are satisfied by monentary remuneration or the continuation of the contract obligation to it’s legal completion. It’s rare that consumers are not protected or made whole first as a requirement for such aquisitions especially if there was any FTC or other federal oversight. Additionally, how many times did the legal counsels for Wyze and the ai dev have to take the bar exam before they were allowed to practice, however inadequately, law? The only deal in my memory of implied and expressed contract obligation by the seller of an asset and it’s previous business customer/user that then extended to the end user consumer through their purchase and most likely verbiage in a lengthy [Mod Edit] filled terms and conditions statement required to even get a little peek at the functions of the software/hardware combo. And Cupertino obviously has a legal department of brilliant and resourceful attorneys that have sold their souls to the Devil himself and managed to get some unimaginable clauses slipped in the fine print granting the fiendish fruit company a deed for the pearly gates. I’m not an apple basher I just went from being a serious Mac and powercube owner and iPhone one buyer to being explained to by Cupertino that you don’t actually own an apple product so much as you own a lifetime lease of sorts to their products and proprietary software and hardware. I have yet to be able to find it in the terms of use or anywhere else but the representative whom explained it to me thusly was able to show me the legal notice of the strangely dictatorial authoritarian approach to capitalism, in my humble opinion anyway.

Ok so Apple bought Wyze? the whole company?
As for the motion detection that was advertised when a good portion of us bought the cameras. It would be interesting to see in a class action if the 1.99 per month they charge for this feature should entitle each of us to that 1.99 per month paid as zero per month as long as we have our wyze camera. Subject to of course them programming in a death date of the camera in the software. IMHO

Ok so Apple raised the price and Wyze did not want to pay so Wyze said they would develop their own Motion Detection. Then Wyze decided it cost them development money so they will now charge for what we were told was free and a main reason most of us bought these cameras.

Would that be an accurate statement.

No, not even close.

Xnor.ai terminated the contract. There was no raised price deal proposed by Xnor or Apple as far as we know.

Wyze made what they considered a good faith effort to continue providing free person detection to pre-existing customers.

I don’t understand why everyone is so upset at wyze for something thats outside of their control, the camera had it and now someone else has the rights to the AI and now wyze has been forced to discontinue use of it… You honestly think that apple would grandfather anyone for anything regarding a competitors product, when they could take and create a camera of similar quality and specs, but that stupid apple logo on the side of it and charge 3 times as much and people will still pay.it because " it’s from apple it has to be top quality"… Good grief…

And I agree that no way Apple or any other company with the typical profit of shareholders and boardmembers and political and market strategic manuvering corporate entity is honoring any agreement it is able to avoid the financial and manpower expense of by spending the equivalent or less on excellent legal, judicial, legislative and executive representation at every administrative level of our regulatory and statutory business arena. I am trying to figure out how the federal and state agencies as well as the legislature dealt away the consumer it was mandated to protect though I have no pretense of surprise just remember that it was not always like that in this country. Secondly I am so impressed with the either outstanding and praiseworthy contractual law practiced by the Fruit company’s council as well as equally if not even more amazed at the ineptitude, apathy or practically professionally and criminally neglectful council that the AI company that developed the software as well as Wyze’s council. I mean I can see the mental image of the three stooges or pinky and the brain drafting the software use license and contracts then by virtue of purchase of the hardware using the software conveyed to you and I and then BOHICA’d sans lube right away with no recompense or even a wet rag tossed in our direction to clean up with. Come to think of it there must have been some Congressional and senatorial hopefuls as well as current and deposed members of those government entities that is the only way I can get my head around this entirely trivial first world problem of no real consequence that paints an accurate micro and macro image of the surreal world we have come to accept even expect. Wow. I haven’t had an Epiphanical thought of such profound and utterly worthless magnitude since I was poking smot 25 or 30 years ago… I feel so much loss and sympathy for you folks because you have to interact with the addled rambling of my borderline Rainman reasoning. You folks are saints

I’m not upset with Wyze I was just expressing my opinion on the general [Mod Edit] and forgetage the consumer is sadly familiar with to the point of it being an accepted"cost of doing business" in the business of life and the consumer technology in it. And you folks are super in the know and in near universal possession of technical mastery or near of the subject matter, the capability of civil and polite discourse and discussion even debate without hate nor loss of emotional or intellectual bearing. And can spell, use correct syntax. punctuation. Get there, their, and they’re right. Then for the encore your and you’re are used as intended. I am just this second greatly saddened by the realization that I am the token backwards barefoot knuckle dragger of this community… Well, hi I am Jason. Nice to meet you. I’ll try my best not to lick the windows if you don’t mind explaining that to me again slowly and in layman’s terms. By layman I mean double digit vocabulary and please consider the fact that I have a VCR that I have owned since '89 and the clock is still blinking “12:00,12:00,12:00”. See what you are up against?

Do people actually talk like this? I’ll have the word salad with light dressing for dinner, thank you.

My sincerest apologies for that truncated course in Appalachian Scotts English dialect and vocabulary. And yes I do talk like that accompanied with an accent that causes my listeners to automatically deduct 50 IQ points while making the cast of Deliverance sound as if they all hold a doctorate in English Lit. But metropolitans of the feminine persuasion seem to have a great appreciation for the accent and social graces of my glaringly unusual and unconcealable elocution.

Honestly where I’m from everyone else sounds like this also. I was both shocked and appalled at the first recording of my voice I ever heard around 11 or 12 years old. I sounded as if the Clampettes and the Pyles had a bastard love child that they fed a steady diet of Hemingway and Steinbeck.

I dare you to make another long winded word salid spam post you ran through some verbose vocabulary engine.

I’m sure the forum moderator has his finger on the “ban” button.

I can’t recollect the last time I encountered such well read and learned snark. apologies for my response to the fellow’s inquiry. Didn’t aim to muddle the thread.

Really this much conversation about a camera that cost $20. Wow. Yes I was disappointed when they just removed person detection and didn’t let us know to not upgrade firmware to keep the feature but this is crazy. Get over it already. Do I need to send you $20 to make you feel better? I’ve wasted a lot more money on things that end up not working at all. Already moved on and upgraded all mine to V3. Go see what kind of quality camera you can get that cheep somewhere else and quit crying here snowflake!