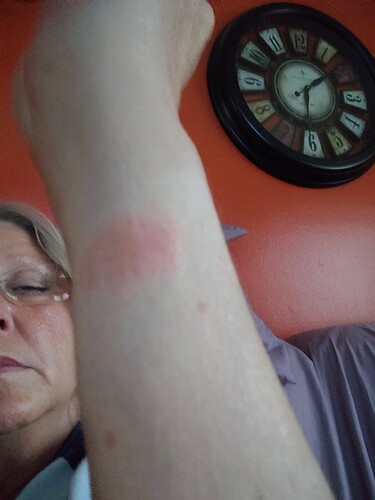 This is common for lots of watches (not Wyze-specific), it usually means the individual has a relatively common condition called contact dermatitis. Some of my friends have this. As it relates to watches, it is usually an allergic reaction to nickel or certain polymers used in the watches and watch bands. There are tests you can take to get diagnosed for it (ie: dimethylglyoxime test for example). I have some friends that have it so severe that they can’t even use most kinds of lotions because apparently a lot of lotions have metal in them too.

As it turns out, since it is basically an allergy issue, solutions depend widely on the individual. A high number of people find that it can help to keep the watch clean and sanitized. It is often the salt deposits from built up sweat that are exacerbating the issue of causing rashes to form, including getting moisture and bacteria stuck in between. So some people find that regularly sanitizing their watches fixes most of this irritation. Sometimes people test and find that the issue is not the metal or polymers at all that they are allergic to, it is mostly caused by irritation from built up sweat salt, oil, bacteria, and dirt, so cleaning regularly resolves their problem. Some people just wipe it with some mild antiseptic cleaner and then dry it with a microfiber and it’s totally fine for them after that. Other people never have any issue at all, and some people are very alergic to one of the materials. It all depends on the individual, but hopefully you can figure out a way to reduce the irritation for you, because that is no fun at all!

Is there such a thing as a good rash? Asking for a friend.

But seriously, the irritation being possibly causes by sweat trapped under the device or abrasion from activity seems plausible to me.

Still, it would be good to take note of the device’s material composition in case the rash continues to occur for future reference in order to decide whether it’s something you should report to your doctor or on hospital forms or pharmacy records just in case.

A doctor sent me to the pharmacy for a shingles vaccine, as he did all his patients, only to be denied by the pharmacy because my allergy to Neosporin indicated that the injection could kill me even if my reaction to it when applied topically looked not unlike yours as pictured. (Something about what the vaccine is preserved in.) Who knew? Apparently not the doctor. If not for a vigilant pharmacist, that episode might’ve had a very unintended outcome. Even seemingly minor allergies are no joke.