Are we allowed to sell are used wyze equipment

Are we allowed to sell our equipment here or on another site? My new apartment doesn’t allow me to change out the door locks. I have two door locks and two keypads if anyone is interested. 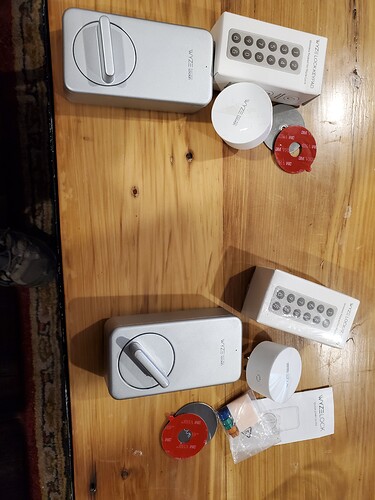 We (and everyone should be) suspicious of sales offers in the forums here. But other than that, you are free to sell your hardware elsewhere. The only obvious exception is if you are still under an NDA for unreleased products.

Why should we be suspicious? This IS a community forum.

You can sell it an a website (aside from here) as long as the product NDA has ended as @Newshound mentioned.
Make sure you delete and factory reset previously used devices. Also, remember that any products you sell will not be under the Wyze warranty.

Only products bought from these sellers are covered under the Wyze warranty and the sellers return policy.

Where can I buy Wyze products?

You can buy our products from wyze.com and select online and physical retailers: Amazon.com (ships only within the US and sold by Amazon.com or Wyze Labs; other third-party sellers are not author...

so all pre-order products are with NDA?

What is time limit?

What is time limit?

I believe it’s until the first round of preorders for the product are shipped. I’m not sure on this. It may be specified on the NDA itself.
Any @Mods or @Mavens know?

What? You have to sign an NDA to pre-order a released product? That can’t be right.

I think it needs to be stated if the OP is a beta tester or not to see if a NDA is applicable here to clear up any confusion. To be a beta tester now days a signed NDA is part of the process. But if you are joe or jane public buying a publicly released, announced, or preorder item, that’s different.

If anyone is a Beta tester and you received the product hardware for testing then you’re bound to the NDA agreement. (Read it carefully)

On the other hand, if you purchased the product this does not apply to you at all. If you bought it, it’s yours to do whatever…keep it, sell it, give it away etc.

The first-sale doctrine (also sometimes referred to as the "right of first sale" or the "first sale rule") is an American legal concept that limits the rights of an intellectual property owner to control resale of products embodying its intellectual property. The doctrine enables the distribution chain of copyrighted products, library lending, giving, video rentals and secondary markets for copyrighted works (for example, enabling individuals to sell their legally purchased books or CDs to others... 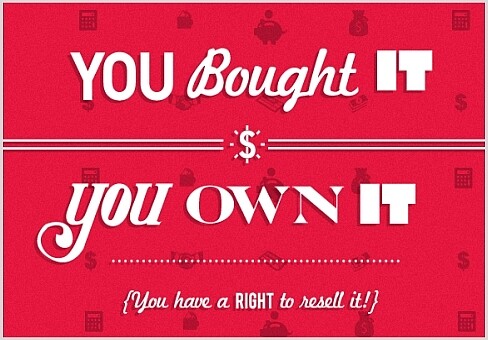 Supreme Court: You Bought It, You Own It, You Can Resell It

The U.S. Supreme Court decided a case that reinforced the right to re-sell a copyrighted item, if you had lawfully bought it. Resale rights are protected.

This is something “big tech” and other companies having been dutifully trying to chip away.

No!
This would only be for beta testing. As others have mentioned, if you’ve purchased the item, you can do what you’d like. You cannot sell beta units until the NDA has expired and the testing is complete.

Exactly, i was about to say the door lock has been out of testing of any sort. I don’t see how an nda is applicable here. I don’t see the the harm in announcing it, but maybe do the exchange privately via email if you get anyone interested.

The Community Guidelines prohibit sales of third party products but don’t say anything about selling Wyze products here. The occasion offer of unwanted/unneeded Wyze products on the site would not be a problem. However, if someone made a habit of re-selling large quantities, that could result in a change to the guidelines. In any case, Wyze would take no responsibility for the genuineness or condition of any items being offered by forum members.

Wyze would take no responsibility for the genuineness or condition of any items being offered by forum members.

It’s sad that we have to tell people that.