Anyone have suggestions on how to limit alerts that stem from shadow of tree moving in the wind in the view window?

You can try to adjust the sensitivity, or you can try ignore that area with a detection zone.

If that doesn’t work for various reasons, there are two wishlist items you can vote for:

UPDATE 11/18/20: This feature is now available in the Wyze app! You will need to have your app and firmware fully updated for it. UPDATE 9/15/20: I am happy to say that we are working on implementation of this feature! Not promising timelines yet but we’re working on the coding.

ORIGINAL POST: The current zone control method (of adjusting four corners of a box) is limiting. It doesn’t allow for the exclusion of objects. Sometimes people ask for grids, some people want more poin…

There are many motion events that are simply tree branch blowing in the wind (both the leaves and their shadows). I imagine it would be possible to have the motion detection algorithm distinguish between a true person/animal motion (one box moving through the frame) and leaves/shadows (many small boxes that are scattered & inconsistent from frame to frame). Thanks! [Mod Edit: Person detection was launched on 7/9/19. Animal detection is being considered for the future.] [Mod Edit: This post i…

Yes, the camera’s standard pixel motion detection is sensitive to anything that makes the live feed picture change.

I would recommend trying a PIR motion sensor (part of the sense series). As long as the shadows don’t create a noticeable change in surface heat, they should help quite a bit with shadows, tree branches, etc. You may need to block their view from other heat sources, like children next door, lawn mowers, and cars of the street, though. 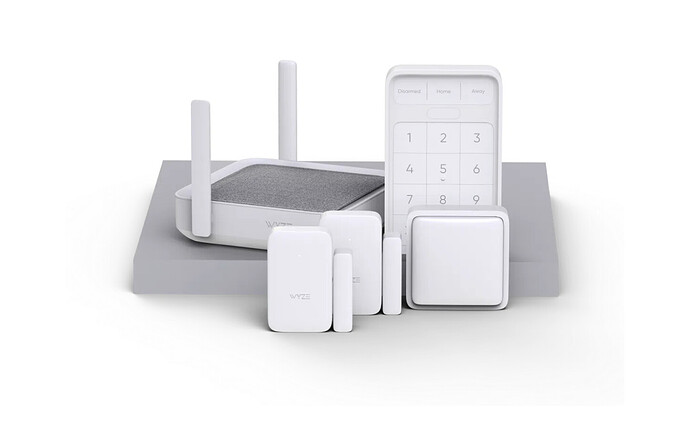 Wyze offers smart home cameras and devices packed with features at a price that is accessible for all. Wyze Cam includes 1080p full HD video, smart motion and sound alerts at a revolutionary price.