Here’s a “name brand” much more expensive one from Wemo: 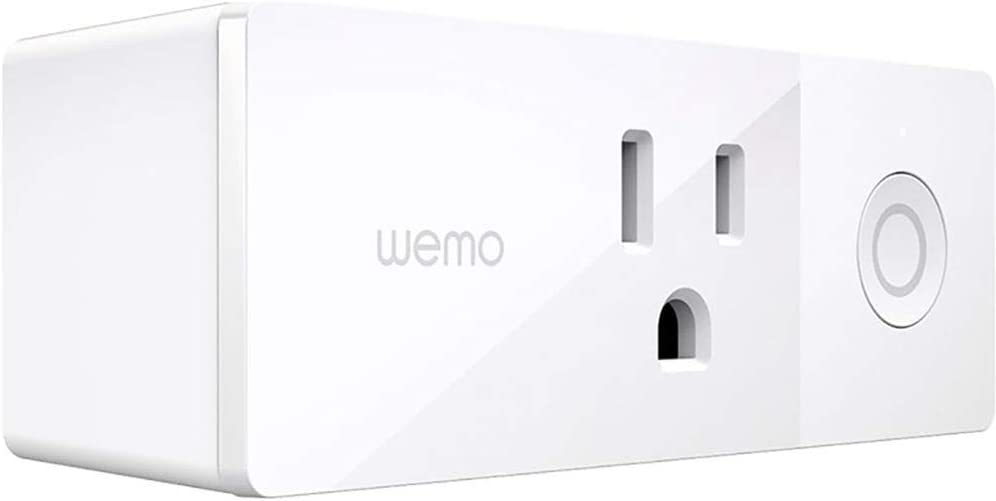 Featuring a sleek new form-factor that allows you to stack two Mini Smart Plugs in the same outlet, the WeMo Mini gives you control of your lights and small appliances whenever you want, wherever you choose, with tons of options for scheduling and...

Once you have one of these on hand, it’s very easy to set up an IFTTT applet to have motion detected by a Wyze Cam trigger the outlet to turn on.

Thank you for your fast response and the Amazon link for the $9 outlet. I will gladly purchase it if you/someone can provide me with the instructions on how to make it mate up with Wyze Pan using IFTTT for motion activation. 2nd Question: Is there anyway to time-out the activation once ‘set off’ by motion?

Thx again, you’ll be my ‘Hero’ if it all works out!

Here are the instructions for creating an IFTTT applet:

Keep in mind that IFTTT only guarantees checking triggers every 15 minutes, so there may be delay before the switch activates. Typically it is much faster.

As far as turning the switch off again, the easiest way would be if there is automation available within the switch’s app to do that. I have no idea if there is since I don’t own one of those switches.

If the app doesn’t provide that kind of automation, you could probably do it by integrating Stringify with IFTTT to run a timer. That would be another process to construct.

Thank you , I will check it out.

A separate unit with a loud speaker that could be a companion to the new Wyze Sense if you were using them for a security system.

Agreed, would love for wyze to roll out a wireless siren that could also be used as a chime for Wzye sense triggers (opening doors etc ).

There is a hole for it in the market also, something like this is the best I’ve seem so far, but not seeing any real place to purchase them : 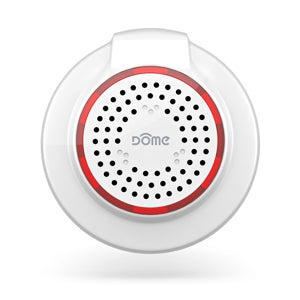 So small, so smart. Wireless & manual on/off control of floor lamps and small appliances Energy monitoring in live mode or over time

Since we’re getting Wyze Sense now (got in on the early bird too), how about a simple plug in loud siren or alarm that connects via wifi to the hub that we can activate from within the ap if we detect nefarious activity within our homes? Love where you guys are going with all this.

I made some tests with IFTTT… Sometimes it took up to 15-20 mins before getting the then-that action triggered.
I don’t need a siren that starts beeping 20 mins after the event ! I definitely prefer sirens (also bulbs, switches, or other devices) to be part of the Wyze eco-system rather than IFTTT-triggered.

Getting excited about the new motion detector sensors and the door sensors. Would be great to get a beep alarm when a door sensor open if desired. Also another sound or alarm sound for motion. I was thinking one sound for people in the house to hear and another sounds alarm for outside near motion sensor to let people know they have been detected. Anyway wishlist item for future…

To be honest, this is less a wishlist item and more of a “why wasn’t this included in the rollout” item. I love the concept, the size and the addition to the Wyze environment, but the lack of a siren for the new Wyze Sense is disappointing. The workaround once spoken about to add a siren to a camera setup isn’t even available (Dlink DCH-S220 has been discontinued). There might be a secondary workaround using Insteon, but that, like almost all other solutions, involves having a hub of some type.

What is absolutely needed is a siren solution for Wyze Sense. Here’s the wishlist part. The siren should be controllable by the device (open-close sensore, motion sensor or camera), by the app, or by a control pad (ie what the Insteon siren has), and it should be battery powered or have a battery backup if wall plugged.

I had the idea of possibly having an “alarm” audio on the cameras themselves at a minimum until they come out with a real alarm. I know the speakers aren’t very loud but if you have multiple cameras going off it will at least give some warning. It could be as simple as the sensor setting of which camera to turn on when the sensor is triggered.

I would like to chime in on this item <see what I did there?>

A native-Wyze siren would be much better than IFTTT for a few reasons: 1) faster and guaranteed response 2) simplified setup 3) more specific control.

That last one is key I think. For example, the Wyze app could give you a 30 second countdown when a siren event has been triggered. No need to have passwords like on standard alarms since your phone is with you. It just starts the timer and if you don’t get it in time, it rings. You specify under what conditions it rings within the Wyze app. Honestly, the app is great and already does most of what would be needed – the shortcuts are perfect for setting the “away”, “home”, “sleep” settings. And now with Wyze Sense, you have inter-device rules. So most of the way there. I think this would make the Wyze ecosystem workable as a full security system.

Plus, the sirens could double as more subtle reminder tones (ding when the door opens), or even as better solutions for 2-way audio. Lots of use-cases here, I think. Actually, from my perspective, it’s more important than Google Assistant integration or even an outside camera.

Anyway, just my 2 cents. I love the products for what they do (7 cameras and a bunch of sense stuff). Keep up the good work.

I would like to see an alarm siren connected with wyze contact & motion sensors. That can be use as a home alarm as well. Plug in should be ok since it will need a lot of power.

Have a Wyze Siren that work with Wyze Cam and Wyze Sensor. One that can be trigger by motion, or manually by user.

Now I think about it,

When wyze starts with the Google Assistant intergration, there should be an setting to make the Google Home chime or siren .

Really nice that you took the time to describe the perfect siren for Wyze! Hope they will do it like that.

In IFTTT, you can already so something things with Assistant. However, I haven’t found a solution to having Assistant run as a target action. So whatever Google Assistant integration is done would need to allow it to ring your siren. For example, the current Alexa integration is pretty limited (though still really cool). AFAIK, it only allows you to show the camera. You can’t have your Echo Dot ring a siren sound. This might be more difficult that simply building a 100dB plug-in siren speaker that connects with Wyze Sense’s mesh network.

Doesn’t totally work. There are a few IFTTT sirens, but most appear to need a dock or hub, making the price pretty high. The closest I have found is a smart-plug that turns on and off. Haven’t tested it myself, but it requires some work to test. Also, you can’t easily change the ring conditions. For example, if I want the contact sense on a window to trigger an alarm at night, but not during the day, you have to go into the IFTTT app and manually disable that applet. Turning off notification for that contact sense in the Wyze app won’t do it. And if you want to have a siren for multiple contact sensors (but not all of them), you have to make an IFTTT applet for each one, and manually disable each one. Again, less than ideal.

One solution would be to update the Wyze IFTTT triggers. But you would get more control if the whole thing could be brought into the Wyze ecosystem. For example, a 30 second count-down like in most “proper” alarm systems - doesn’t work with IFTTT. Also, IFTTT doesn’t guarantee faster than 15 minutes response time (has always been faster in my experience, but who knows if it always is).

Good idea with using Stringify. However, they appear to have recently decided to close up shop.

Separate box to plug in that can be sent event triggers and chime would be nice with a few different sounds to differentiate what event just happened (cam motion, sensor motion, open sensor). A list of sounds, or just single, double, triple buzz on a piezo or something would be great. With less than 10 you could probably do enough different things to know exactly what just happened by hearing alone.