Hello Ladies and Gentlemen, I was able to be lucky enough to beta test the V2 and here is my review of the product:

Upon receiving the device I noticed it comes in the same clean tiny box as the V1. The V2 has a Matte Finish instead of the Glossy finish.
Now this is where the confusion came in for me. I placed both cameras side by side and when my wife came home I asked her to look and tell me which device was the V1 and which one was the V2… She couldnt tell the difference , until she got really close, then it still wasnt too evident. I left the room and let her move them around and not telling me, I could not distinguish the difference by looking at them until I got really close. So it would have been nice to have something to distinguish the V2 other then the number coding on the bottom. The CMOS upgrade is unbelievably clearer then the V1. The picture is really crisp upon zooming in on the V2 versus the V1 (I will have comparison photos once im home). The speaker in the V2 is definitly louder!Our house is 1800SQFT and I tested the mic to speaker function and could hear myself clear as day in each room, so could my wife. This was over normal sound (EG): Televisions running in each room and my wife could still hear my voice thru the V2. Bathroom with the door closed and running water, I could still be heard, which is a major plus! The V1 has a good speaker, but its not as loud and clear as the V2.

There is a new Feature Called Motion Tagging: This is a really neat feature! My dogs are pretty active around the house when we are at work and one of them are hard to see because of here coat and also because she is very quick! Well shes not that quick anymore! With motion tagging, it outlines any sign of movement on your saved video clip, or your motion/sound alert clip (You have the option to disable this feature if you do not want to use it).

The built in microphone? Allot better then the V1! I can actually hear my wife when shes in the sunroom with the door closed (The microphone is not to the intensity point where it becomes creepy but its strong enough to catch patrons if they are in front of your house carrying on a conversation which is a good thing).

The night vision works awesome too! more clarity with this camera in the dark and it shows!.

This is round 1 of my actual review (I made a FCPX video that I will upload once im home).
From a user stand point? You will still have all the same great features as version 1 BUT with allot more advanced hardware coming in to give the final WOW factor!
Im amazed that the WYZE team packed more punch in the same great product and kept the price point the same! If anyone has questions , I have a ton of answers!

** I tested this unit with the following size MSDC: 8gGB,16GB,64GB,128GB and the unit excepted all of these. There was one person able to use a 250GB MSDC(Which I have ordered and will be receiving soon)**

Again, The only thing that I wish was added would be the color scheme to differentiate the models…

Like it or not folks , I would say its safe to say this company will continue to WOW us with rock solid products and an unbelievable price point!
Got questions? Well I got answers!!!

What firmware # is that unit using?

Here ya go! I’m in the beta software program so my version might be different.

It would be great to see the difference the matte finish makes on recording through a window. My V1 units are not great at that.

Also would appreciate seeing a few examples of the same/similar scene as viewed through V1 and V2 to compare image quality.

Just trying to quantify the differences… Thank you!

Is v2 water proof? Are you able to draw where ther motion detections should be on the screen ( like ring pro)?

Sean, I do the same (point two of my cameras through a window) and have the same sun reflection problem that you probably have. My guess is that is has more to do with the color of the camera housing (white) than the finish. I’ve ordered a handful of V2 cameras so will report back in 2-3 weeks to let you know whether or not the matte finish helps with this.

I think it would be nice to have the zone motion detection feature on the wyze cam but the two really important features for me would be a web interface and being waterproof. By being waterproof would give me more option on placement of the cameras. They have some kits at amazon for those cameras but they say it does not work very well also they cost more than the camera itself. Anyways take away messages if you reading this Wyze. waterproof and web interface access for the videos.

Thanks! I was only curious because they put “A matte finish replaces the glossy finish for the original Wyze Cam to reduce reflection.” right on the sales page for V2. Just wondering the actual impact.

Yep! Both of which are requests we are aware of. We have taken that into consideration in our future product road map. Thanks for the feedback!

From some of the V2 reviews on reddit with side by side pictures (for example https://www.reddit.com/r/wyzecam/comments/7y7epb/wyzecam_v2_review/ ), it seems that the V1 wyzecam has a wider angle lens https://imgur.com/a/lSoYQ. But I have seen claims that the both are 110 degrees. And none of the reviews make any mention of this difference.

Have you noticed a difference? Is is possible that the V1 cameras were just taking pictures from further back, since they were not intentionally comparing the field of veiw.

@sean11allen the finish of the device does make the sun less reflective. This is also helped by a better CMOS. @buckeye both angels are the same. Maybe the positioning of the other posters camera had allot to do with it. I didn’t find any difference in angles. I believe their field of view was totally off. Here are photos. My V2 sits roughly 3’ 5” lower 14” further back. I’m not home and won’t return until tomorrow or Friday When I arrive, I will create a better test environment for you. I will also do a side by side window view too. 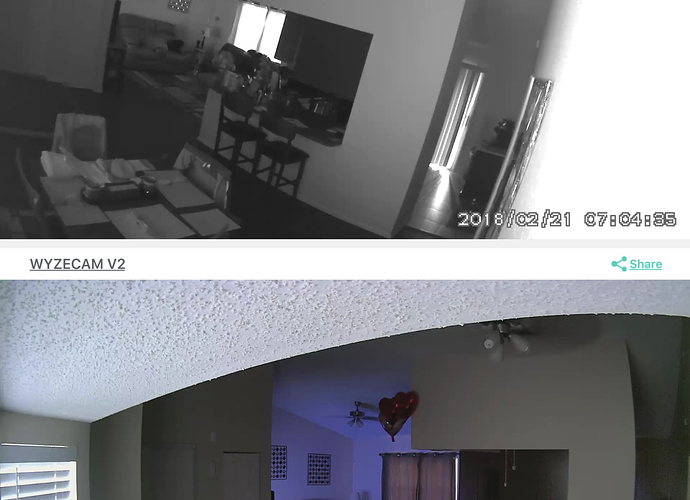 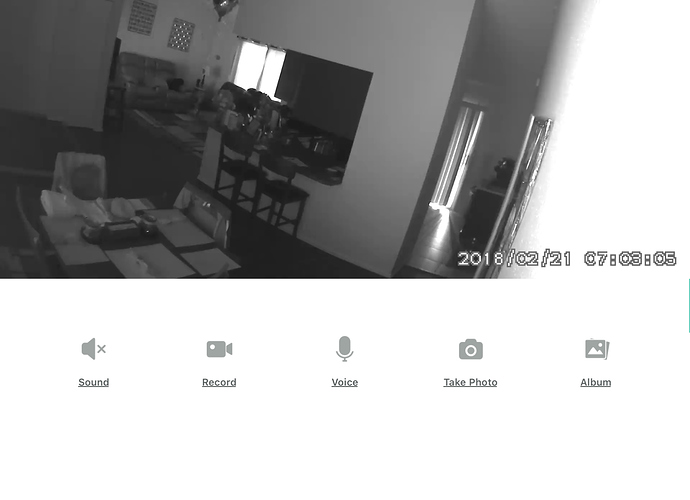 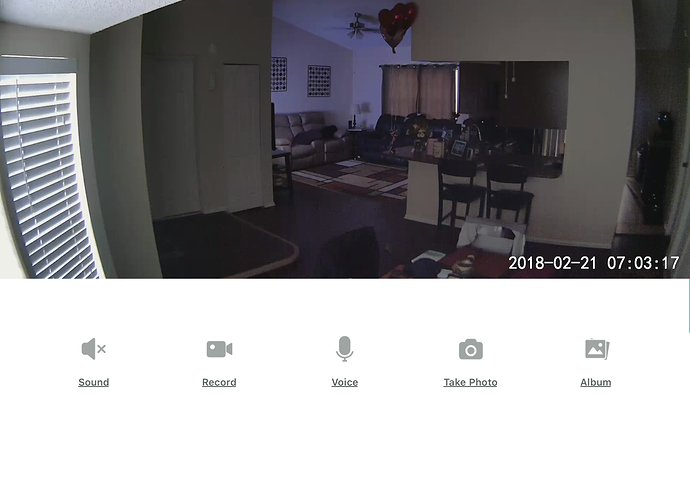 @iMacoo7 Thanks for posting the photos. I have two v2 camera’s back ordered.

Can you login to the camera whilst away from home and see live views?

Using the phone app, I can on V1 cams so it should be the same

<!–more–>are there any performance advantages or disadvantages to using the different msdc sizes (other than having more or less storage)?

Also, can you give an estimate of how many days can be stored on an Marc card utilizing the motion detection feature.

Has anyone else has any issues with the resolution being better on v1? The color has more lol but the lights are blown out now and the details are worse.

I received my my v2 camera yesterday. I noticed that v2 doesn’t have good picture quality. Once I setup it up… it did automatically updated the firmware on v2.