When I do a live stream on my WyzeCam v2, the image displayed on my iPhone X is surrounded by green horizontal lines all over the screen. (please see the attached video and picture). This was happening on one camera so I had Amazon send me a new one to replace that bad one and after about a day, the new one started to exhibit the same behavior.

This is happening whether I put the camera inside my home or if I have it outside.

Has anyone else had this issue and if so were you able to resolve it? 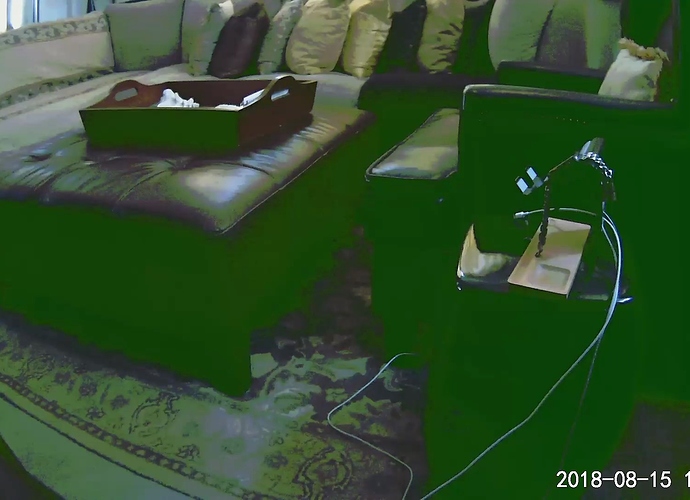 Yes, I’m having the same issue. The entire image is green. I’ve tried power cycling several times, leaving it off to cool down for a bit, firmware doesn’t appear to be downgradeable.

I’m going to return it through Amazon and get another one. I hope it’s better.

goneballistic, thanks for replying. I too am returning the defective camera through Amazon and should be receiving my new one today. I hope I don’t see this issue with the new wyzecam.

I have the same problem with green discoloration with one of my four wyze cameras. 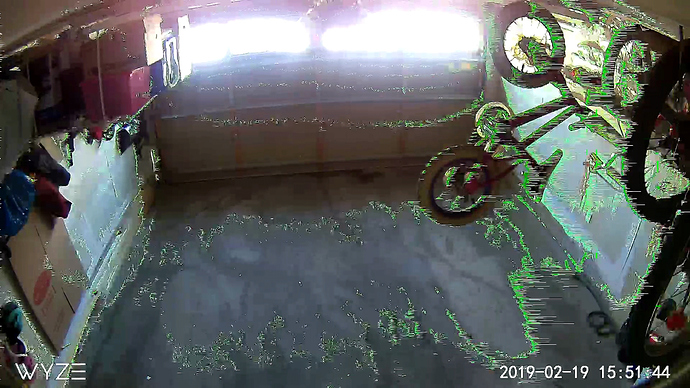