Looked what happened with J&J Talc baby powder (Not sold in US anymore and Lawsuits). Talc came from China so Wyze needs to find out what is going on with the watchband.

Wyze heard about the strap issue within the first few weeks of the Band’s release and yet they did nothing. Their only goal at this point seems to be to increase revenue just to sell the company. They’s stop being a good company that supports their products and they do is have their untrained customer support staff read through a trouble shooting list and if that doesn’t work then they just replace the product, never addressing the cause.

They still haven’t given us an update to delete custom background pictures we put into our Wyze Band. You’d think that basic feature would have come with the initial product release.

I had to stop wearing mine as well. It just was not worth the rash and the poor reading of heart rate.

Can we get a replacement band for free that doesn’t do this? (this photo is taken after a day of healing; it was much worse) 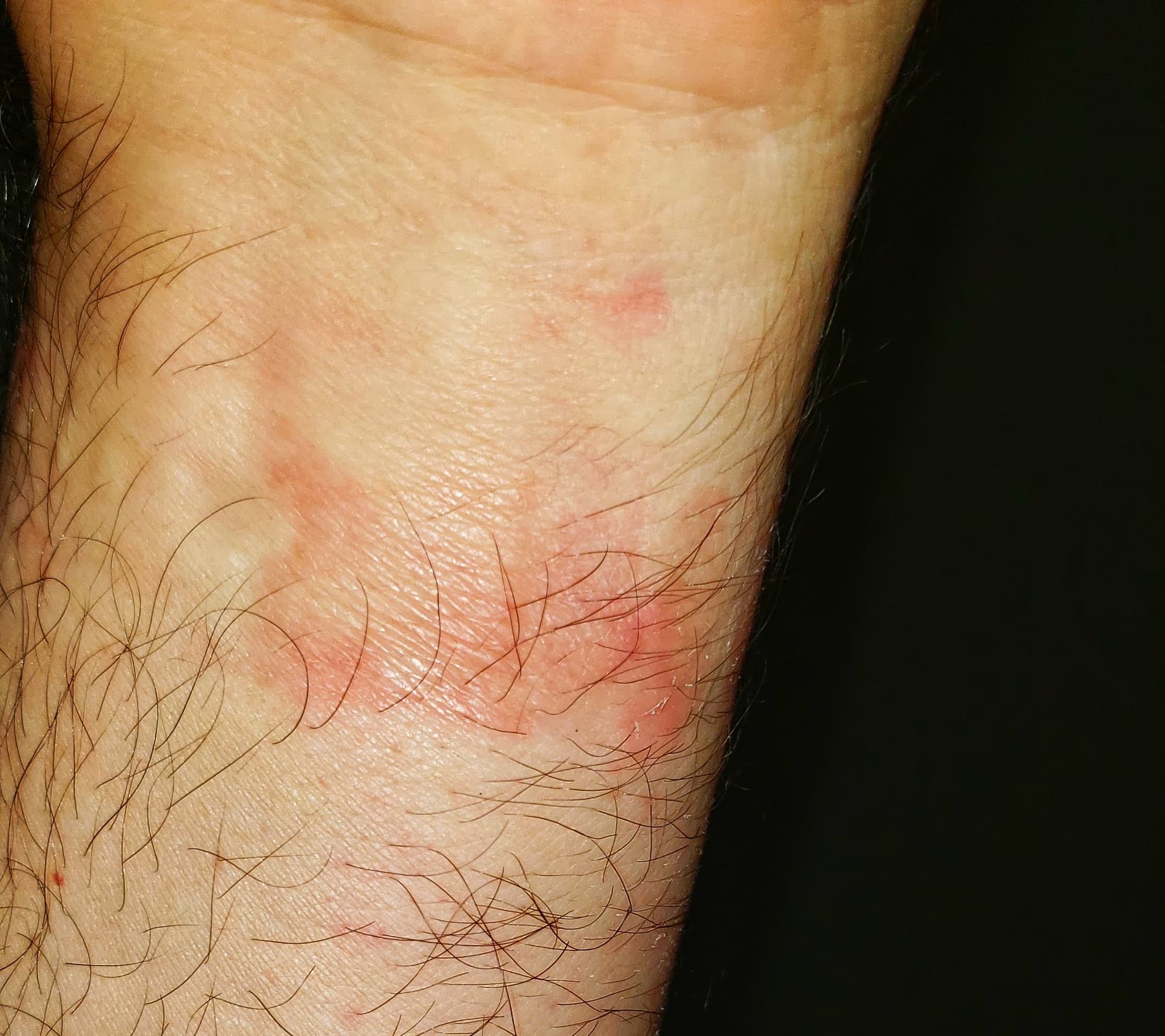 No we can’t because Wyze won’t admit there is a problem with the band. If they do replace it, most likely it would be for another one made of the same materials. And since Wyze doesn’t seem to be listening to us, or just doesn’t care, we all need to file a report with the U.S. Consumer Product Safety Commission, as cohibajoe suggested.

I have the Orig. One.

But I thought it was jus me !

Sadly, these replies show wyze as not a good partner.

Especially when the watch is promoting health related features.

I love my watch, but don’t wanna loose my hand, arm or life, over it.

Too band I put 100’s in their products.
Enjoyed those early pioneering days !

Funny,
They are following a trend seen across the country.

Joe B. Better put some teeth back in the, " Consumer Products n Safety commission !".

I have had a Wyze Watch since the beginning. I have had no issues with the Band and my skin. This is probably an allergic reaction or possibly the band is too tight. I would either move the fastner back one notch or purchase one of the leather bands. I recently purchased the Brown Leather Band and also have no issue. By doing this, you can eliminate the Allergic Reaction possibility.

As @towelkingdom indicated above, a 22mm watch band will work.

The wyze band is attached to the watch, EH !
Same mark on my wrist. !

Version 1 n 2 both have silicone straps !

I wear the watch described as " Bracelet" or the 22m" band. Cannot find a leather band for it especially due to it’s unique design via hookup. Band is junk and yes on the consumer complaint.

Are you saying the Wzye Watch uses the same strap that the Wyze Band uses? Then double shame on Wyze because they knew about the strap irritation way before the Wyze Watch was released. And since the Wzye products are made in China…the same China that had lead in children’s toys for decades, you’d think that Wyze would be very clear about using at least food grade silicone for their straps.

I was one of the early adopters of the watches and bought both of them as a set for me and my wife. She noticed it first the apparent rash / burn. I later saw I had the same issue. so we both have the marks that look like a chemical burn from wearing the watches. I wear mine most of the time except when it gets really bad, my wife who has many other watches wears hers only occasionally because of this. Don’t know why it’s been almost a year before i decided to see if anyone else was having issues with this. glad to see we are not alone.

I use the Wyze Band every day and don’t have a reaction.

I’ve got the same problem. I ended up swapping out the band for a nylon one. It’s not been an issues since.

It is interesting how Wyze hasn’t addressed this issue.

Nothing new with this Company addressing issue’s.

I’ve got the Wyze band and both the 44 and 47. Neither myself nor my husband have had any issues with the silicone bands and irritation or rashes. I’m sure, like with a lot of things, some people have a sensitivity or an allergy to some products while the majority do not. The only unfortunate thing is the Wyze band doesn’t have a traditional watch band that can be replaced, where as the Wyze watches can (22mm).