I have 9 Wyze Sense Sensors that I had no issues with for the last 12 months - They have worked great with the exception of low batteries . Now after the latest updates and AWS maintenance it has been a daily chore keeping them connected . I have to power cycle the camera with the bridge in it daily now . Usually the sensors will go offline in the afternoon . I replaced all of the batteries over the last week . Also checked signal strength all good .
Yesterday I moved one of the bridges to a different V2 camera and this afternoon all but one of the sensors on that bridge were offline AGAIN ! Note below the Newspaper sensor is on the same bridge as the others that are offline . Power Cycle the camera and they all come back . Very frustrating . 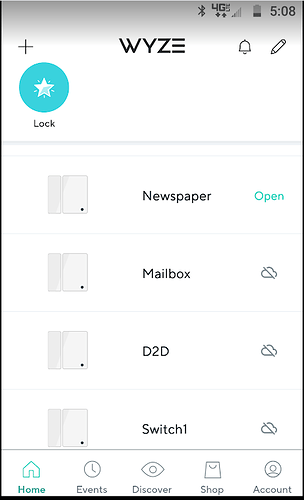 I’ve been beset with similar issues too in the last few days, extremely frustrating. Contact sensors used to be so solid

MrGadget, I have had that happen and used to reset and generally putzzz around trying to get them back. After a while, I decided to leave them as I found them and miraculously they came back on their own. I still maintain that updates/changes are made consistently without telling customers, some of them backfire.