Right now we still have over 50 job openings at Wyze, and we love hiring people that are already Wyze users. Take a look and see if you might be a good fit!

We’d also like to introduce you to another Wyze employee! Check out this month’s employee spotlight featuring Kanghui Liu! 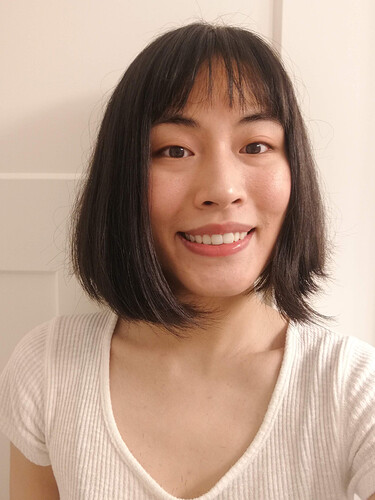 Kanghui works on our AI team and may or may not let you in on a secret about some new AI features coming soon:

What is something that was discussed in one of your team slack channels this week?

This week I discussed with the team how I spent Chinese New year. We also had a reading group presentation discussion about how to use GraphQL, the pros and cons of GraphQL compared to RESTful API, and our ongoing projects.

What is something Wyze-related that only you or your team know about?

Our Team has recently filed a patent about object detection which will be used in our product!

What did you do this week at work?

I have been doing load testing for Elasticsearch, which is a database tool that can store data but most importantly, it can be used as a search and analytics engine. This project belongs to our Wyze Camplus - Event Insights and Summary, which enables our users to do search through their videos.

What was your biggest win at Wyze so far?

I’m just finishing my work on the infrastructure and service for the AI Sound Detection system (e.g., baby crying, dog barking, etc.), the feature isn’t out yet, still waiting for firmware integration, we are hoping to release this feature to public within a few months.

That wraps up this month’s Wyze Employee Spotlight. As you can tell, there’s a lot happening at Wyze these days. If you haven’t already, now’s the perfect time to subscribe to our newsletter and be among the first to know all the latest and greatest news from Team Wyze!

Kanghui works on our AI team and may or may not let you in on a secret about some new AI features coming soon:

Oh, man, come on Kanghui! Now you just HAVE TO (have to as in pretty please), share some new secrets [not already included in the original post]. I mean, they basically gave you PERMISSION!

Tell us something super cool, even if it’s not something that’s for sure going to happen, but something you’re thinking about or looking into.

And please don’t say the baby crying or dog barking count, because we knew those were being worked on…and we knew there were events insights allowing us to search or filter videos…please give us something savory!

Kanghui Liu Can you estimate how long before AI takes control of the world?

Very excited to see the new AI baby crying detection and Elasticsearch. Any timeline of just a couple weeks vs months would be great to know!

What else are you testing? The Wyzecam noticing no activity in a room but a certain amount of time past since the last Robot Vacuum job and the cam can see a mess on the floor…

how long before AI takes control of the world?

Just for kicks and giggles…in theory, it will be impossible to know IF true AI takes over the world.

Artificial intelligence (AI) refers to the simulation of human intelligence in machines that are programmed to think like humans and mimic their actions. The term may also be applied to any machine that exhibits traits associated with a human mind such as learning and problem-solving.

If we take that quite literally…true AI means it simulates Human Intelligence, and will think and act like Humans. By some standards, this means we shouldn’t be able to tell the difference between them. They should act as erratic and stupid and emotional as humans. If they act smarter, more logical, less emotional, better, etc than humans, then one could argue they aren’t true AI by this definition, right?

So if AI “takes over the world” then nothing will really be much different than if AI never takes over the world…which isn’t necessarily reassuring…we’re so mired in “tribalism” issues that throughout history humankind has even tried to attack and wipe out everyone else different from them who aren’t part of their own special “in-group”…so it stands to reason true AI made to think and behave exactly like humans would attempt this at some point, and they’re nearly indistinguishable from humans, it will be pretty hard to fight it.

Who knows, if true AI is indistinguishable from H.I., then maybe we’ve already been taken over…At the very least it would give some good excuses for some of the craziness in the world lately…

If it doesn’t try to kill all mankind and take over the world, it’s not a “true” AI, by Hollywood’s definition.

I am not sure about the timeline, a few more months sound more realistic.