My metal mailbox was pretty beat up, so I thought I’d take the opportunity to replace it and install an open/close sensor in the process.
I found a mailbox on Amazon that was large, plastic, and what was cool is it came with a little yellow notifier that pops up when you open the door. I thought I might be able to use that assembly for an open/close sensor, and that’s just what I did.
I’m new to WYZE so I didn’t use their sensor for this install. I stayed with the Z-Wave ones I’ve used the last couple years. They’ve proven to me the batteries last a long time, and the range is phenomenal. My mailbox is across the street. Before I took the old one off, I placed the new one on top of it, and watched my Smartthings app as I open and closed the door. It worked great…! I Set up the routine in Alexa for her to say “The mailman just dropped off your mail”. 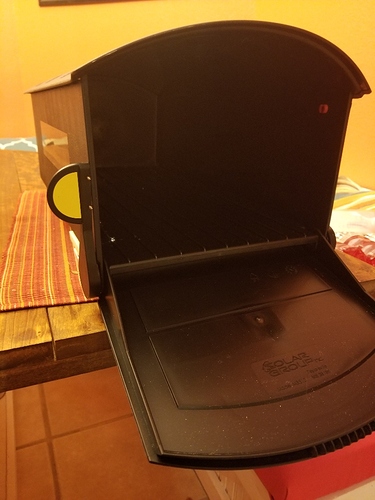 I bolted a piece of wood to the bottom. I used the included screws to attach the sensor to the wood, and the magnet to the flag arm instead of using the provided adhesive pads. I used a picture hanger bracket as a stop for the notifier arm. It worked out great. 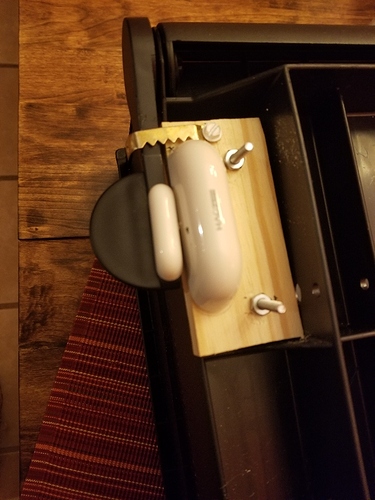 Notifier arm in the down position resting on the stop. Getting ready for paint. 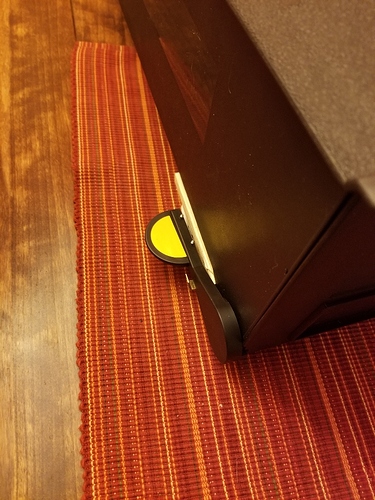 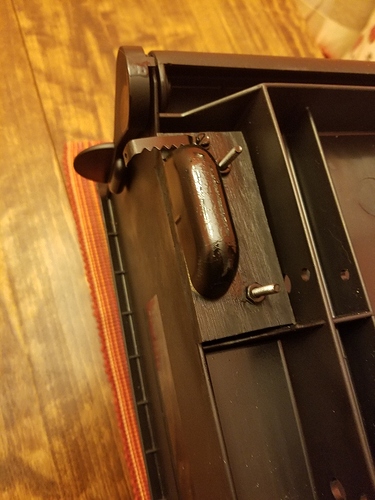 Flag in the up position. 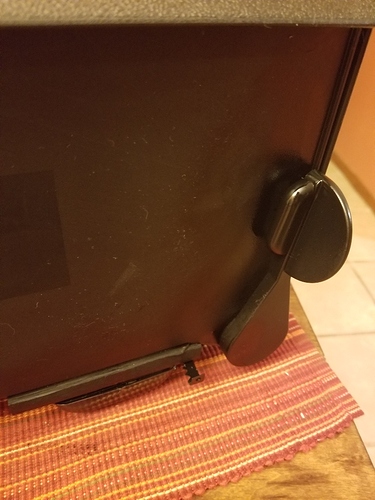 The only thing inside the mailbox are the two screw heads. I don’t expect that to be a problem. 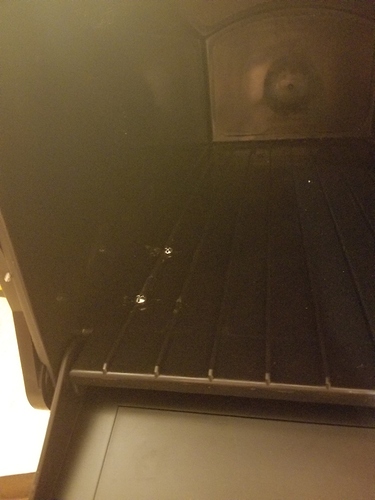 I would have included links to the mailbox and sensor I used, but I didn’t know if that’s allowed here or not. If someone’s curious PM me. I think I covered a lot of bases with this install. The sensor is on the outside, underneath and out of sight, yet accessible for battery change. Nothing inside the box except the two small screw heads.