Yay! I love when these are done on Youtube more than the other platforms.

Looking forward to what these guys have to say.

Sometimes I think they should just skip all the actual media production, cut to the chase, give carver a personal phone briefing, and let him post his summary.

That would be ruthlessly efficient!

I’ve gone cross-eyed trying to find it! Help a friend out and be more specific?

Sorry. The Disruptors fiddled with the quote.

I also searched and searched yesterday for this mistype and checked to see if the original post was edited (it hadn’t been), and couldn’t find the mistype…I was getting more confounded by the minute…and finally I decided our buddy @peepeep got me good with one of these: 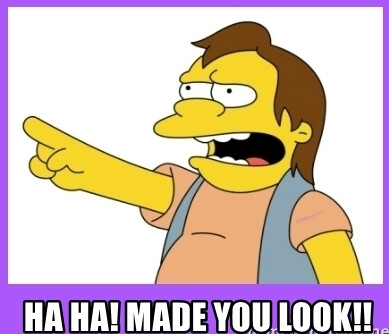 But then I decided this term actually could definitely work as an appropriate word here since the definition of confound is:

cause surprise or confusion in (someone), especially by acting against their expectations.

And the Wyze Cofounders have definitely confounded the competition, disrupting several markets with affordable tech and features. It’s surprising to some and confusing to others how they pull it off, usually significantly beating out competitors, definitely acting contrary to all expections…so in that sense I guess it is appropriate. The Wyze Cofounders have definitely confounded the market multiple times, starting with their camera prices that backed extra features at cheaper costs and moving into other markets and services including the awesome stuff coming out with new AI features…including in the future of letting us train the AI to recognize anything we want. No wonder the competition is confounded…that’s really innovative…perhaps the co-founders should be proud to be called confounders as they’ve become such an unstoppable juggernaut that is confounding others in the markets they break into and disrupt. @peepeep might be on to something worth embracing here since that’s what Wyze has often been doing to their competition. They’ve even started having others follow suit to try to compete…and honestly low price competition is great for EVERYONE, including those who prefer other companies…Wyze is helping you to get better competitive prices with your favorite brands over time too. Keep on confounding the market with your great prices and unexpected ideas such as your cool AI ideas (letting us train it however we want) and anything else you awesome confounders come up with to shake up the industry.

He really doesn’t get paid for this, folks. I don’t understand it either.

LOL Thanks buddy. Sometimes I enjoy having fun on little rants like that too.

Though honestly, you can’t tell me as a tech lover that you don’t love that there is competition toward more affordable tech.

I know you at least that well.

I too have stuff from competitors, including some Eufy cams, and I love that Wyze keeps pushing others try to offer more stuff at lower prices…that’s all totally genuine.

You got me good this time, peep! 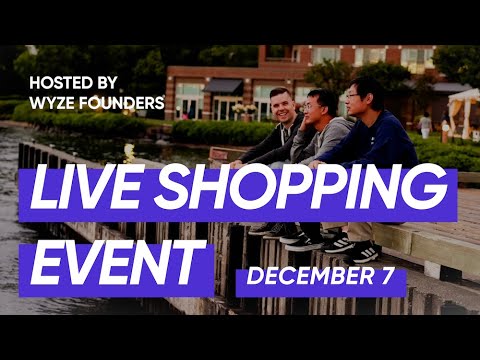 both you guys are cuter than bugs, and don’t even get me started on the G-person…

What I want most is to see Der Bingle’s great grandson, Dave, croon a full update while strolling like a minstrel through a disrupted confounded tech landscape (use your imagination, it’s not a finished idea.) He plays AND sings you know, though I don’t think he can actually DANCE. Yet.

Dreaming of a Wyze Christmas?

HERE ARE MY FAVORITE HIGHLIGHTS - Re: Wyze Youtube event:

Actually one of the very unique and interesting things about this product (The Wyze Floodlight) in particular: It was developed in partnership with The Home Depot…

We’ve been setting up with Home Depot in the past it was a merchant relationship --Yeah, we love Home Depot!-- And this time they helped us understand the market on this user use cases and we developed together. So I think this is a very, very fruitful relationship together, to build something together, for us, and for Home Depot and for our users as well…

…They helped us get this done and I mean they have been with us every step of the way in developing it, so huge shout out to The Home Depot. Love you guys.

(I thought it was interesting that Home Depot was a partner in developing the Wyze Floodlight. Very cool, and hopefully they partner together on more things.)

Is Wyze thinking about making a 4K Wyze Cam?

(Lots of hesitant laughter) …I don’t want to get into trouble…but we are always innovating so there are always new cameras in the works…Next year you’ll see new cameras coming.

And also, making a 4K camera is not that difficult, but we want to make great tech accessible, affordable to everyone, and that’s not easy. So when we introduce a 4K camera, that will be an affordable 4K camera.

Will Wyze release a Black Color of the Wyze Cam V3

We’re going to talk to our P.M.'s (Product Managers)

Comments in the Live Chat (I believe it was WyzeKenny typing the chat responses):

They also answered some questions about things such as:

And they talked a lot about some of their favorite Wyze products, demoed and talked about some of the products…the primary objective of the video was as a Flash sale, so most of it was talking about the current products, but there were some interesting other statements and discussions and new things too.

Just in case anyone isn’t sure, the Wyze Bidet with AI was a JOKE, but I still included it because it was hilarious.

Also, I wouldn’t take “Stay Tuned” in the above comments as an official announcement necessarily…I’m personally just going to assume it means they are interested and it’s on their radar but who knows for sure if their researching into the product means it will work out or not, and I look forward to a more official announcement in the future, but I am happy it’s something they’re looking into or considering.

Thanks for the window into Wyze World, @carverofchoice

I think without exposure to the social media platforms - ie, if this forum is your main line - you will miss the real Wyze, and one’s projections about their future being compatible with yours, will be faulty.

The quick pulse of the fan base is not really here, like it’s there, and that pulse, dancing with Wyze’ own, is what will hasten down the future.

As a Wyze minimalist (cameras, plugs and bulbs) I’m doubtful this condition will likely change:

I have five Wyze issues like this [chronic unsolvables] I keep in a big lump in my back pocket.

It affects my posture when sitting and looks funny when I’m walking around but I’m mostly able to ignore them other than that.

So, oddly, I’m a little sad, because it means that gradually we will probably part.

I was not able to participate, as I am working at 3pm PST,

Any chance Wyze can move these to 4pm, or 5pm PST? I understand you are accommodating multiple time zones. Perhaps 3pm this time 5pm the next time? Wash, Rinse, Repeat. Or maybe even on a weekend day? You might get more folks participating.

Was there any conversation at all concerning something that confounds about 500+ folks in the forums? That pesky Landscape Issue on iPads and Android Tablets? (any mention of Wyze App v3.xx.xx ?)

Sorry SJ, I didn’t hear anything about Landscape view in the webinar today.

But for the most part they were just showcasing currently available main products, with the exception of a few chat replies to “stay tuned” for future announcements.

If your just looking for information , It’s recorded you can watch it anytime that you have the time.

Youtube works in landscape mode on my iPad. Holy Cow!