i know it may seem like asking for too much, but can someone write a step-by-step primer on how to use Wyze Cams with RTSP and a NAS or other monitoring devices like a tablet or PC? If such has been done before, please provide links to where to find same.

I consider myself somewhat tech-savvy and I am not too lazy to do research of my own but I get drowned in acronyms real quick whenever I start. For instance, I start reading up on RTSP, then an article throws in ONVIF - whatever that is - then another mentions ONVIF and RTSP are different, but by then I have gone so far down the rabbit-hole of ONVIF, so I have to backtrack again.

TLDR: A guide on how to use RTSP and a NAS with Wyze Cams would be nice. No emphasis on particular brands necessary but highlighting the advantages of several software/apps/equipment/protocol/settings combos used would be very helpful. Thanks!

That can get way too complicated, there’s no easy way to write that up. Too many possibilities.

ONVIF is different from RTSP. RTSP is really just viewing a stream. ONVIF provides more control over the camera directly than RTSP.

What is your situation? Do you have any specific existing setup that you wish to modify for use with RTSP and Wyzecams?

This was provided in the news letter:

MOD NOTE: This is also found by searching “RTSP” on the support site (link top right).

I have a Wyze Cam v2 and a Pan. Looking at getting a Synology NAS in the near future. Also been using tinyCam Pro although I’ve seen people mention VLC. Got an iPad lying around somewhere and I use a MacBook. I also have a Google Home Hub which I am trying out with Google Assistant integration.

How do I tie all these together to get a streaming/monitoring/recording solution? I’ve gone as far as downloading the RTSP firmware from Wyze but I haven’t flashed it yet.

Also, does using RTSP mean I can no longer use the regular Wyze app with my Android phone as I typically do?

I hope this isn’t confusing. Thanks for your response.

For Synology, Surveillance Station is an option…

DS Cam can be used on android/ios

You can still use the Wyze app, RTSP is additional functionality.

I appreciate your response. Thank you…

Are you sure that you can use Wyze V2 with synology? I read the opposite

As a security camera installer I can verify that ONVIF is the undisputed, universal protocol for IP cameras globally. The fact that Wyze didn’t have this compatibility from day one boggles my mind. RTSP is not good for setups of 2 or more devices.

Why do you recommend against RTSP with more than 2 cameras?

RTSP isn’t awful, in fact the audio is much better but there are several reasons why many deployments don’t use it.

If my home where to lose internet access but not power, my ONVIF cameras will chug along happily along with my NVR. Alternatively WYZE cameras would be inaccessible and although they can record onto the internal card, the ability to easily store, transfer, or even export the data in a convenient on-site location remains an issue.

I like the camera and the app. I just want the stream to be accessible to things like a NAS recording device or multiple viewers like 98% of the industry.

So if I run all the cams RTSP and fire up an instance of Blue Iris I can see all the wyze cams at the same time at full frame rates from anywhere on the network with a browser. I think the issue here is having something running, like BI or another CCTV management product it seems to work ok.

I figured there would be exceptions to the rule on this. In fact, it is likely there are several services/apps out there that can properly manage several Wyze cameras in one location but most people who have a solution already tend to want to add cameras to a NVR/NAS/CVR system instead of getting cameras and then trying to find a solution to fit them.

In the end ONVIF may not sport some features of RTSP but it is supported by about 90% of all recording solutions out there and Wyze would be, “wise” to incorporate that functionality into their devices.

Thank you for your explanation of this and your recommendation for further support for ONVIF.

I wrote up a guide for you.

Here’s how to install a Wyze Cam on a Synology NAS running Surveillance Station: First follow these steps: Then open your Synology Surveillance Station app Click on the “IP Camera” app Click “Add>Add Camera” Select “Complete Setup” In the “Add Camera Wizard” Select the pulldown menu next to “Brand” Select "[User Define] Now enter the rtsp path as show on the rtsp settings page on your Wyze phone app Or enter the rtsp path and add the port by inserting it after the IP address examp…

WHAT???
The digital generation needs an Instructable and a Youtube video

I just realize that after you flash for RTSP they remove the People Detection Feature.

Yup - the expectation is that your Network Video Recording (NVR) software will have that capability if you need it.

I’m sorry @brian.sorrells01, but the information you posted is not accurate. ONVIF is not an IP protocol as you specified but a body of governance for the usage of standards for IP cameras. You can have an RTSP based camera that is ONVIF compliant. RTSP is the playback and transport protocol that ONVIF has even in their specification documentation:

If Wyze decided to support ONVIF then they’d build out on top of RTSP and add capabilities such as PTZ and add extensions to Point in Time capabilities.

It is completely fair to say a Wyze cam is not ONVIF compliant, but I have 12 Wyze cams running RTSP with zero problems. I have multiple cameras with multiple clients and I route my RTSP through subnets that I control. These are not exceptions to the RTSP build, they are part of the base capabilities.

Another description of ONVIF vs RTSP from a manager at Milestone Systems, a distributor and creator of IP camera software systems in the industry: 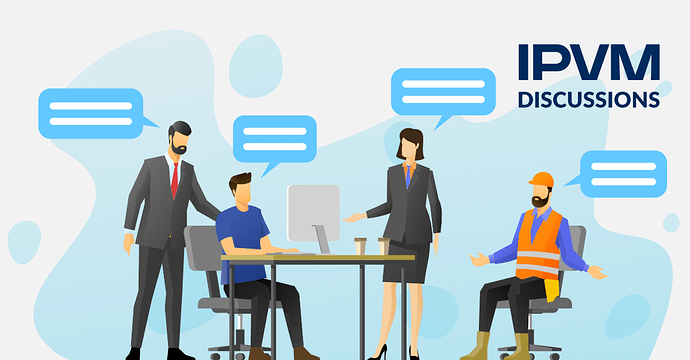 I'm a bit confused, and I'm sorry if this sounds silly. I just need clarification on this. When you connect a camera to a VMS, let's say Milestone, how do you know if it's connecting to the camera via HTTP, RTSP, or ONVIF? You don't specify, you just...

I have 3 Wyze cams down from 8, how did you get past the 2.4 ghz wifi over load issues? Even now I can barley get 3 to work with out constant drop offs?