Looking for infinity focus to monitor outside. The camera sits on the window sash inside the house and focuses more on the window bug screen instead of outdoor. Option to set focus on infinity would be great or distances 25’, 50’ 75 and so on.

Can you post a still of what you’re seeing? The camera should focus easily on distant objects. It could be the camera is defective, or it could be that the bug screens overwhelming the issue. You might want to try temporarily removing the screen and see what it looks like.

Also keep in mind that as you zoom in, you lose resolution. Due to resolution limitations you will never be able to see fine detail on distant objects. This is a different issue than focus.

I have mutliple cameras doing the same thing.With the screen the screen the camera looks fine. I am unable to remove the screen as it cover the whole window.
I understand what you are saying about the resolution. If the focal point can be changed to 75’ or 100’. You would not see the screen as much. 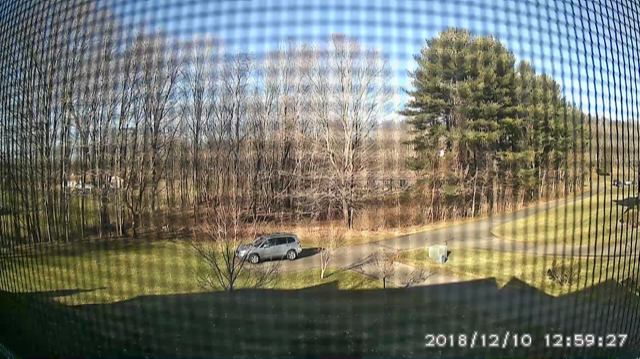 Possibly. However, it might lose focus at closer ranges typically needed indoors (where the cameras are intended to be used). I don’t see Wyze changing this or offering different cameras with alternate lenses.

I removed the screens in the windows where I have my cameras monitoring through windows. Worked for me.

Same here. The lower part of the side windows have a screens and the upper part does not. The central part does not open (and therefore no screen) so camera can sit at the bottom. For the two side window cameras, the cameras are looking through the upper window.
http://newburghlights.org/photos/Front_of_House_2018-12-03.jpg
And, yes, I run a light show…

I had the same setup at my old home. I prefer half screen…

I see the same issue with my camera behind a window screen. And unfortunately I too can remove the screen and it covers the full window. Any word on the possibility to set a focus point at a specified distance or even manually within the app? The only ‘solution’ I have found is to angle the camera so it is not looking straight out the window. That seems to help a bit and only the side closest to the screen is affected so much