Post a screenshot of the advanced settings for that cam too.

here’s the sme room with NV off 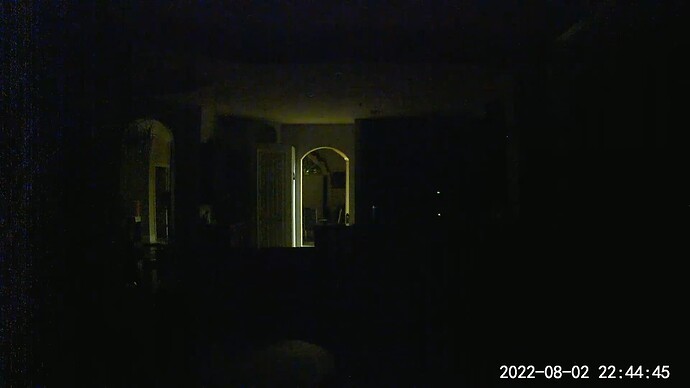 So, by the settings, that looks to be the V2?

It looks like the NV emitters have given up the ghost.

yup. That’s the V2. It’s almost like clockwork how the IR emitters are slowly dying out for the pan cams and the V2 as they get beyond the warranty periods.

@bobbo1179, I have posted the issue with the V3 image quality to this month’s Fix-it Friday thread.

V3 Starlight Sensor: Image Brightness & Clarity and Light Levels required for Auto IR NV on\off have been significantly degraded by Firmware update(s) There have been many reports in the forum of serious degradation in the quality of the V3 cam image, especially in IR NV, resulting from a recent Firmware update. The IR NV and Color NV are significantly darker than previously documented. Also, the image quality is very poor: grainy with excessive digital artifacts. Image quality in color daytim…

Made the mistake of “upgrading” to 4.36.9.139 last night without checking this forum

Same issue night image quality which was exceptional is now unusable - daytime images also appear less sharp with less dynamic range e.g. bright areas are blown out. Support said the only previous manual firmware available is April which I fear has the same issue not to mention that the cameras are installed 20+ feet in the air. I had avoided updates for exactly this reason - my bad. Any help on how to make these formerly great night cameras usable again very much appreciated.

What good NV image FW version did you have prior to update?

There are currently 2 prior versions of the firmware that are available to be downloaded and manually flashed to the cam. I suggest you download them now before they are taken offline and then you can decide if you want to flash back after the next FW update which is currently in Beta testing (.2424).

Sorry, didn’t answer your FW question. Not sure, believe it that I may had both as I have several cams and had made a ‘conscious’ decision not to upgrade as everything was working fine. Saw the delta between, current and latest FW versions - didn’t do the research on date of releases, what was changed or feedback on experiences. Totally my fault to trust the “latest and greatest”. 40 years experience with software should have known to do the research.

No worries. Was just trying to pin down the last good image quality FW version. Going to roll a couple V3 back to each of the available FW and do a side by side comparison when I get the time.

I am also switching all of mine up to 256GB SD Cards so I can run full HD to see if it helps.

I just factory reset one of my v3s so it is on 4.36.8.15 currently. There is improvement in the quality of the image but still some artifacts. I have the landscape lights shining thru the window so there ahould be ample ambient light for the cam to pick up. Here is a comparison of before/after the factory reset. Think I’ll reset the others and leave them on the original version for the better quality.

I also want to add an image to as how bad the image quality is at right now. Can you see the top portion of the image, the driveway is totally washed out, should be some shade of gray as it is ashfalt. Not to mention the licence plate on the red SUV is gone. Also, to the right, all the grass is white, should be green. Should I go on? This is totally agains the Wyze v3 camera selling point of being an amazingly great quality camera. Not to mention a “security camera”. 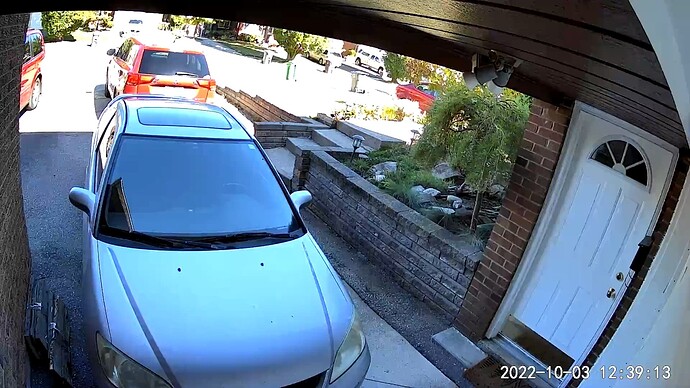 I have the same issue with some of my V2’s and my single Pan. I have done a little research and have found that the IR emitters have a life limit, and do degrade over time. Depending on how much dark-ops hours are used It appears they can last from 2 to 4 years. My initial 4 V2’s that are going out were put in service about 4 years ago. All are about the same. The 3 V2’s added 3 years ago are better, but are slowly blacking out as well. They still work for daylight, just not darkness.

I need to invest in an IR intensity meter and do some testing!

For my v3s I’m not using the IR. The nightvision sensor is…was…good enough or better without ir. That is, until they made sw changes and ruined the clarity.

That is, until they made sw changes and ruined the clarity.

+1 on all this, Multiple v2’s same issues