It would be fantastic if we had an option to Arm and Disarm of all of your cameras at the same time. so basically no motion saved by cameras unless you armed the system when you left the house. this could be the best security with many different cameras all over the house ( and outside once you have new product for external use)

Also windows and Mac application support would be beneficial.

For the first part of your request, this already exists. Two ways, in fact. First, in the current app, there is a shortcuts area. You can setup a shortcut triggered by tapping its button at the top of the device list and have actions in that shortcut to turn off each camera. Second, you can use IFTTT to turn off cameras and you can trigger IFTTT by location of your phone, so you can make it happen automatically when you leave and return.

For the 2nd part of your request, Wyze has indicated that they have no plans for a web or PC app, at least in the near future. The workaround is to install an Android emulator such as Bluestacks or Nox and run the Wyze app (or TinyCam) within that on your computer.

The one feature missing for me in the shortcuts is turn off/on sound detection instead of turning off the camera (which I believe turns off local microSD).

Yes, you can turn the cameras on/off with IFTTT. Go to the URL below and click “Wyze triggers and actions” at the bottom. You will see that Turn On/Off Device are available actions that can be incorporated into a recipe.

I completely agree here. The new shortcuts and automated tasks are awesome, but would be great if we had the ability to turn Sound Detection on/off like we do video and notifications. I noticed this is missing on IFTTT as well. Thanks for all the hard work!

I’ve added your vote for the ability to toggle sound detection via Shortcuts and IFTTT to Wyze’s feature request tracker.

The cameras already have the ability to record a cloud clip and send push notification on sound detection. From the live stream, click the gear icon, then Event Recording > Detects Sound. Adjust the sensitivity under Detection Settings.

Ah, okay, that makes total sense! And you’re right, I did misunderstand.

Here’s where you can go and vote for additional shortcut actions to be added to the app. Make sure you click the VOTE button at the top and add any specific comments in the replies:

Am I doing something wrong? I don’t seem to have the option to turn on/off camera via ifttt. See attached screen shot of available triggers.

The problem is that you are looking for a trigger (IF step) when you should be looking for an action (THEN step). Turning camera on/off is an action, not a trigger. Take a look at the link below, scroll down to the bottom and click “Wyze Triggers and Actions”: 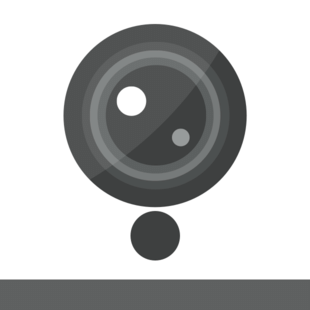 Connect your Wyze to hundreds of other services. Wyze is making the smart home accessible to everyone with high-quality products that have the features customers care about at a fraction of the price. Connect all your Wyze devices directly in the...