Anyone else getting LATE captures? When motion triggers an event, the screen capture in events shows the person triggering the detection zone. HOWEVER, upon watching the captured clip, it’s clear the clip starts AT LEAST 3-5 seconds after the motion trigger.

Is this on the WCO? The WCO has a different initial detection system that the other cameras so I’d say we would need to know what camera you are using atleast to start troubleshooting. Also if you can post a screenshot of what the cameras view is, maybe that’ll provide some pointers to learn from. Thanks in advance!

I’m having the same issue with my WCO.
Also, when the WCO captures movement I receive alerts sometimes minutes after the event has happened. I don’t have this issue with my Wyze V2 cams. 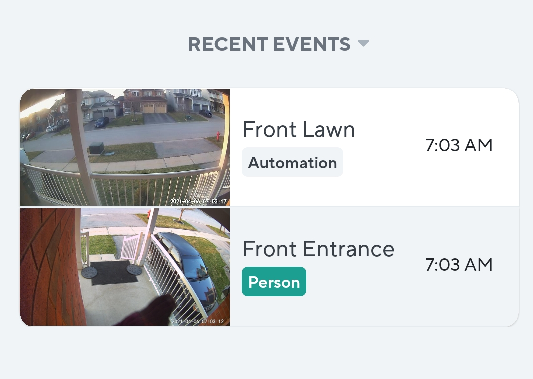 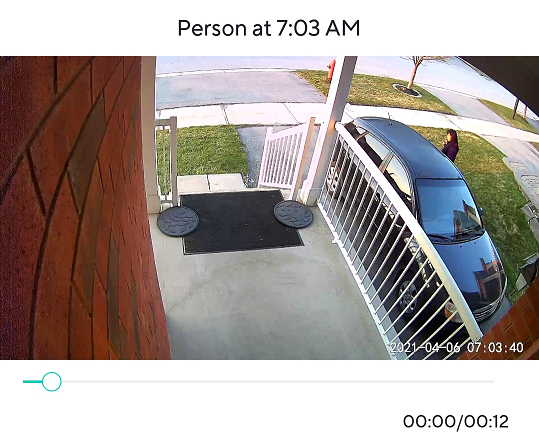 As you can see here. the event screenshot shows my wife triggering the motion detection zone as
she exits the house.
However, when you watch the clip, she’s already at her car.

Exactly, I’m getting the same thing, plus alerted minutes later.
Maybe something that one day will be fixed one day. Could be annoying at times.

Looking at a bunch of my events, it looks as though the thumbnail generation is maybe a second or two AFTER the clip starts. I am guessing it’s this way to show a better snapshot as to what the clips trigger is. But this seems backward from what your explaining.

What is that in the image that’s blury at the bottom of the frame? Seems super duper close to the camera because it’s out of focus. Are you comfortable posting that clip here as a visual aid? Thanks!

I think the “minutes later” event notifications is maybe an android issue. Been mentioned here in the forums as a “Android doze” issue. Just a guess on that front.

The blurry thing is the silhouette of my wife leaving the house. That’s the moment that the detection is triggered.
As you can see by the time the clip starts, she has already walked all the way down the stairs and around side the car.