You make have seen that I added a telephoto lens to my Wyzecam V2. It was pointed out my bedroom window at the swingset. As it turns out the 150 year old window makes the image pretty bad, so I thought I might put it outside.

That particular cam has been outside for more than a year, but the new lens protrudes through the front of the camera body by about 1/2 inch.

I used some silicone caulking to seal things up the best I could. I also added a bit of scrap pvc pipe to act as a lens hood. (Please excuse the dirty counter in the background.)

I’ll update once the superglue and caulking dry and I stick it outside again. 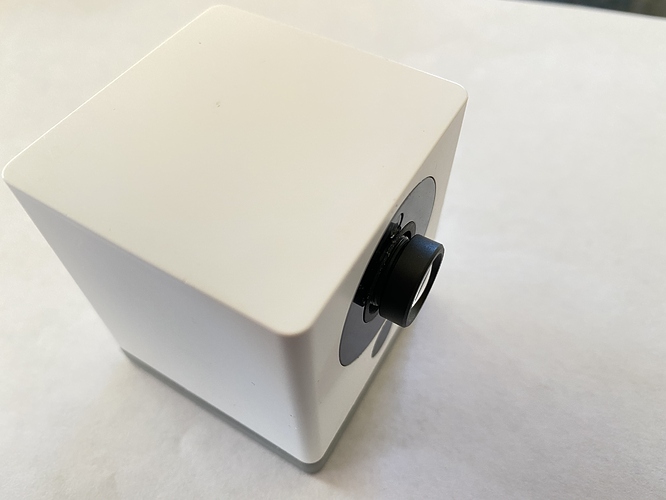 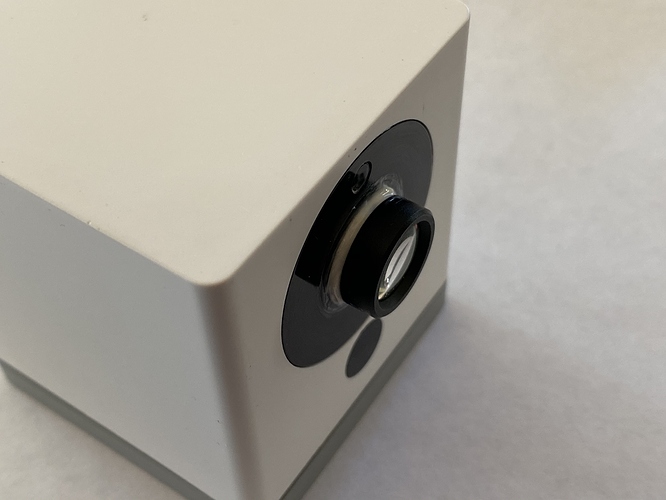 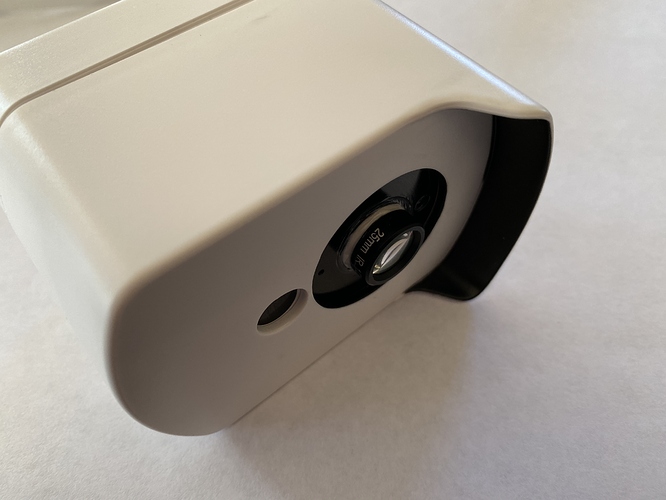 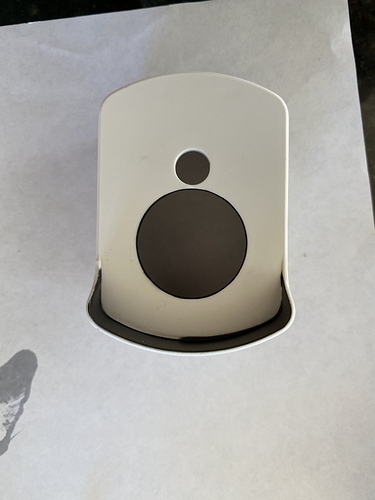 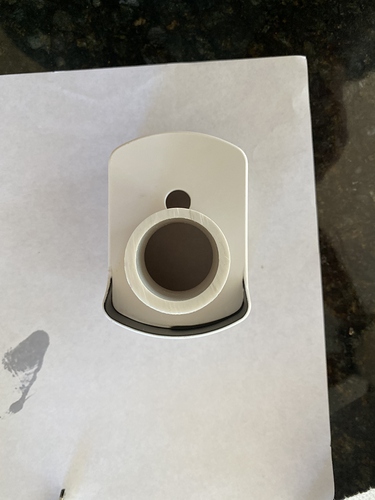 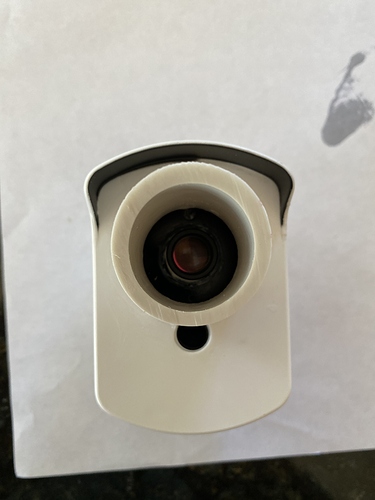 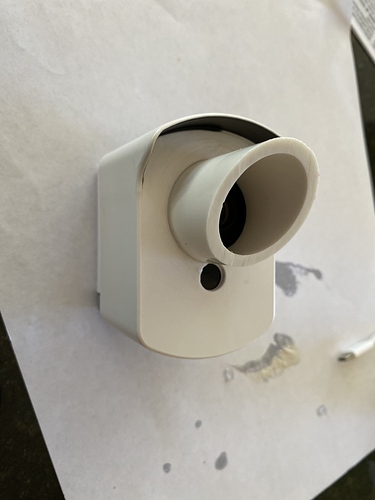 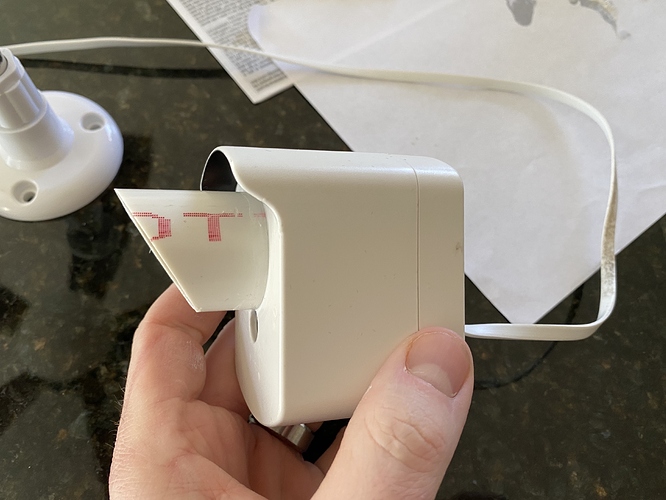 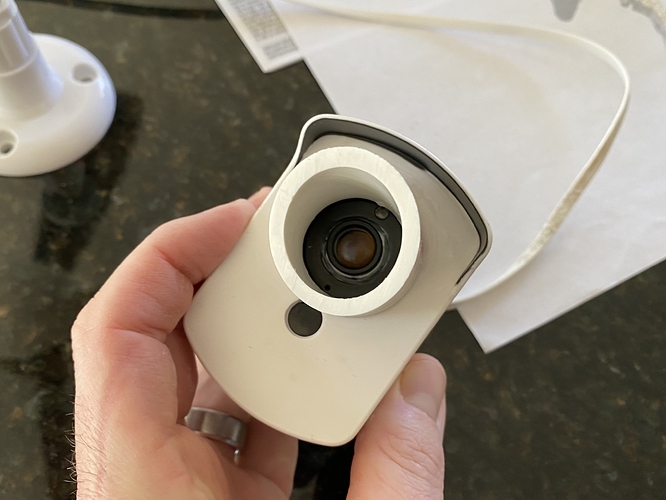 Through the window vs outside. 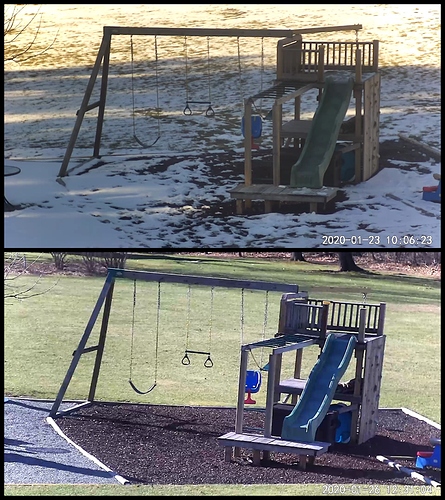 Nice job! The only thing I’d add would be to paint the inside of the pipe flat black since light can cause glare, but your sample picture looks great.

THink I’d have to drill a large drain hole in the bottom of that thing. Water in the openings will collect in the bottom there it looks like. And I’d have probably lose the bottom of that PVC pipe as it’ll only serve to channel water into the case. But honestly, just glue a thin piece of plexi over that pipe opening. It’d take a huge scratch to even show with a 25mm lens.

Hello mathelm64
I don’t think a drain hole is needed because, judging from the pictures, the camera is pointed down. Water channeling down will be along the diagonal cut and won’t go uphill at the bottom of the cut.

Yup. It’s angled down so I’m not worried about water. Second floor window pointed at the ground about 100’ away. 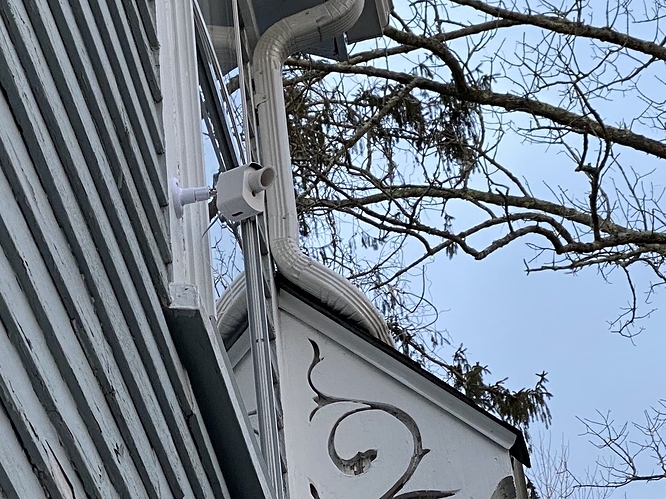 Rain defies the laws of gravity and goes any and everywhere.

But I wanted to see if it would work at all… then once it was up I realized it’s so hard to see, I didn’t need the paint the outside. And so far, no glare. 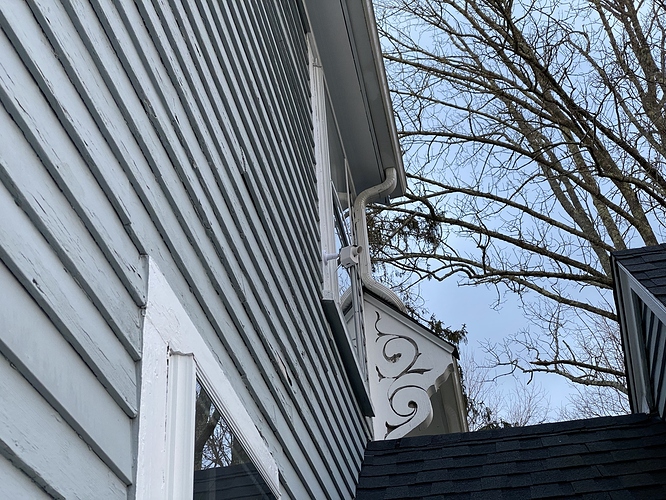 You couldn’t cut the pipe somewhere where the red letters weren’t showing? Come on that’s a rookie move. Seriously though that’s an awesome job that you did there you’re really pull off something pretty cool

I agree, but if the camera is sealed, gravity will win and the water will flow out.

Water always takes the path of least resistance. So it will go wherever it wants to go whether you want it there or not

Omg. Too funny.
Great job on the camera. I need one

I love the idea, where and what type lens did you use

iam looking at amazon but only see lwns for cameras

They’re all over Amazon, but you have to be careful about the IR (inferred) filtered ones. Wyze cams have a mechanical IR filter so they can better see at night with their IR LEDs. So look for things like " Without Infrared Filter" if you want to use your LEDs. 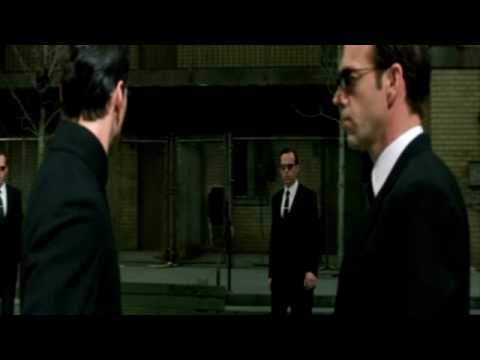 This is the one I got. I have no complaints.