Missing recording when police was visible

I had a police officer put a warning on our car for some nebulous parking infraction in the middle of the night, but the video is blank for the period of time the officer left their vehicle and put the ticket on our car until they were back inside. Why did that happen?

This is from a continuous SD recording. The playback scroll section even shows a blank piece when it happens. It’s almost like the video was tampered with exactly during the time the officer was out of their vehicle.

Is this just a complete fluke or is there something more going on?

It happened exactly the amount of time the officer was out of his vehicle. The zone where he was was outside of my detection zone so it wasn’t recorded to the cloud, but I do have the downloaded SD recording of it happening. 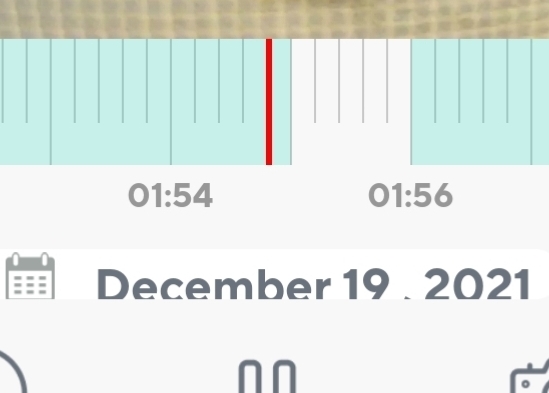 So you have the 01:55 file from the SD card, but it’s not showing in the timeline? Is there anything wierd about the file? Corrupt file somehow?Different file size that surrounding files, wrong extension, doesn’t go the full 00 to :59 minute? I wonder why it wouldn’t display for the timeline.

I didn’t eject the SD card yet and see if there is anything there, but I would assume it’s blank because during the playback from the wyze cam it just jumps across that period of time.

I don’t have any rules on this camera for shutdowns or restarts. We didn’t have a power outage at that time because my power meters showed no interruptions.

It’s just very alarming that the exact time the officer was visible, the video is missing…

I didn’t eject the SD card yet and see if there is anything there, but I would assume it’s blank

but I do have the downloaded SD recording of it happening.

To me these two contradict each other. Can you explain your second comment more? It’s pretty early in the morning I could just misunderstand it.

I kept the SD card in the camera and during the playback I selected the “record” button to record the playback of that section to my phones internal memory.

But I now just took the SD card out so that it wouldn’t be recorded over.

Do you think there is some kind of light pulse someone could use that would immediately disable all smart cameras for 1 minute? Like an IR remote and some kind of internal programming baked into the firmware? Trust me I’m not some kind of conspiracy theorist, but to have the video be blank for exactly 1 minute during which an officer would have been visible outside of their car… It’s weird.

Well the related question is whether this is just happening all the time but you didn’t notice since there has been no cause to review.

(I have had so little luck with Wyze SD recording that I simply ignore it. It never works when I need to see it.)

I review the SD records on a regular basis and have never seen anything like this before. It works fantastic, at least until last night…

Then this has become very interesting…

Exactly! I have never seen this before. I mean, if it’s a coincidence, then the chances of the video cutting out for exactly the amount of time a police officer was seen out of their vehicle are quite the odds.

Do you have other cameras setup to record the same way? If so, do they show a similar gap? How do you think the officer disabled your camera and why?

I have 6 other cameras all on basically the same settings, some pointing through windows, some under a covered patio and all of them have an SD card installed. None of them have ever had a missing segment of video like this.

I have no idea why an officer would do something like that. It doesn’t make sense. And trust me, I’ve worked with law enforcement (as a defensive tactics instructor) and I’ve never heard of anything like this. But to have it happen, only when an officer would be visible, is just weird.

None of them have ever had a missing segment

Did you check any of them to see if this time maybe they did?

There’s a LOT of connectivity in police vehicles. Maybe it’s possible all the radios jammed your WiFi while the door was open?

I realize this isn’t a great theory, since the radios are meant to broadcast outside the car.

Maybe he or she carries a jammer to block their bodycam? I dunno. That doesn’t make sense either.

In most places, police have a special legal protection called “qualified immunity”. They could murder you in your own living room, claim you provoked it, and be home for lunch.

They don’t need to hide from you.

Most judges won’t even hear a case against them.

some kind of light pulse 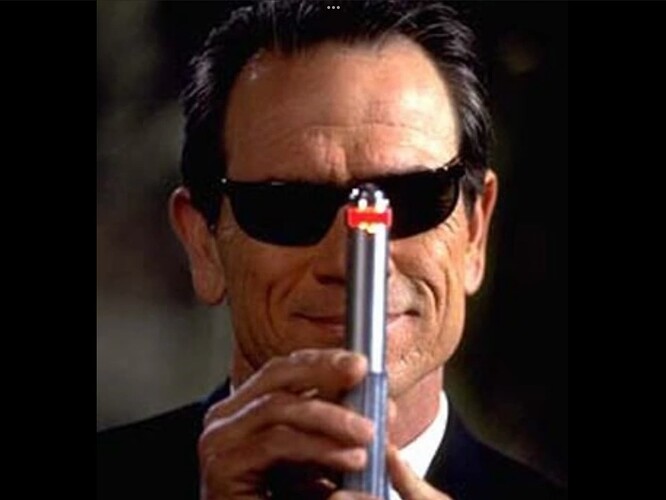 I also have 1 minute gaps in some of my older cams/microSD cards seemingly every hour. I’ve never tried to track it down cuz it is too low on “the list”.

Check to see if you have any other gaps from that microSD card.

I highly suspect it is only a Wyze “feature”… could be a software bug, a hardware bug, some sorta anomalie, some issue with older/weaker microSD cards, etcetera.

Perhaps, you rebooted that cam during that timeframe, which would not explain why my gaps seem to happen every 60 mins.

Didn’t find any. That was the only one.