I recently got a Wyze cam pan v2 and google nest hub gen 2 as it was advertised that the camera could be integrated with the Google nest hub display. I set up both devices on the same wifi network and linked them as instructed through the Google home app on Android. Though I was able to view the camera once on the nest hub display, it no longer works. Google says it is displaying the camera, and I can see the stream working on the Wyze app on my phone, but I get either the screen below or a black screen that just says “Wyze Cam” on the Nest Hub when I ask Google to show the camera and nothing else loads 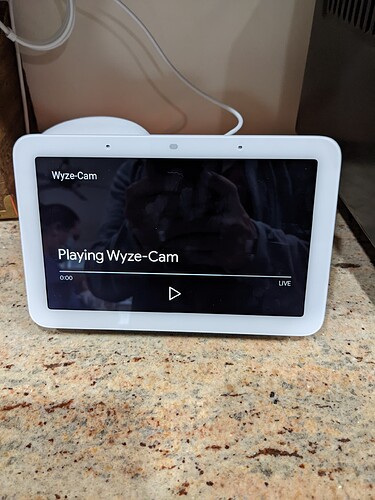