Does Wyze Use This Software?

I just read this on WIRED: Millions of Web Camera and Baby Monitor Feeds Are Exposed | WIRED
Can someone from Wyze comment on whether this applies to their software?

We’re aware of the potential vulnerabilities with the third-party system and have been actively addressing the issue since before the public announcement. But with some security topics, it can be more appropriate to be prudent about the information we share so we won’t be giving further details yet. We always prioritize our customers’ safety and we appreciate your patience.

At this point, you know me pretty well! I’ll make sure you all have access to the info when we’re able to share more. I know it’s not fun to wait and I really appreciate the patience and understanding in the meantime.

Similar discussion in other topics:

just read an article on a supply chain component vulnerability. Anyone know if this component is used on devices or apps ? Millions of Connected Cameras Open to Eavesdropping | Threatpost.

Cause for concern?! Cameras

“The vulnerability is in a software protocol made by Taiwanese internet of things (IoT) vendor ThroughTek, which has customers including the Chinese electronics giant Xiaomi. ThroughTek says 83 million devices made by other brands, such as the camera vendor Wyze, run its software.”

You better erase all your Raccoon, Possum and cat videos, never know who is watching

And this one, too. Do the Wyze cams use the Kalay network?

You better erase all your Raccoon, Possum and cat videos,

You keep making this same joke. You do know that Wyze cameras have always been sold for indoor use and many, many (most?) people have them trained on their otherwise private spaces, right?

As long as there are cameras indoors or outdoors there will be people hacking them or trying to. I’m sorry I just can not comprehend the need to have a camera anyplace inside my house unless it is looking out a window. Why do you need to have a video of you and friends/family sitting at the table eating dinner or walking around scratching your otherwise “private spaces” I can understand a business having interior cams showing every angle 24/7 not the interior of a home.

With due respect, an inability to understand others’ use cases sounds more like a “you” problem than an “us” problem. And you don’t even have to understand it, just acknowledge its existence.

Again, Wyze V1 and V2 cameras were always sold entirely for indoor use.

Film away, you use it you assume the risk.

Some Smart TV have a built in camera, not to mention your phone. Wonder if there is software to exploit. . . https://www.ttspy.com/

My two smart televisions (Sony) do not have a cam or microphone, my iPhone and iPad have a light that will come on if the cam or mic is in use. My PC has a cam with a post it note over it. I just assume that nothing connected to the internet is 100% save or private, I did have my email hacked about 20+ years ago, what a pain in the A$$ that was. The hacker locked me out, sent emails to every contact that I was in jail in London and needed cash. I found out when a Lawyer in New York that I had worked with called me at 4:00 AM and told me. The joys of the NET.

iPhone and iPad have a light

. . which is controlled separate from cam. iPhone apps can silently turn on your front or back camera | Daily Mail Online

From the same article. “You can also revoke camera access for all apps and always use the built-in camera app to avoid being caught out.” Snap away I’m a handsome guy 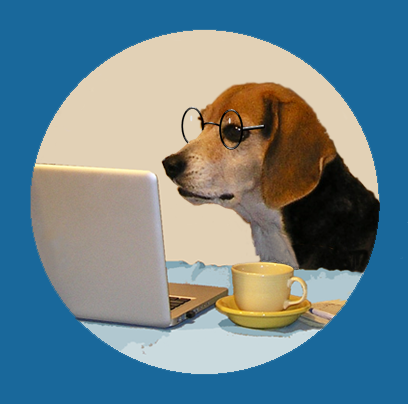 Check your state laws about indoor cameras and where you can put them “legally” in your home and use the footage as evidence in the event of the footage being needed.

In my state, can’t put one in the bathroom, or in any room that is going to be treated as a bedroom with an occupant UNLESS they are made fully aware of the existence of those devices and that they are actively recording. Bathrooms are still a no go even if you tell them it exists in there.

Now if you’re on vacation and no one is home, put one in every room, who cares. The rules change because no one is “staying in the house at this time”.

Hmm, they’re stricter than I thought. I knew audio is more regulated than video. There’s a state by state PDF at

Generally, you can use hidden surveillance cameras to record video without a person’s consent. This includes security cameras at your house. Many homeowners decide to get “nanny cams” to see what is happening in their homes while they’re working or traveling. Other homeowners get exterior hidden cameras that are either mounted within another decoy item so people don’t know they’re present. Both interior and exterior cameras can be professionally installed.

And in other news the Department of State was hacked

I am deeply concerned to hear your recommendation. I have the suspicion that you have been using this exploit against me!

If you have kids, sometimes one will blame the other for something and neither will admit it. Cameras help settle the argument. I have misplaced something and have gone back and looked at the camera video to help locate it. One time we found peanut shells all over our dining room table. We assumed our daughter, who sometimes would not pick up after herself, had done it. Before accusing her I checked the camera. Our dog had gotten up on the table, shelled the peanuts, and ate them. Then actually took a nap on our dining table. We had no idea.

Our dog had gotten up on the table, shelled the peanuts, and ate them