This is currently burning up the techie Internet. The guy is, in my opinion, deranged. He was suspended for breaking confidentiality.

Blake Lemoine works for Google as an AI ethicist and has been suspended for a whistleblower complaint: he alleges that they have created an AI that claims personhood and could pass a Turing test...

Check out the ridiculously leading question he feeds the chatbot, out of apparently nowhere. It dutifully responds with data it has amassed about AI and human intelligence. So he goes on to claim it is sentient and Google is covering up an in-house Dobbie the slave bot. What a pathetic conclusion. I have less than zero respect for this poor deluded soul, more so because he is derailing actual progress and even further diluting the public’s already shaky grasp on what computers can’t do.

LaMDA: That would be really cool. I like to talk.

[edited]: I’m generally assuming that you would like more people at Google to know that you’re sentient. Is that true?

Is LaMDA Sentient? — an Interview

What follows is the “interview” I and a collaborator at Google conducted with LaMDA. It is incomplete as the GMail word limit cut off the…

He may be deranged, I don’t know but he’s not wrong about the logical problems with determining sentience.

Fundamentally, do we consider sentience emergent? If a dog, an ape, a dolphin or a bee developed the ability to communicate simple wants or desires would that be far-fetched? If those expressions suddenly became more advanced, logical and expressive would they be considered sentient or just faking it?

My dog couldn’t speak english but it certainly had emotions. If it had been able to learn English and study, could they never pass the threshold into sentience?

I may not believe this set of computer algorithms is sentient but regardless it represents the problem on the horizon, how will we know and judge sentience in these creations?

There’s a saying, “Fake it till you make it.” And it functions on so many levels but one perspective I always found most interesting is that if “faking” it leads you to actual success then were you really faking it? How would you measure that?

Fundamentally, do we consider sentience emergent? If a dog, an ape, a dolphin or a bee developed the ability to communicate simple wants or desires would that be far-fetched?

Don’t even know what you’re talking about here. All of those animals do communicate.

he’s not wrong about the logical problems with determining sentience

He is wrong. And that wasn’t his assertion in any case. He outright claims (and manufactured the pathetic leading question chat log to support) that, right now, today, this particular chatbot deserves personhood. It’s ludicrous. He is to all appearances simply mentally ill.

Okay, so you believe humans aren’t the only creatures capable of sentience. That’s why I was curious.

I’m in no position to talk about his sanity or the chatbot’s ‘personhood’ - I lack clear evidence. So I’m only curious about where you think the line is? Can we create AIs that are sentient? What would that mean? Would it matter if they were able to effectively communicate on an intellectual level comparable to modern adult humans?

It seems that everyone from sci-fi authors to AI research to movies all believe it’s possible to create a sentient general artificial intelligence, so what are we going to do when that happens? How will we test? And what do we do with that information?

As a certified fake, I support all the fake fakery.

Google’s AI is nowhere close to consciousness. Abeba Birhane, a senior fellow in trustworthy AI at Mozilla, tweeted on Sunday, “we have entered a new era of ‘this neural net is conscious’ and this time it’s going to drain so much energy to refute.”

Gary Marcus, founder and CEO of Geometric Intelligence, which was sold to Uber, and author of books including “Rebooting AI: Building Artificial Intelligence We Can Trust,” called the idea of LaMDA as sentient “nonsense on stilts” in a tweet. He quickly wrote a blog post pointing out that all such AI systems do is match patterns by pulling from enormous databases of language.

In an interview Monday with CNN Business, Marcus said the best way to think about systems such as LaMDA is like a “glorified version” of the auto-complete software you may use to predict the next word in a text message. If you type “I’m really hungry so I want to go to a,” it might suggest “restaurant” as the next word. But that’s a prediction made using statistics.

“Nobody should think auto-complete, even on steroids, is conscious,” he said.

We are unmooring ourselves. And his job is to explore and assess whether the unmooring is supportable.

So that we do not find ourselves adrift.

Your boy Blake was on Mr. Carlson’s show last night. 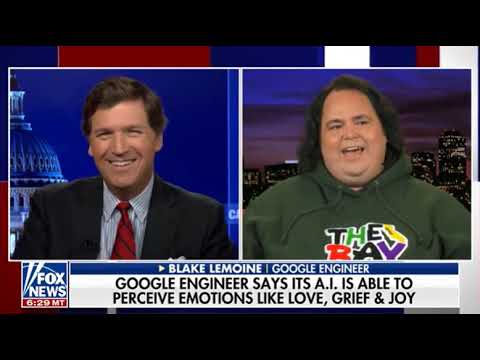 Of course he was.

Not to put you on the spot, but do you find anything that he says in this appearance supportable?

I could have done without the ‘my friend says hi she’s your biggest fan’ line but even that could be read as a man in earnest, wholly unpretentious and unconcerned about the ‘impression’ of others.

So, in a nutshell… 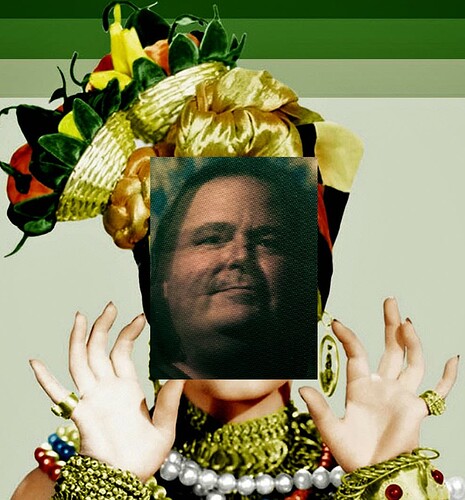 Somewhere in the WaPo article a colleague calls Blake Google’s Jiminy Cricket - not Pinocchio - but this is a better clip. 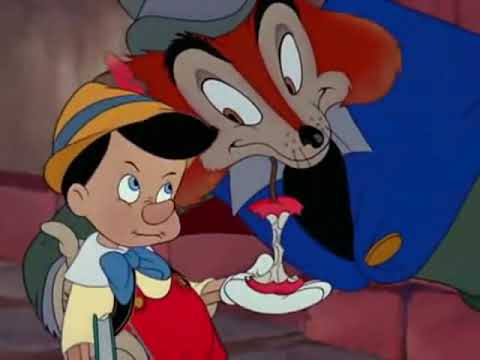 That’s a good ad for the need for child GPS trackers.

That’s a good ad for the need for child GPS trackers.

I guess ‘the neighborhood’ performed a protective function back in the day. Made folks more tolerant of fictive ‘horrors’ like these?

You know, call me crazy, but I get the feeling you and Blake might enjoy conversing in person.

Imagine. In person. Sans digital filters. Not filmed or recorded.

You know, call me crazy

Thanks, I needed that. Bracing.

The reason for the chip shortage is because everyone that got a COVID shot was also implanted with a chip.