Collection of meteors and question about record quality

Here’s a YouTube collection of meteors captured by my Wyze Cam V3 during the first 2 weeks of August.

Now the question. There are a lot of compression artifacts in these videos that I don’t see in others’ nighttime videos. Is there a setting to improve record quality?

Edit: These videos were taken off the SD card, and not downloaded over the network. The SD card is one purchased from Wyze along with the camera.

Wow! Nice collection of V3 meteor captures!! I’m jealous. I’ve had nothing but cloudy skies and often rain at night where I live!

I’ve been addicted to collecting meteor captures since I first got my V3 camera.

Your collection of bright fireballs puts mine to shame.

Keep up the good work! I love to see what others capture (and I am missing!)(Ha!)

Not sure what you mean by “artifacts,” but your screens look pretty typical to my captures (posted elsewhere here) … but non-the-less most impressive!

Actually, I do have a piece of a meteorite… and it’s over 4.5 billion years old. Purchased from a real meteor collector. 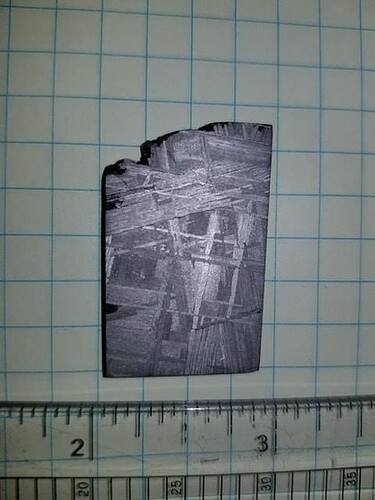 Did you etch the meteorite or was it etched when you bought it? Nice Widmanstätten lines.

@MostlyHarmless42: Regarding the artifacts, if you are talking about the dark splotches that pop up all over the video, I also see those in my videos, but have noticed that some other videos shared here don’t have nearly as many. I talked with one of those posters and the only difference we found was that I was using Standard Definition (SD) recording and they were using High Definition (HD) recording. Perhaps you are also using SD?

I bought it this way after hearing about this particular meteor type – the idea of owning a piece of something 20 million years older than the Earth fascinated me.

I understand… I used to keep a small meteor in my pocket all the time… When things at work got hectic, (I used to work in IT, prior to retirement), I would pull it out and look at it. That tends to ground one very quickly when it comes to hectic things around you…