The day after we got our 2nd Wyzecam, we captured our 3rd and most recent rescue dog taking a stroll on the kitchen table. Note that this is only a few months into his recovery from being paralyzed in the back half of his body; he was found by the rescue after being hit by a car. We thought it was one of our other dogs acting out because of the new family member, nope it was this big faker. We bought steps to help him get up on our bed, apparently he just plays up his injuries when he wants sympathy, he hopped up there like it was nothing. He didn’t hurt anything, I think he just thought “There was food up there yesterday, maybe it’s still there.”

The next day he did the same thing and we caught him live and scared the crap out of him yelling through the camera, he hasn’t done it again. 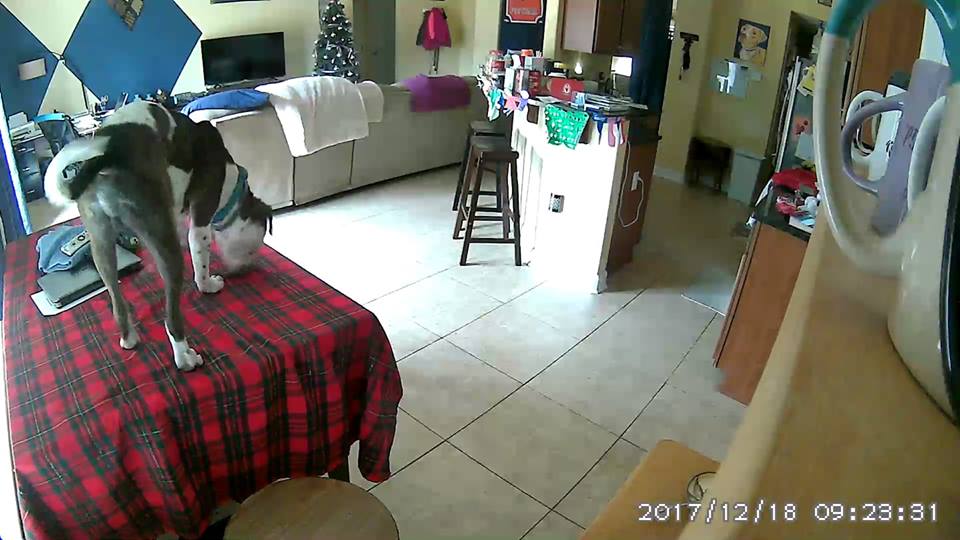 This is awesome! Also thanks for rescuing the pups! It is an amazing feeling! Got any pics of your clan?

for the ? rescue pups! Food is a magical treatment for injuries, myself included. ???