Hi! I recently bought the Wyze v3 camera to use in my hamster’s cage to monitor them, something I noticed was that when plugged in the plug block itself is making a very irritating buzzing high pitch noise I can hear it so surely my hamster can hear it. I’m wondering if this is normal or if anyone else has noticed this issue? I’ve tried to get a recording of it but my phone can’t pick up the sound. Not really sure what to do as I don’t want it bugging my hamster.
Thanks!

I have many v3’s and have not noticed that at all. I have a couple of test ones which sit next to me as well. Wonder if you can record the sound and post it?

It could be some form of interference. Have you tried removing it from the hamster cage and then seeing if the sound continues?

I can try my best to see if the sound will record on camera, I’ll also try to test it in another plug socket! (I did try it on a extension cord and the sound still occurred)

So it is actually coming from the wall socket? Do you have another power Brick to plug the USB end into? Maybe the power brick is going bad.

Not sure if the video worked lol it said new users aren’t allowed to upload videos! but I just tried it out in my bathroom and it’s still making the noise- Yep as soon as I plug the brick part into the wall socket a very high pitch squeal starts up. Will any other power brick work? I actually had just ordered this the other day so it should be brand new! Processing: IMG_1954.MOV…

I have used many iPhone adapters, as well as a PoE cable and my Computer to power it.

So basically, any should work for the test.

Since you are new to the community, I don’t think you have te permissions to post a video yet. So the link does not work.

BTW: Welcome to the community, I am a community member as well - not a Wyze Employee. I also beta test the apps and firmware to see what is coming and provide support.

@Newshound , is there a way to allow @securitynewb the ability to post a video or recording?

Thanks so much! I’m really loving the cameras other than my current issue haha! I actually just grabbed an apple block to test and the noise completely stopped! So strange, looks like I’ll have to buy a couple more to use! Thanks so much for your help!

I have about 15 Camera’s in my home. Some are for testing and some are sitting in the box for use if needed. I also setup my in-laws and turned my nephew on to it. I enjoy technology and Wyze. It is amazing what we can do with technology today.

If you need any support, feel free to reach out or review things in the forums. don’t get discouraged by some things you may read. I am in IT and have been very pleased with Wyze’s products.

If you purchased these recently, Wyze may provide you a Replacement Brick. Worth a call to check.

Wow that’s amazing and will be back if I have anymore questions! I’ll definitely contact them too as well to see if I can get a replacement block!

I’m already back LOL is the apple charger block enough power for the camera? I just tested it on two of the cameras and well it worked for a bit but then a minute later the whole camera actually turned off so I’m wondering if it’s just not enough power for it

Here is the spec for the v3 power block: 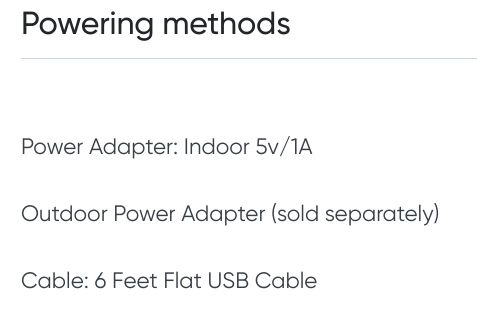 The power brick for the iPhone is 3v 1A. so it is not enough.

I use an iPad adapter as well and other bricks I have around the house.

I also have a surge protector with USB connectors. I have used those as well.

Ooh thought so!! I’ll find some blocks that will be able to power it

@Newshound , is there a way to allow @securitynewb the ability to post a video or recording?

The best way to get a new user permission to post an attachment is to flag the mods below the user’s post, asking if they can promote them to a trust level that can add one.

The user can also just participate in the forum for a few minutes and promote themselves. The catch there is it may take some time for the system to update their statistics.

Thanks for the info. I will remember this for next time.

Nothing needing to be done as we have it corrected.

I was having the same exact problem and when I switched mine to Apple connectors the problem went away. Commenting just to interact with the forum so hopefully they find out that there’s something wrong with their outlet connectors. For everyone that uses these as pet monitors- I can’t imagine that sound is pleasant for pets.

Commenting here to report that V3s are still being sold with this issue. I purchased five V3s from Best Buy and at least two of them are making that noise when plugged in. Those two are so loud I can hear them as I get close to the side of the room where the cams are plugged in. I don’t even have to bend down and put my ear close to the electrical outlet for those two. This seems like a safety hazard.

Tried plugging one of the cams into my iPad brick and that seems to have solved the problem.

What would be wrong with a brick to cause that noise? I have two iPads so I have two bricks but those iPad bricks are expensive to replace.

It seems like Wyze is having an issue with power bricks recently. I had the same issue on multiple V3 cameras, as well as the Sense Hub.
Reach out to their support if in warranty they will send you a replacement.

I turned Dolby settings off and static/clicking sound is almost gone. 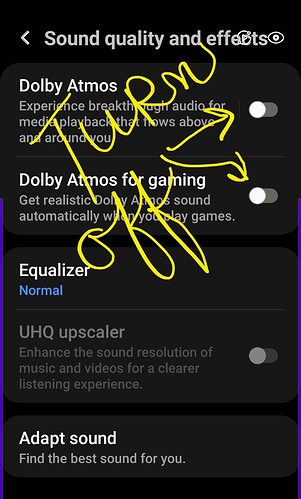