I’d like a dark icon to match all my new black cams! Lots of apps allow you to pick from different icon designs. I’d love Wyze to implement something similar.

Where are you suggesting the black/dark icon appear? I’m asking because a camera icon isn’t really present on the main screens within the app. If you’re talking about the app icon on the phone’s home screen, that icon is changing in the upcoming 2.0 app release and will look less like a camera and be “Wyze colored”: 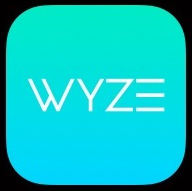 A dark-mode in the app would also be much appreciated.

For a dark theme within the app, please hop over to this topic and VOTE for it at the top of the page:

Once the app has retrieved a thumbnail for the camera, you shouldn’t see a generic icon even for an offline camera and even in the beta app. You should instead see a dimmed thumbnail with “offline” superimposed. So I don’t think this should really be an issue.

I was talking about the homescreen app icon.

Is that the beta app? Might be fixed in the final release. Might also be resolved by a pull down refresh on the devices screen.

Andy… In that case, as I mentioned above, the soon to be released 2.0 app will have a new icon that is neither black nor white.

Mine is similar, with the camera icon for one I have that is unplugged currently. Android app, not beta.

By fix, I mean that once a camera has been connected and viewed, it should show a photo thumbnail instead of the generic camera icon.

Yes, the feature request would be for when the icon appears. My point is that the icon should only appear in rare circumstances. For that reason (and this is just my personal opinion) I would not be in favor of expending any development time on this.

I received my black Wyze cameras yesterday and I was very excited since I skipped last year when they were available. They look pretty cool to say in a few words.

However I noticed that the icon for the black Wyze cam still pops up as white in the app. I wish that could be changed since everything else in the app is perfect. I love the UI, the icons for different settings and the ability to purchase from within the app. The only issue that I have with it (besides being an eye sore) is that I have a lot of Wyze cams and since 80-90% of them are white, I have to include the word(s) “Wyze Black Cam”, “Wyze Black” or even simply "Black into the 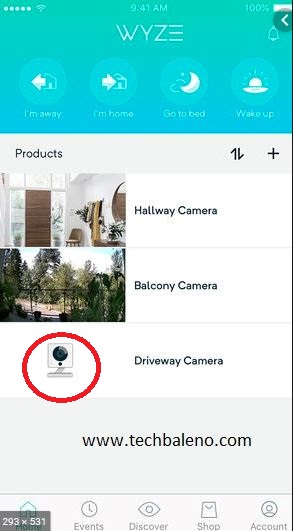 If this gets added in the future, I hope you guys also change the group icon for cameras which currently has 2 white Wyze cameras on it. If someone has a mix of white and black cameras grouped together, I think having one of each instead of both white show would really make the app look and feel even better.

Other than the color of the cases, the V2 white and black cameras are the same hardware. There is no way currently for the Wyze servers to distinguish between the colors.

EDIT: Did you actually mean you would like to be able to change it manually in the app to a black camera icon?

I know they’re the same hardware, just thought it would look better.

Either or on changing the icon manually, doesn’t matter as long as it shows a black cam icon

Okay, I will change the title to reflect the manual icon change request, but an automatic icon change would take a LOT more development on the Wyze side, and I know they have quite a few irons in the fire already. I’ll then move it to the Wishlist category.