I got a wyzecam i just bought. I connected it and it worked fine when using it with wifi. I notice when there is motion detection, there is a 12 second record. But if i view the livestream and click record, i could record it for how long? Because i tried this and it seem to be more than 12 seconds… could you record an hour?

So the purpose of the micro sd card is when it detects motion, it records it for as long as you want? I know its to view it in the future but im somewhat confused by this. So if there is motion detection, would it be recording for as long as possible? Thus that is benefit of it? But if you have no microsd card, then it records 12 seconds…stops for 300 seconds or 5 minutes… record again for 12 seconds… stops for 300 seconds, records again for 12 seconds assuming there is still motion detection? So if someone is there causing this motion detection, then doesn’t mean having the microsd card there is important as it could view longer of what is happening? But if you the motion detection message, you can just watch the live stream with your internet data on your cell phone right? So the benefit of it is to be able to record everything that is happening with the microsd card?

Now what if that person takes the camera then within a few minutes? So you going to have basically a 12 or 24 second footage of it only on your phone? But with the microsd card, you going to have like the x amount of minutes so you can watch the whole thing? But you could always watch live stream but if you watch it, there is option to record it. So why would you need the micro sd card? Is it because once its full which maybe soon, then the footage you just recorded when you click record is now gone?

The 12-second cloud stored clips and the SD card storage are separate and independent. They are set up and viewed in different areas of the app.

For the SD card storage, go to the camera settings, then Advanced Settings > Local Storage. That is where you set the SD card to record continuously or event-only (1 minute segments).

To view the SD card recordings, don’t tap the Events tab in the app. That is only for the cloud clips. Instead, tap the View Playback button on the live stream view. How you’ll see a timeline under thevideo frame so you can go back in time. You can also remove the card from the camera and view or download the 1-minute video files on a computer.

Here are some help pages from the Support site:

The other question i have is which micro sd card to buy? I read lot of them get eaten and stop working? Some ppl say they bought over 10 of these from different brands and eventually stop working… is this true for most? I bought only 1 micro sd card ever in my life and its this one

I tried to put this in the wyzecam but it doesn’t fit. I try to push it in and it doesn’t fit. Can someone confirm if this micro sd even fits in the slot? I read you want at least class 10… someone on another forum said this one is class 4. I bought this over 6 plus years ago at least and used it for an android phone and saw i still had this. But shouldn’t this at least fit inside the camera even if its not compatible? Can someone tell me if this even fits? I saw a video of wyzecam and a guy putting the microsd card in and it was simple. I cannot even put it inside. There is only one way to put it in and i tried all methods … it doesn’t go in. You suppose to push it hard or something?

So you would recommend anyone with this camera to always buy a 32gb micro sd card right? Thus having this cam without a micro sd card is pretty pointless? The purpose is to have it pointed at my door in my apartment when im not there. Im usually there in apartment and i want to view whats going on when im outside buying groceries or something etc. And of course i want it when im in bed and sleeping etc.

I read someone mentioned get those enhanced micro sd card which cost more. But can someone post specifici micro sd cards they got from amazon which are very good for this? I googled micro sd card 32gb and lot of the 4.5 reviews come from sandisk or samsung and when i search reviews and type in wyzecam, almost all reviews say it work great with it. But in threads here, lot of ppl say they eventually stop working within a month? Thus i dont want to have to replace it over and over as the reason i bought this wyzecam was the price. I dont want to keep spending 10 dollars over and over for a new microsd card.

So anyone have recommendation on which specific card to get? Are there ppl that use these and never had an issue? The class 10 ones that cost 8 dollars and below? 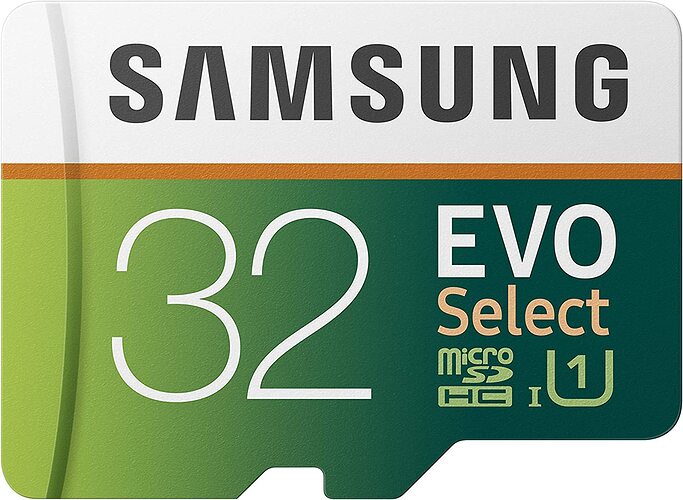 Simply the right card. With stunning speed and reliability, the SAMSUNG 32GB MicroSD EVO Select Memory Card lets you get the most out of your devices. Whether you are a power user or simply want to expand your device memory, this MicroSD card gives...

Or would i need enhanced? 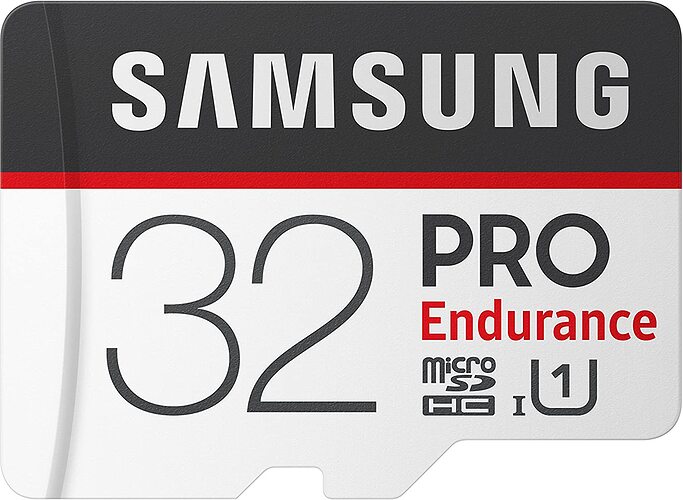 Lots of Microsd cards fit.
But I highly recommend the ones sold by Wyze for at least the near future. They are only about a buck more than others BUT THEY ARE GUARANTEED.
And posters on here have claimed success at easy replacement.

The wyze micro sd card cost about 13 dollars. The one others are 8 dollars. But i also read reviews that the wyzecam card is not that good from reviews. Thoughts on this?

So you could only use the wyzecam 32gb on it? But you could use it on other devices as well right?

Well what specific micro sd cards are good for this? Those sandisk and samsung that are not enhanced still okay?

Hi there i got the micro sd card inside the camera. How do i view the storage space to see if the sd card works or not? I saw that option earlier somewhere when using my iphone but can’t find it now? Earlier it had no sd card detected. Where can i check now?

I found this by clicking the Support link at the top right of this page:

Okay so went to local storage.

local recording to micro sd is TURNED ON

I had this micro sd card for over 6 years or so. But i only used it for my android smartphone years ago which i no longer do anymore. So does this mean the wyzecam recognizes my micro sd card now because it shows this? Do i need to format it or not before i start using it? Right now i have it in the wyzecam. Should just let it be and don’t bother to format it? Because if there is anything left inside it from my old android phone that i used it with, there is any issues?

It sounds like it’s working properly. You can check by tapping View Playback from the live stream. It wouldn’t hurt to format it to remove any space being taken up by the old Android usage.

Hi but if i format, could it cause any damage? Also do you recommend it having the current settings on it?

It should not cause any damage. There have been rare occurrence where the in-camera format failed and then the card had to be removed and formatted on a computer. That would be the worst case.

Let me get this straight:
You have a 6 year old 32GB Sd card
You had trouble getting it into the camera
You are concerned about formatting it?
If that is the case and it was mine I would format it in the camera.
If that gives problems I would carefully pull it out and format it in a PC using either the SD card formatter software

or what is in the Wyze link:
https://support.wyzecam.com/hc/en-us/articles/360022500271-MicroSD-Card-Playback-and-Time-Lapse

I have several of these in my cameras, I Have formatted All of them a few times from the app , and had no problems
https://www.amazon.com/gp/product/B073JWXGNT/ref=ox_sc_act_title_2?smid=ATVPDKIKX0DER&amp;psc=1

Yes this micro sd card is at least 6 years old. I found it in an old android phone that i used a while back which i haven’t used in a while.

Well it seems to work. So im thinking of just leaving it as is for now.

My ScanDisk micro SFHC UHS-1 card was not recognized. Reformatted the card, and tried again to no avail. I did wonder why my card did not stay all the way flush with the bottom of the camera base, so I got a small screwdriver, put it on the end of the chip and pushed it in further then what I could with my finger, it locked in a and SD card worked great. Hope this helps.