So yea, I just ordered these Tuesday 8/31. Way to step up that shipping game WYZE. Can’t wait to dive into these too. First impressions to come. 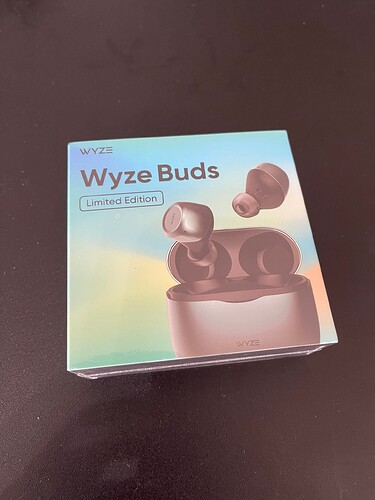 Haven’t gotten to deep but… so far there is a clear difference in quality vs the Pro buds, to be expected but its pretty night and day. Real fast.

Whats in the box, hmmm no sticker again. 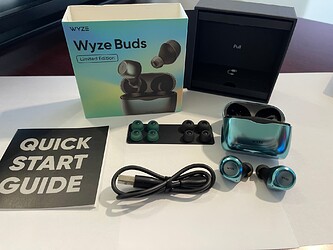 Paired quickly to iOS. Added to the WYZE app no issues, no firmware update, but this is new, Badge announcement.

Has an adjustable EQ

Then there is this again Alexa coming soon.

so far there is a clear difference in quality vs the Pro buds, to be expected but its pretty night and day.

Just to clarify, the pro version is much better? I’m still trying to decide which to buy.

Yes, pro is better. ANC and quality thus far… but, no ANC was know with the buds.

The fit of the Buds have been my general preference, but I don’t mind the Pro design now that I have a pair with the extended mic style

Just to confirm, are there two pro versions? “extended mic style”? Or just one that came with preorder?

Only one pro version. 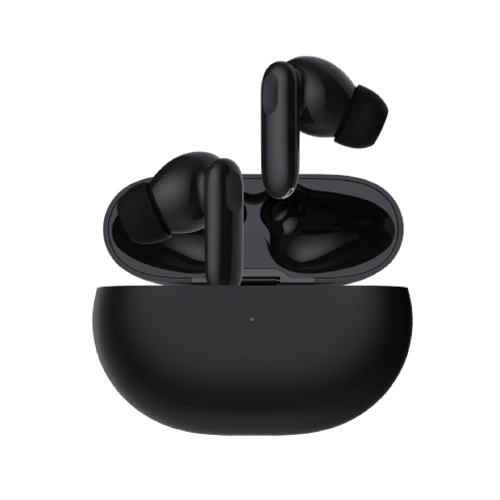 2 versions on the WYZE Buds, but the only difference is the limited edition WYZE Buds are electric green, the ones shown above 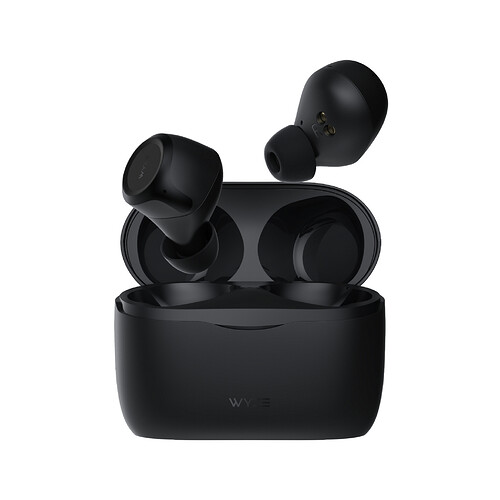 Personally. i would say spend the extra 16 bucks and go with the pro version. The quality of sound and ANC make it worth it and while I have never owned the Air pod pros many say they are comparable. I have the echo buds gen 2 and the galaxy bud pros and they in my opinion are better than both in sound and quality for half the price.

I have not dove into the buds to deep yet, but they are on par with many other wireless buds I have owned with a similar price points. Some of those have been cheaper. 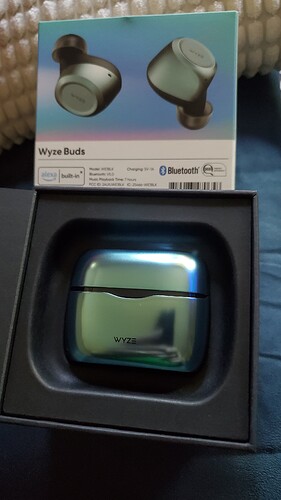 They synced with my phone as soon as I took them out of the case… I didn’t even have the app open… Both the buds had a 100% charge… and the case had 80%
Love the case… It’s easy to pull the buds out, and they snap in firmly, (magnetically), when you put them back in …and it’s very small and compact…

Pretty good sound too… Impressive bass… I actually turned it down a bit… (Using the equalizer in the app),
I really like the ambient sound pass through… I hate having the feeling that these buds plug my head up… I like being able to hear what’s around me, and that feature works quite well… (I do wish I could set ambient sound on/off with one of the double or triple trap settings - but that’s not an option, yet)

haven’t tried them outside, in windy conditions, where I think it might be a bit “too much”… but indoors, it works great… 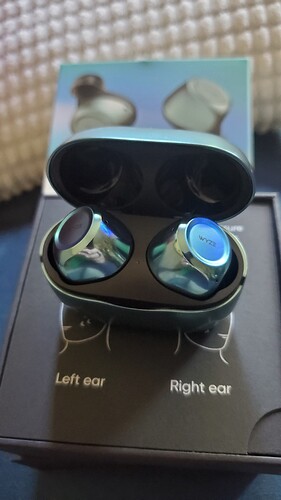 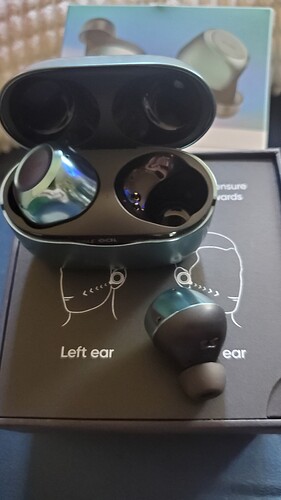 Just received them today! I learned the hard way that the watch 47 can only be charged with a small 1 amp charger. Does anyone know what charger’s are compatible with the new Wyze Buds?

@tomgreens
I have used both a cell phone charger and a Wyze Cam power plug to charge them and they have seemed to work fine.

I’ve only had to charge them, (Well, the case), once, but I grabbed a random wall wart, (I think it was the one that came with my Samsung Galaxy S10 phone … so, I’m pretty sure it was a relatively high power one,)
…and they charged up just fine… I didn’t time it …but I don’t think it took much more than an hour.

(I’m running a comparison test between the WYZE buds and the Amafit PowerBuds, (and an older pair that I’ve had for about a year.) I’ve got to say, the Amazfit power buds are pretty… well, amazing… they are on sale for 55 bucks on Amazon… Pretty much all the features the WYZE buds have, plus, they’ve got removable magnetic ear loops, (That store, -also magnetically- in the top of the case when not in use), which are great for running… so they never fall out… and they’ve got built-in heart rate monitors…

I’ve only used them for about a day, but I really like them) 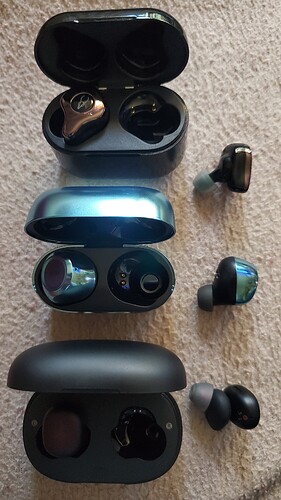 I will also add the tips provided with the buds, even at the largest size do not fit my ears properly, I bought a bag of large bud tips from when I reviewed the Wyze Buds Pro that I had to use instead of the provided ones. 14mm for large eared.
https://www.amazon.com/gp/product/B07R7MS1XL/ref=ppx_yo_dt_b_asin_title_o00_s00?ie=UTF8&psc=1

They fit the buds well and in the case with no issue. 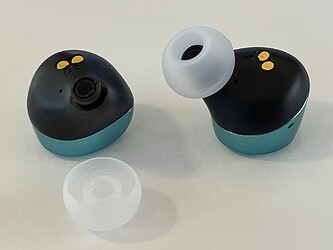 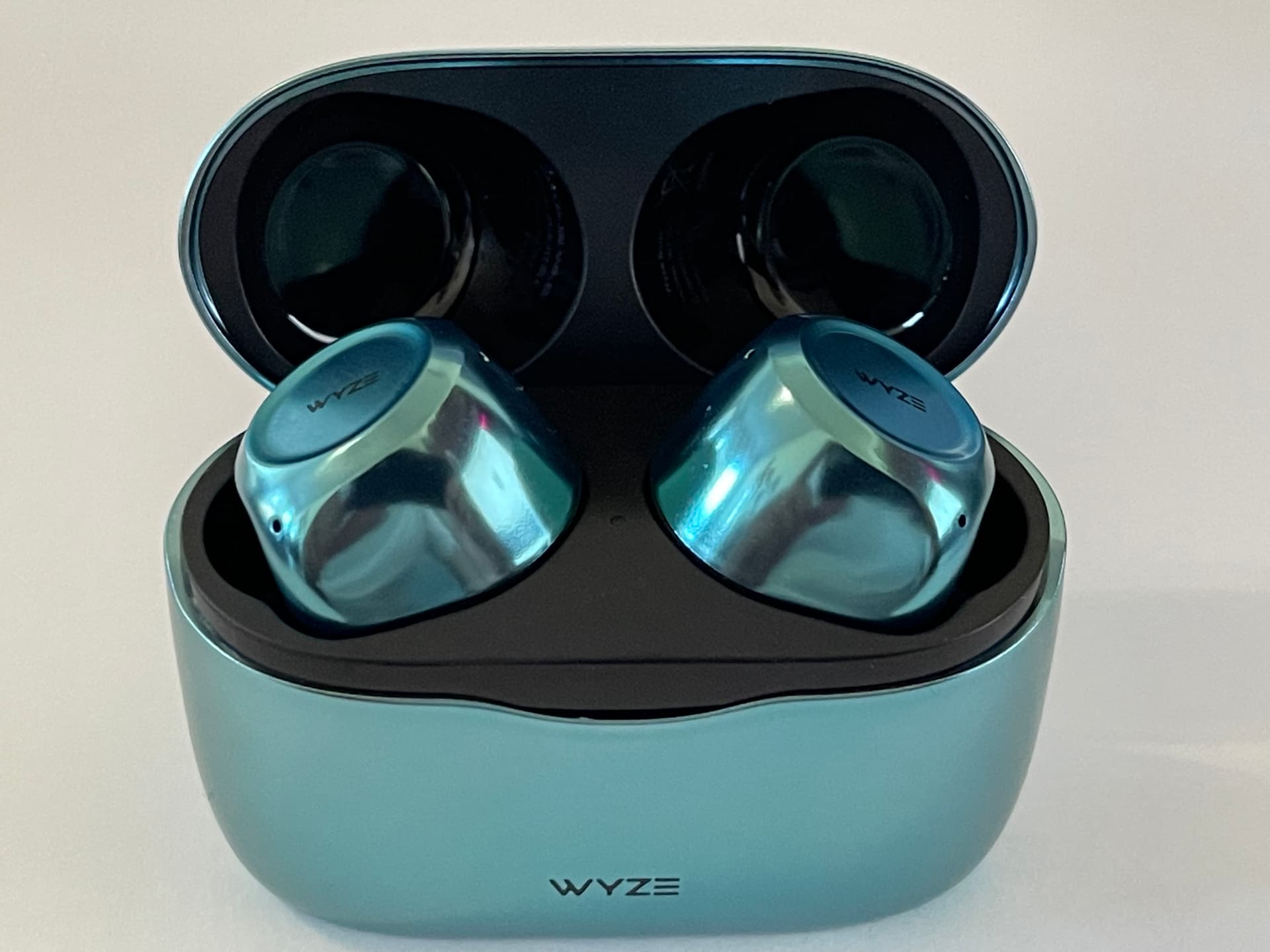 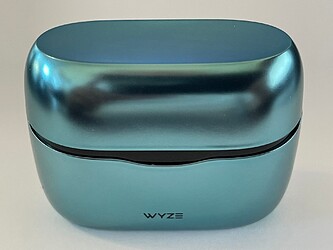 Note, the quality of sound was much better for me with the larger tips vs. my earlier review.

I tried a pair of memory foam tips with the WYZE Buds (not Pro) and they fit on the buds. 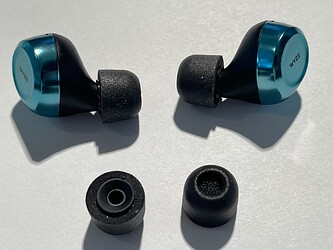 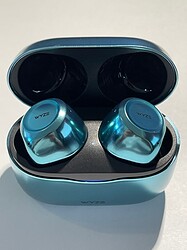 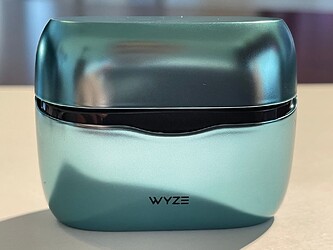 these add some serious comfort, but they do cause the buds to stick out of your ears a little further as they are larger in depth than the standard silicon tips.

Just noticed a couple of days ago that the Wyze Buds do not have a single tap option to pause/play.

I created a wishlist item to request this feature.

The Wyze Buds do not have a single tap option like the Wyze Buds Pro. This is a common option for most wireless buds to pause or resume Calls/Music/Videos Please add. Also @Mods, there does not appear to be a tag for the Wyze Buds or Buds Pro in the wishlist forum [image] Thank You