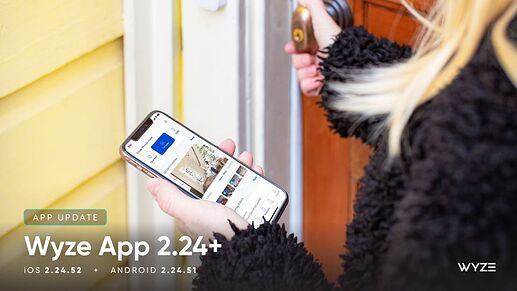 Thumbs down that the non-color bulb UI is still the clunky “new & improved” design. 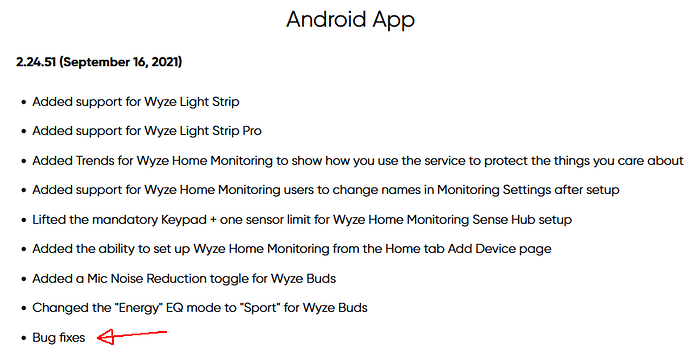 Please itemize ALL bug fixes for each new app/firmware release.

A simple link to a nested page will keep the main list clean.

Please itemize ALL bug fixes for each new app/firmware release.

Yeah, we’ve been after that for years now. That would be cool. High-level would suffice… dun need to know anything proprietary or library build version crazy.

Although, I do think they specify when a well-known long-standing issue gets resolved.

If this was updated concurrently with app/firmware releases it would be good:

And because problems are often compound, these:

And because forum history, this:

I’m thinking the omission of itemized-bug-fix-detail-per-release may be a strategic decision. Maybe to avoid reproaches like:

Why’d you choose to fix this versus that, this is a much older problem, been waiting much longer than these clueless newbs, etc…

Virtually no griping on this release thus far, I’ll take that as a good sign…

I have the 2.24.21 iOS app and do not see the Light Strip when attempting to add a new device. I support for these supposed to be in this version, or was it removed until the product is released? Thank you!

Not sure if you made a typo… Support for the Light Strip was added to the latest iOS app version 2.24.52 which should be available to you as an update from the App Store.

Correct. I had to force my app update. Not sure why I did not see this, I usually do.
Now, I see the Strip devices.
Thank you!!

WYZE… I have to implore you once again, PLEASE revert the non-color bulb control back to its former sensible self. Simply powering individual bulbs on/off is now laborious and actually requires additional clicks within the ‘new & improved bulb bar’. Inefficient.

Would love to see the ability to schedule certain cameras to be on and off based on day and time. In this manner I don’t have to turn on the cameras with a shortcut when I go to bed and turn them off when I wake up and review the event logs. This has nothing to do with Cam plus which I do have . I do not have the cameras on 24 hours a day . But this is just my opinion. Thank you

The Wyze app provides you with this functionality already. Create a Schedule Rule.

In the top right, press the pencil

Name the rule, add the start and end times, select which days to run it, then press the Plus + icon next to Add Actions.

Select your cam and press the action you want it to do (on\off).

Keep pressing the Plus + sign in Add Actions to add more cams to the rule.

Yes indeed. I was assuming via the new update and such it only controlled notifications as opposed to turning on /off the camera. Thank you so very much. My apologies.
Peter

There are a multitude of actions that can be added to rules.

And just wanting to point out that the thread you replied to is announcing a version of the app that is several iterations old. The current app version is 2.33.x.