Where is the ADVERTISED Alexa integration for Wyze Vacuum?

I can’t find an ad like that in my mailbox. Do you have a copy? Maybe I could pass it up the line.

As of this date, the official status has always been “maybe later” for Alexa integration with the vacuum on the wishlist, so I question whether they ever gave a date. “Maybe later” is the lowest status, meaning they have not even started considering this user’s request yet.

However, you can vote for it to be considered here:

A future enhancement to the Robot enabling Alexa Commands would be nice: Alexa “Tell Robot to clean the den”. Mod Edit: This has now been officially launched

I’m not sure if an unreliable rag like PC Magazine can be trusted, but this is the article I read in November 2020 before becoming a backer: 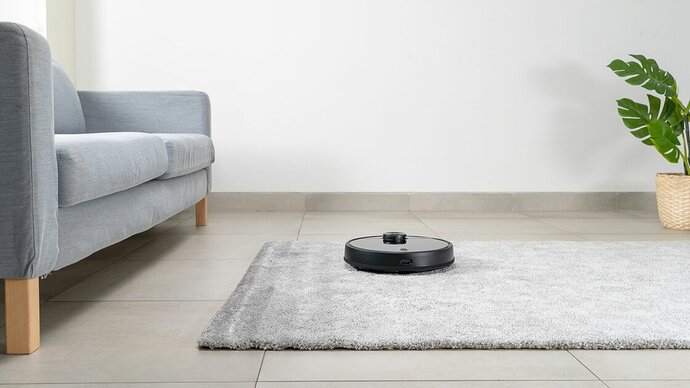 " Wyze plans to introduce Alexa compatibility in the first half of 2021, as well as spot cleaning, which will let you send your robot vacuum to a specific spot in the house."

You can also see a response to my question as well:

Alexa integration is on the way too

So either you’re out of touch, PC Magazine is a liar, or I’ve been fed a load of garbage, but Alexa integration is definitely on the roadmap and has been since launch. The question is, will Wyze actually deliver?

This is my first and last Wyze product. It has not taken me long to realize that Wyze is big on promises and short on delivery. The vacuum is nice. I know that it is rebranded for Wyze who makes the software which is terrible. It’s not like they need to be innovative either. The robovac has been around for quite a while now as have voice assistants. Use the libraries available and make this happen rather than fracture and try to support ten thousand new products halfheartedly.

Thanks for the specifics, I’ll see if I can pass this up the line. The @WyzeBlake reference is what I was looking for.

Just a bystander - I have no intention of paying that much for a robot vacuum - but it is surprising to hear they still don’t have Alexa support. My cheap robot vac and many others have it. I kind of assumed it was done by now. (The existing Wyze Skill works fine for many other products.)

This is quite absurd its still not a feature as this is not difficult to implement well. Basic apis enabled this very easily

Thanks for updating @Mingjia . Sorry but I am very skeptical as this has been promised for a long while with nothing to show for it. Similarly, room splitting is still broken for me (can’t split a virtual wall). To say I’m disappointed would be an understatement. I know others feel similarly.

OMG this just made my day! Can’t wait! Thank you for taking the time to provide an update. I’m happy now knowing that you guys are working on it.

well I was going to get one as it definitely said it where I saw it too but not to be a beta tester!

The skill should be released now.

Great. Can you give me some instructions? Skill not showing up in Alexa app and Wyze app still shows coming soon.

Sorry, my focus was too narrow. There are several stages to getting the skill released. There was closed Beta testing on the skill, then they rolled the Beta skill into the regular skill. That’s the step I was talking about. But you still need app & firmware updates to use that new skill, and those haven’t been fully released yet. So in hindsight I probably shouldn’t have said anything, lol.

Currently, that would be at least app 2.25 & Robot Vacuum Beta firmware 1.6.173 (currently paused due to update issues).

This was the progress I was talking about:

My Alexa just discovered my Wyze vacuum. It seems like they updated the skill to make the Vacuum Alexa compatible. Now I can say “Alexa turn on my vacuum” and it starts cleaning. If I say, “Alexa turn off my vacuum” it goes back to the charging dock".

Yeah well I’ve asked to be in the beta program several times and not a reply. You can see from this post and other posts that I’m interested in this as it was a promised feature when I bought the vacuum. I can’t see why I wasn’t accepted and still don’t understand why it’s taking this long. Can you get me in the (&^%%$ program??

I believe the closed testing is done, and you just need the correct software & firmware to use the skill. Do you have firmware 1.6.173 or above? If not, you will need to wait until you can download it.

Running 1.6.126 . Thanks for responding. I’m beyond aggravated that this is taking this long. It is closing in on a year and this is still not released and impossible to get into the beta despite asking multiple times.

Moreover, still can’t split rooms that don’t have physical walls. All of this is easily done with my previous vacs. I definitely would not recommend this or any other Wyze products due to software issues. If I’m not mistaken, Wyze is primarily a software house and purchases existing hardware and rebrands.

I just got my vacuum last week and it didn’t work last week. But today when I tried it Alexa was able to start cleaning!
I’m on Vacuum firmware v1.6.113.

I just said “Alexa, turn on vacuum name” and it started a whole home clean.

I was able to start mine also with Alexa. I just can’t stop it!

Still shows ‘Coming Soon’ for me. What firmware are you running? Do I need to update my app?

I’m on firmware 1.6.113. The only command that would work was “Alexa, start (vacuum name). Stop doesn’t work though…