Take Photo and Record are both available during Playback mode. At least they are there in the Wyze Beta app

Here, I am Recording during Playback 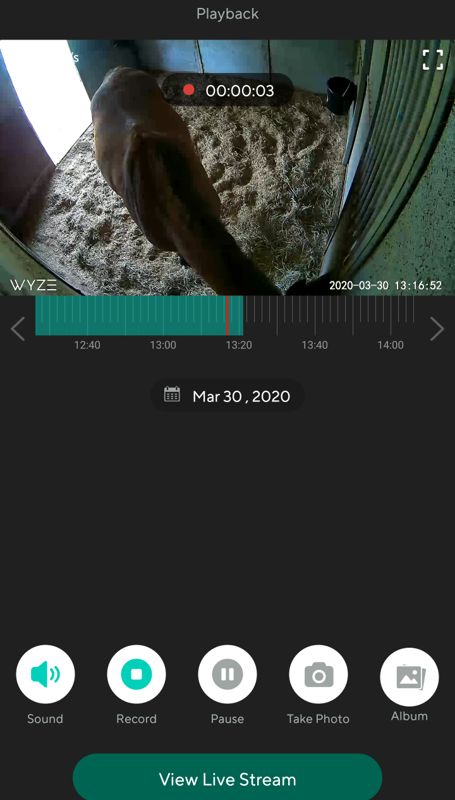 Should be there if via playback, bottom rightish. Not in 12 second clip Gonna have to screen shot your screen for that one. Or go to the spot on the timeline in playback that the event occured and take photo there.

So do I have to have the SD card for playback? I purchased the monthly subscription so I thought I wouldn’t need an SD card.

So do I have to have the SD card for playback? I purchased the monthly subscription so I thought I wouldn’t need an SD card.

You may want to create a wishlist item for the feature request for the take photo button from the cloud event viewer to gauge interest from the community and let Wyze know that it’s wanted.

Welcome to the community, @smterry04. There is an existing #wishlist request that may interest you listed below. You can vote for it at the top-left of the topic. In the meantime, you could use your devices’s screen capture function to get a picture. I have done that several times myself.

Recently we had a capture of a suspicious person in our neighborhood at 4am. The police asked for stills from the video clip in the album. I used external tools to accomplish this, but given you already have it in full video playback can this be added to videos in the album… useful feature.

I used the photo buttom to take a still picture… but the jeg is below sd resolution. The pic has only 600x337 and file size is 428kb. the stream is set at HD.
I was expecting higher resolution pic given the sensor is capble of 1080p
Any way to have option increase the resolution?

I took the video, then the photo, then switched to the other resolution, then i went to phone’s settings for the Wyze app and did a Force Stop, then Storage → Clear Cache, then started the app up and took the next video/photo.

I tried following your steps.
They are all same sizes. May be I missed some setting? 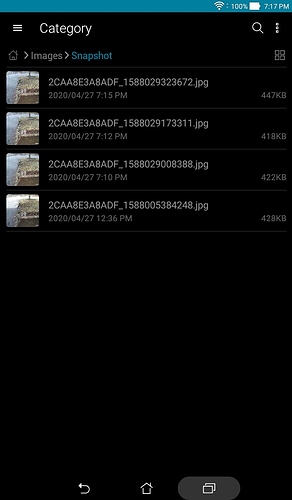 Now I see a bug as well.
I do live stream. click on hd button. now I have 3 choices. click what I want. Now I can take video, photo.
so I click video 10sec. stop. take a hoto. both reported saved
so now I go to Album. yes, the vid and photo are there in album page.
now I return live stream after my exploration. here is the bug.
the live stream is black screen but streaming speed is going up and down as there is a no issue.
go back to home page ,and then return to livestream. now Wyze app is trying to connect to the camera.

only has to go out and relog in.
I think one other member sreported similar issue. 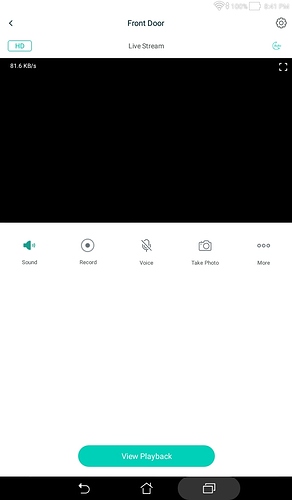 I know … odd right … t thought the “video file” I was looking at was a soft link to where the real video file was stored. So I download the video file to my Linux box, and sure enough, the video files are smaller than the photo image.

If I extend the videos, to say, 60 seconds, I’m sure they’ll surpass the size of photos. 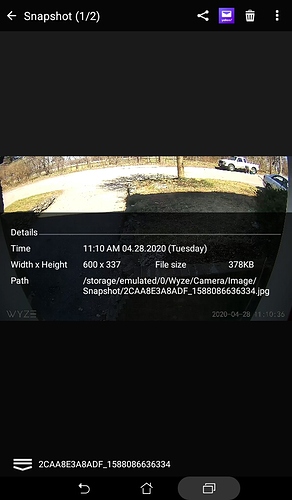 How to get 1080p picture Cameras

Could that be the issue here as well?

Could that be the issue here as well?

You are Correct.
Enabled the hardware decoder is the problem.