I discovered a sound sync problem with saved video clips from the memory card.

First video below was the alert. The sound is fine on that. The second is the recording I extracted from the memory card. The sound was fine during the playback from the card, but was out of sync on the saved clip.

Is there any reason this thread is being ignored? I have the same issue, but with the Android app. Is there another thread about this?

It seems like this has been a problem for quite some time but no go on a fix. What gives?

I have the same problem. Both in the iPhone app and when I saw the video from the SD card, the sound and video are not synced. Sound comes a lot before the video. Very hard to see and understand what happened when there is a conversation.
Has anyone found a solution to this problem?

I just created 3 clips from 2 cameras today, and they all had sound sync issues. The sound sync was different each time I captured or watched a segment in playback. Usually the sound lagged, but one time it was in advance. Rarely the sound would be close to right, and if it was, it usually lagged when I saved the clip on my iPad 2018, a pretty powerful iPad.

Until they fix this (I am in contact with a developer), I found I just had to run the clip several times and let it do what it wanted, then look at the saved iPad’s saved version of the clip to see if the sound was close to in sync. I ended up with 3 clips that were close, but not perfect.

Hope that provides more info on the problem, and a possible workaround.

We have developer interest in this problem:

Audio out of sync Cameras

Hello, this is Arthur, TPM from Wyze. I am working on improving audio quality of V2 and Pan Cam. If your device run into any of the following issues: Audio not in sync with Video, in Live View or Recordings Two way communication (Speaking) not clear. Poor audio quality or burst or no sound, in Live View or Recordings Or any other audio related issues Please send the device Mac address and a brief description of the issue to: hzuo@wyze.com. Mac address could be found under camera settings → …

The date of today is 5/29/2019 and I am still having this issue. I have my cameras set to record video after motion or sound is detected (in addition I get the push alerts). I can not even hear the audio on my phone so I go through this process which eventually allows me to play the audio/video on my smart TV sound bar so that I can hear it although it is still very poor quality audio.

I find and playback the video and RECORD that. I then take that recording and send it to google drive, then download the google drive to my personal computer and copy it to a USB which I can plug into the TV. As indicated by people as far back as a year ago, the audio plays way ahead of the video - several seconds - so it’s difficult to hear people in my home who’ve come to look at it (it’s for sale).

I am still getting the same result. Is quite frustrating. Almost ready to look for new camera systems. Please help resolve this…

I’m having the same problem with wyze cam pan. The wind blew my fake camera down and the sound is about 9 seconds ahead of the video. 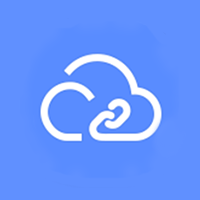 Check out the content that has been shared with you.

I am also having some sound sync problems. I wonder if the owners of wyze are going to fix this problem next year.

January 2020 new cam bought in December 2019, sound and video sync problems. Video plays too fast and sound seems to lag behind, likely because it may be playing at regular speed. Please fix this! It’s been over 19 months since the first post.

Same issue here. I don’t have a solution but I do notice my audio is in sync at the very start of the video and loses sync more and more as the clip progresses. It could have something to do with the fact that the 1080p (HD) clip (what I am recording in) is capturing/recording at 15fps and the audio embedding at a different rate? I wonder if recordings at SD or 360p have this issue?

I’m seeing the exact same problem. And it is not iOS specific I see the same problem running the Android app (on a Kindle Fire).

I can plainly see (by watching the timestamp) that the video is playing at 2X speed, it is probably the frame rate issue.

Anybody ever figure this out? I am having the same issue. I tried two different cameras and two different cards. Video is playing back at around 2x and audio 1x. I just started having this issue about a month ago.

November 2020 and having the issues here. Have seen multiple threads over the past 2 years but no fix? Recorded a video clip to save to my iPhone and iPad, both playback on the app perfectly but when recording a clip video is 2x and sound is behind. Is there really no fix after 2+ years of this issue being reported?

I live on a little private community with gravel roads and a speed limit of 10mph.
Why are my videos playing at like 10x the speed and it tags a person detected too. This neighbors car appears to be traveling around 60mph.

June 2021 and the issue persists. I have Wyze V3 cams and it still happens. This is super frustrating! I have the knowledge of how to edit video and fix it manually, but it’s a tedious process and one I shouldn’t have to take. And people who don’t know how to do this are stuck.

A few minutes ago when a person left my house, there was a 32 second lag between the time I heard the door shut and the time I saw it shut on my V3. I would guess that usually it’s between 8 and 20 seconds that the video lags the audio on recordings. This isn’t a deal-breaker to me but it is frustrating.