Both motion and person detection had been working well and regularly up to that point. I might understand if this were somehow related to the new Person Detection changes, but why did all my regular motion Events stop too?

The camera live view works. The detection and notification settings are unchanged. The results are the same in both Android and iOS. I’ve made no changes to app or firmware.

So far mine are all working the same as always.

I assume you tried things like a hard reset (unplug power and plug back in), reset your router, etc? Sometimes there are weird memory leak issues, but a hard reset almost always fixes it.

Stopped the day after both OS updates were released.
Hmmm

You broke the cloud

Sometimes there are weird memory leak issues, but a hard reset almost always fixes it.

Hmm maybe you’re right. The live view and controls have been working so I didn’t think to reboot it. Shame on me.

I guess I’ll find out. The main camera may be dying then; it didn’t come back the first time I reset it.

Edit: No, something is wrong. Live view fine after boot, detection zone correct. Still no motion events. This thing was generating multiple events per hour and I just went outside to test. Nothin’. No Alexa person announcement either. Strange it’s just me.

@Customer All my cloud events are working motion and PD.
If you have a Cam Plus subscription, try deactivating and reactivate on each camera. This has worked for me in the past when events stopped recording.

I’m using the Beta app so my experience may be different from yours if you’re using the production app.

Edit: Power cycling the camera also works most of the time as @carverofchoice mentioned.

Okay, don’t know why it didn’t record events for the first 5 or 10 minutes after booting but it’s recording events now.

Thanks very much Carver and StopICU. I’ve had many problems with these cameras over the years but they’ve never just silently stopped marking events like that; I didn’t expect it.

So embarrassed. Hoisted by my own petard. 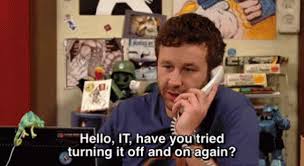 It’s all good. It’s a pretty common thing for memory devices, especially computers and routers to have memory leaks that build up over time. Rebooting clears the memory leak issues out of the ram to function normally again. Such a common issue, especially with cheaper devices) that it’s always the first thing I check. Works for most things.

You keep rubbing that salt in my wound and I’m taking back your Solution tag.

Lol. I actually bought some special smart plugs that will automatically reboot whenever they lose network connection. I plug my router into it, so anytime the memory leak gets to bad the plug auto reboots it and everything is fixed. Kind of a cool idea.

It definitely wasn’t just you. I stopped getting any events at 644 pm last night, then events resumed at 1039 pm but not on all. This morning I had 0 events since midnight which is rare. I just tested all cams, seems the WCOs & pans are all working but no events on 3 v2s (all 3 have cam+) and the 4th v2 which also has cam+ is only recording 12 secs.

Power cycled the 4 v2s & tested, all is back to normal. I wonder how many people this glitch affected…

This whole event detection was a joke - but now it’s a joke that’s no longer funny.

I’ve been playing around with different brands of cameras for the last few days as a replacement for all my Wyze camera so I haven’t been checking the Wyze cameras until yesterday. What did I find?.. NO EVENTS since 10/13!!! This morning, however, there were events for today. However, when checking again a few minutes ago the events for today that were there earlier no longer are… WTF!!!

Wyze is definitely history as far as I’m concerned. There are at least 3 alternatives available at only a marginal increase in price and the very significant upside is all three have worked flawlessly as advertised since I started testing them - no power cycling the cameras, no delete/reinstall, no reinstall the apps, nothing - they just work. AND they have PC based apps so I’m not tied to my phone to use them.

Have had two cameras do that. Appears unrecoverable. Ask support for replacements.

It has become my new norm for this to happen, but it’s only happening on my V2 with CamPlus installed. My other 2 V2s with no CamPlus are all working as normal.

I have found there are a few causes and remedies:

But I’m still having problems with events not recording. The person detection is the worst and it appears random whether it records or not. Yesteday I walked around my driveway, which is fully inside the detection zone, and got no events of any kind (motion or person). This morning I have a Person event for the postman leaving the house, but nothing for when he arrived.

Again, I’ve had no such problems on my other V2 cameras without CamPlus. They record all motion and have been using the same Micro SD cards for over a year.

I don’t want to be buying new cards regularly and I don’t want to have to reboot the cameras after I find they have stopped recording events. I shouldn’t have to do anything because they should never be missing recordings or events. I hope Wyze are aware of this and are working on firmware fixes. I’ll allow some delays as it’s a cheap product and they are generally good at releasing firmware updates. But some acknowledgement of the issue would be nice.

I’ve never had CamPlus and I haven’t made any changes - except one. I HOPE this is not a byproduct of joining the Experiment for legacy PD. I joined via web but did NOT modify anything. Same app, settings, and firmware as before.

Well so far it’s working again today, though there is lag before notifications.

Just curious, what are the 3 alternatives you are trying out? Also, can you list whether each has:

FWIW, I have a couple of Eufy 2K indoor cams I like (though they have had their own downsides and frustrations over the summer I do like their local PD being so good and 2K resolution), and I just ordered 2 blink minis because they only cost me $5, so at that price why not try it, right? Just curious which ones you found to work so well for you.

I HOPE this is not a byproduct of joining the Experiment for legacy PD. I joined via web but did NOT modify anything. Same app, settings, and firmware as before.

Possibly could be related depending on how long ago it was when you last updated the app/firmware. They did say that they were going to push an update to remove PD pilot after the cut off date (and I recall getting an app update, though it could’ve just been beta only). If their system was programmed to look for code in the updated app/firmware and you had app/firmware from before that, there could’ve been some kind of conflict. Still, if that were the case, then there should’ve been TONS of people having that problem (and maybe there were, but respectively few people use the forums, and many may not have noticed yet, and I expect most people actively in forums are more likely people who are actively installing the newest updates). My biggest reason for doubting this explanation is that rebooting the camera would be unlikely to fix the issue since nothing changed and the conflict would still be there until you got the newer software/firmware. Since a reboot seems to fix the issue, then perhaps the server needed a reboot reconnect to the cameras for some other reason (and those of us who installed new firmware more recently already had our cameras reboot when the new firmware installed).

Yup, I didn’t really believe the new versions would be “required” for the new PD as claimed, and that theory has proved true. I’m again getting working PD with very old firmware and middle aged app. Just a resource issue I guess as you diagnosed (in painful detail).

And I’m back to regularly losing the feed on and off all day even though the cameras are 15 feet from an Access Point and 10 feet from the tablet trying to view them. So status quo here. (Won’t even try to access the ever disappointing SD cards.)

I thought about picking up a Blink but I don’t think it does much without another subscription so I didn’t bother.