Chk docker-wyze-bridge, some Synolgy users post in the issues and discussions on the GitHub. I think you can map a container directory to a local folder for img just not sure if it records video or just snapshots. Since I’m ok with the SD card I haven’t bothered.

My NAS isn’t fast enough to use that. The bridge pulls in the video and converts/repackages it as rtsp, I believe. I would have to run the bridge and then some other software on top of it to actually capture and store the video. I just don’t have the CPU cycles for that.

Yes, it does re-encode or rebroadcast or whatever to rtsp, rtmp, and hls. My NAS is just a basic samba server, rather old now, just good for file backups, file sharing, ftp. I port fwd so it’s an ok personal cloud. I got docker running on an old i5-2340, was my old desktop, was going to part it out for some cash, but it’s not worth much so figured I try it for the bridge. It’s on win10 and it does ok. Think it would do a lot better if I change to Linux, but I got this other container that only runs on a win/docker, so kind of stuck for now.

Setup WYZE V2 and V3 to a DVR without internet

Make ALL of the Wyze camera’s capable of being setup on a NVR/DVR using … RTSP or ONVIF … or whatever magic pixie dust is needed for compatibility with viewing my camera’s with a NVR that speaks a compatible protocol.

My guess is the only way this happens, is if Wyze can monetize it, hence the reason for Wyze abandoning any further development or support for RTSP.

I am glad to announce we have something in the early stages of development on this request, hopefully I can share more soon.

YES!!! A thousand times yes!!! And it’s updated from “Researching” to “In Development!”

This is awesome. Been waiting for something like this.

So awesome! This will really help give users peace of mind having their data backed up in their own home, and could reduce wyzes cloud costs if users don’t want their data in the cloud, or don’t pay for CP.

Curious if it will be a Wyze Branded Proprietary NAS or if I can use an existing NAS that I already own.

While I wish for 'an Existing NAS", I’m guessing it’ll be a Wyze Branded Proprietary NAS of some sort.

In this case, I am interpreting from the available statements in the recent AMA’s, etc, that I think they are implying [logical conclusion] that they are making their own physical NAS drive similar to the MaxDrive, however, it would be really cool if they opened up the settings in a way that would allow you to direct recordings to be stored on an existing NAS instead. I guess we’ll just have to wait to see since they haven’t officially given details yet, then potentially add a wishlist update.

No matter how it is done… no reoccurring fees!

Agree. Wyze won’t do anything they can not monetize. I wouldn’t be surprised to see it come with a subscription - a low upfront cost, then a monthly fee to maintain access. Will be surprised if it allows a completely closed, off-internet option. Wyze has yet to surprise me in a positive way in very long time, maybe this one will.

In this case, I am interpreting from the available statements in the recent AMA’s, etc, that I think they are implying [logical conclusion] that they are making their own physical NAS drive similar to the MaxDrive, however, it would be really cool if they opened up the settings in a way that would allow you to direct recordings to be stored on an existing NAS instead

I vote for all the above. WyzeNAS for the those that need/want it, and ability to record to one’s own NAS for those of us that are already heavily invested in our own NAS or NAS’s…, I’ve no desire to purchase a 3rd NAS… I’ve plenty of storage real estate already available.

I would also love to see this. But I’m bewildered by those who seem to think every new feature should be for free. If Wyze doesn’t make a profit, they’ll be gone in short order and my investment in Wyze products will be lost. Do you work for free? Why should Wyze?

It seems fair to me that they could sell a branded NAS for an up-front fee, or provide streaming to my own NAS for a monthly fee. As a side note, I found that my CAM+ subscription was much cheaper than running my own ZoneMinder setup.

Finally, I’ve wanted this since day one. Please tell us that it will not be tied to any proprietary standard, file format or physical device. I have massive storage already available and secured.

Based on recent wyze behavior, I’m expecting the worst - proprietary device and/or fee based via a subscription that turns on the app code to enter our own NAS location and login. By expecting the worst, wyze can’t disappoint as much as pleasantly surprise if they offer free access.

I have massive storage already available and secured.

Yes, it would be a shame if I could not just use the massive storage I have available on My QNAP TVS-1282 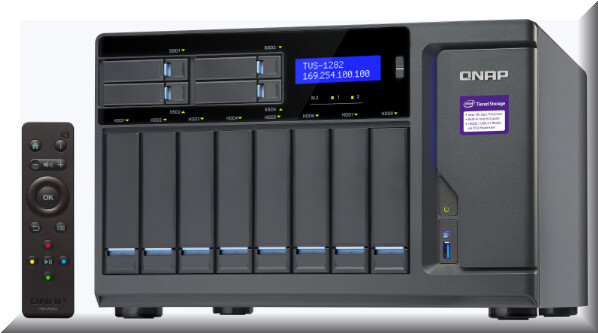 It would be nice to offer additions like other branded cameras, NVR’s etc. to link on 1 app!!!