Is the Wyze Band Discontinued?

Does anyone know if the Wyze Band was discontinued? I don’t see it on the site anymore.

Welcome to the community @Bonsaisms

Not sure it has actually been discontinued, but it does show out of stock: 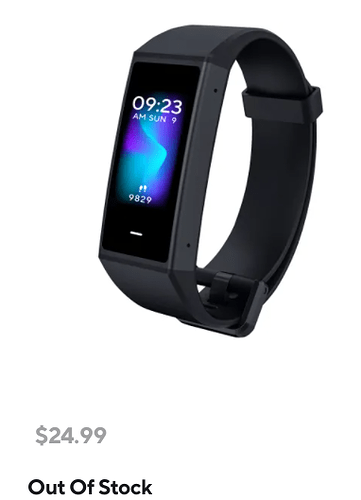 I believe they are still available on Amazon at the present time.
They have not shown on the shop option via the app for sometime.
They were available via the Wyze website but are no longer.
The Wyze Band has been fantastic. I have had mine since they pre-released them
The only problem with the latest produced ones seems to be the rash that the band itself seems to causing people. (please see other threads regarding same and which I can attest to as my original band (not the digital portion just the actual band bands))
Best of luck and enjoy your Wyze Band if you purchase via Amazon.
Please be advised that it appears Wyze is no longer doing any updates or maintaining the band firmware as there has not been any updates to same in sometime
Looks like they have moved on to other products.