I got my first Wyze 2 days ago. Set up on my front porch. Woke up both days to about 20 alerts. All videos are of bugs flying in front of the camera. While annoying, I understand that the pixel change is significant enough to trigger.

My problem is that in two days the Wyze has not been able to “catch” my news paper delivery person when he/she drops the paper on my porch.

I can only assume that the delivery is taking place during a 5-min cooldown after an alert is triggered by a bug.

This is concerning. I know that there are people approaching my house every night while I sleep, but Wyze isn’t catching it and alerting me.

While im not worried about missing my paper person, I am concerned that with so many bug alerts, my camera is in cool down mode for over 1.5 hours per night and not ready to alert me of real activity.

Perhaps a solution is a setting that doesn’t trigger an alert if the movement is less than 1 second in duration. All my bugs are just a quick blip across the screen. Anything of substance that I’d want to see should be in movement for greater than a second.

I like the idea of a minimum motion duration to trigger an alert. I’ll add it to Wyze’s feature request tracker.

In the mean time, have you experimented with turning down the sensitivity and setting up a smallish detection zone?

The tracker is internal.

As a future roadmap request, in order to reduce the number of captures and alerts from unwanted motion triggers- it may be “wyze” to add an object detection option (detecting bodies, faces, etc.) rather than just pure motion detection.

Or, perhaps include a physical IR proximity sensor on the camera as a trigger for alerts rather than software motion detection. This would obviously mean a change to the hardware design but would help to solve the problem of so many false alert triggers.

I personally like the first option since it could potentially be a software-only update. Thanks for your consideration.

We’ve been told that the cam’s processor is not capable of differential object detection, so that’s not happening unless Wyze makes a major upgrade to the internals.

Put my vote in for a minimum motion duration to trigger an alert.

+1 for minimum motion duration. Seems like an easy and reasonable addition.

I’ve mentioned the bug issue before as well, and think another option they should include is to be able to turn the IR lights OFF when in night mode. Some bugs ‘see’ the IR light and are attracted to it just like a porch light.

My situation would improve if the IR lights were OFF even in night mode. I still want night mode at night since it is a low-light area, but the ambient light is enough without the need to have the IR light ON.

This also would eliminate the issue when it is placed inside a window looking out. The IR light reflects on the glass and destroys any hope of seeing something outside.

The ability to turn off the IR LEDs with night vision on is in the top five most requested enhancements. It’s in the development plans, although I don’t know when it will be added. I’ve added your vote to the tracker. 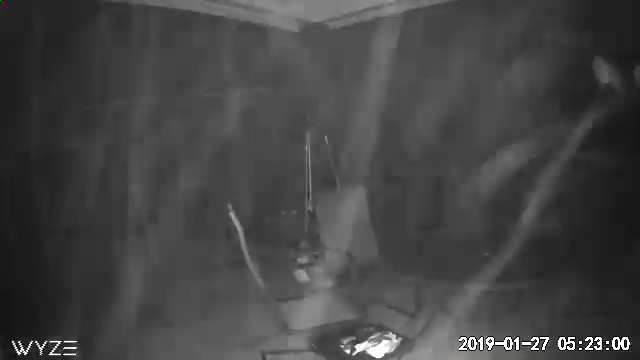 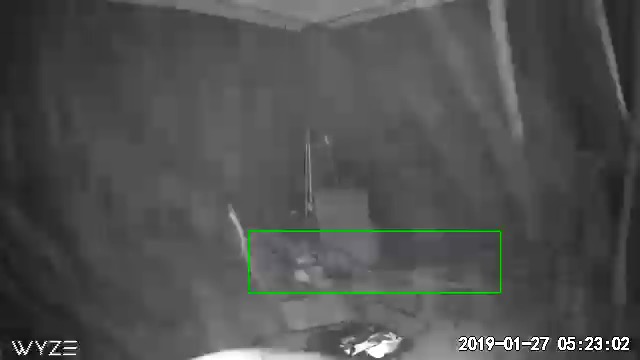 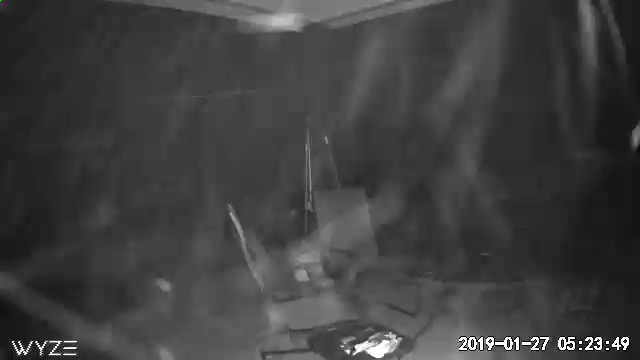 That looks pretty thick. Any chance it is fog, mist, drizzle or steam? I’ve had that and it looks like thousands of insects.

We put black cloth tape over the camera’s 4 internal IR LEDs around the camera’s round black bezel and we intend to install 850nm IR external lighting around the building. This might also be something for you to consider until the software fix for IR lights off, Night Vision on gets sorted out. Yes, the bugs in front of the camera causing alerts can be annoying. We even had them inside the garage with the overhead door only cracked open for ventilation. They find that IR light source somehow, some way. I hope the IR floodlights help alleviate the bug problem. You might also try hanging a bug strip near the cameras. We’re going that direction in the garage. Will let you know how it goes on this end. Please keep us posted.