Apparently I am a glutton for punishment

Been having the tech support email exchange with Wasserstein about their floodlight coming on during the day no matter what the remote is set at. I have two of these for the v3 and both do the same thing. Now we are at the stage where they want my Amazon order number. I ordered it from the Wasserstein web site using Amazon Pay. The order number will do nothing to advance this support ticket.

So I see Wasserstein has a solar panel that connects directly to a WOC. 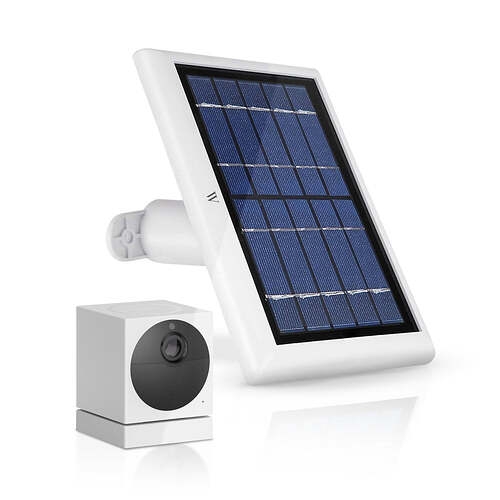 Our solar panel ensures that your WYZE Cam Outdoor never runs out of battery and the 360-degree wall mount can position your solar panel in the best direction.

Just arrived and is charging (has a built in battery even though the WOC does also). The solar panel uses the same semi-weatherproof connector that their floodlight uses. This connector does not seal 100% to the WOC. Wyze does not want the WOC charging 24/7. Two strikes but the worst that will happen is I lose a WOC.

Please let us know how the solar panel solution works out. I connected my WCO to a power bank. The logic in the WCO turned continuous charging off shortly after reaching 100%.

To be clear, the battery reached 100%. It stayed there for several hours I believe. I checked several days later, the WCO battery was below 95%. The power bank was at 83%, it was 86% after the WCO hit 100%. After the WCO was below 90%, and the power bank remained 83%, I discontinued my experiment

The WOC and the solar panel have been charged. I put the panel and camera on the deck. It gets morning and afternoon sun. Supposed to be sunny for a few days. I will monitor the WOC state of charge with normal settings.

Still don’t like that Wasserstein defeats the water resistant feature with their adapter. And the WOC is not designed to be continuously charged. I have nothing to back up my assumption, but what would invalidate the warranty would be moisture intrusion through the almost sealed connector rather than a constant charge that would kill the battery or overheat it. 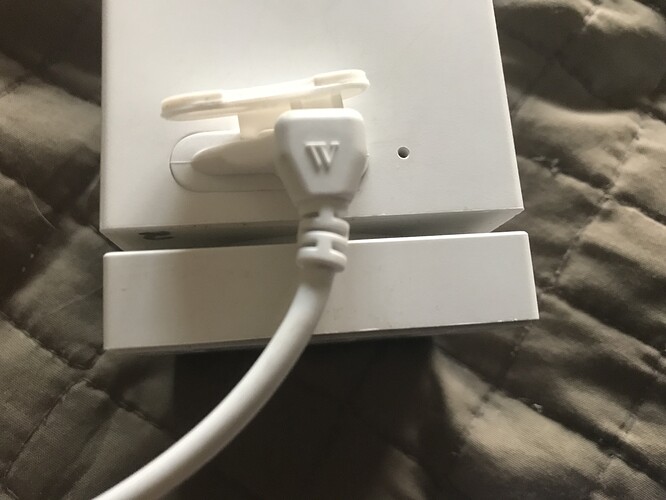 I tried to get my gorilla hands out of the way for a clearer picture. 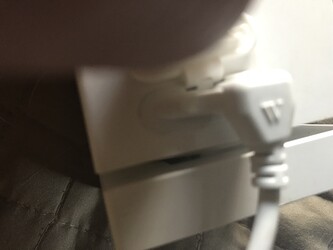 Here is the setup and not the final installation, which might be on a flagpole. 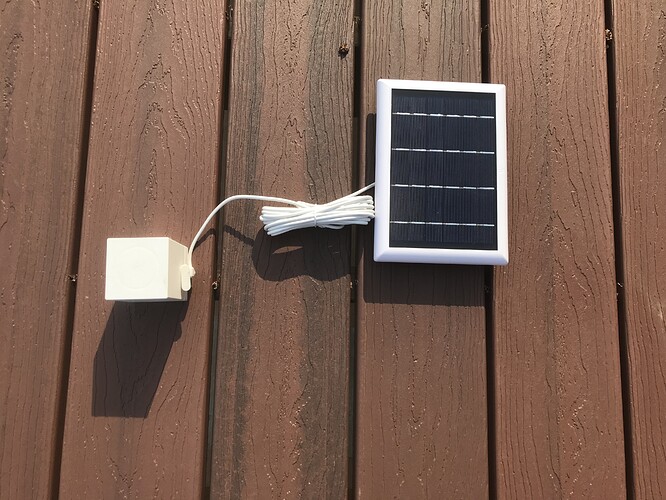 We have a lot of traffic so this should be a great test versus little traffic. 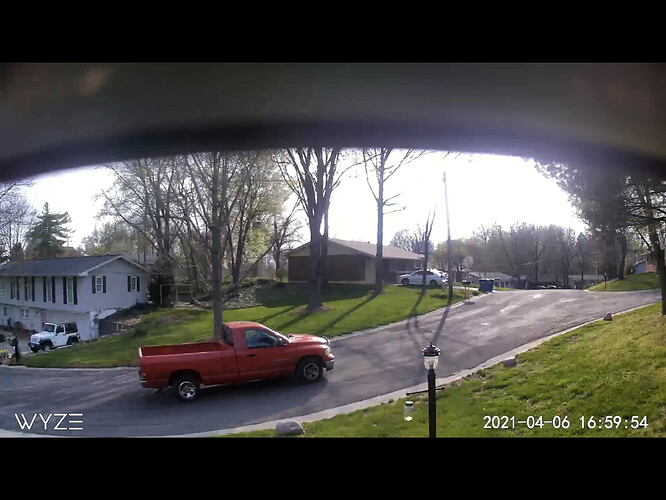 @TomG so, is the WCO staying fully charged?

It is at 82% this morning. Not much sun yesterday. This is a high traffic location so 82% seems to be normal without the Wasserstein solar panel charging it. Waiting to see how low the WOC charge gets.

@TomG , is the solar charger connected? If it is, would you typically be at 81%, at this point, without it connected?

Yes the solar charger is connected. Yesterday the WOC was 82% and today it is 81%.

From past experience, state of charge for WOC usually drops faster than this. I purposely placed it viewing a high traffic spot. A better test would be to fully charge the WOC and solar panel, and right next to it put another fully charged WOC camera. Then compare how the charge levels differ over time. Unfortunately the other 3 WOCs are tasked with monitoring 2 birdhouses and a hummingbird feeder. Might be time to get another WOC and see what happens when I try to add a 5th camera. Worst case it won’t connect and I have to buy a base station bundle.

Edit just ordered another base station starter kit. I will try to add the camera to my existing 4 but hopes are not high.

Question for you. You’ve obviously got power there and are spending money for the setup. Why not just use V3s or similar instead of the WCOs?

Hmm. Okay. But even then I bet you’d enjoy a better experience by adding another big battery pack with a V3 instead of relying on the WCO. The WCO has too many limitations in my opinion. Good luck with it in any case.

And maybe I’m underestimating the time needed to recharge those batteries.

Received my second base station bundle yesterday (Sunday). Charged both WOC overnight. The solar panel is fully charged. Put both WOC next to each other on the deck so they are triggered the same. Both cameras have the same settings. 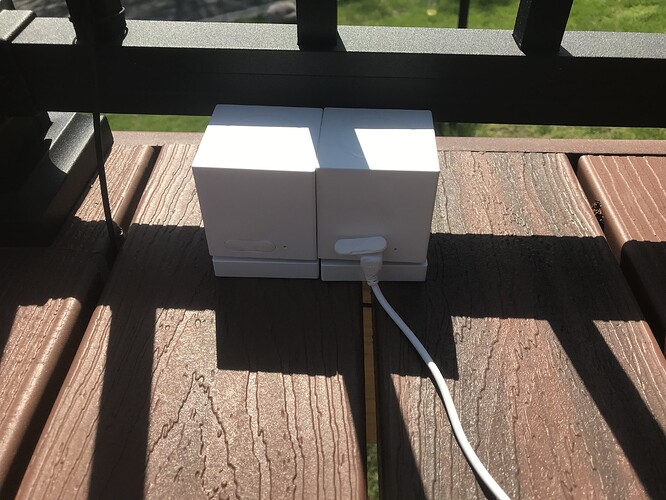 I will monitor the SOC and report here.

My expectation is the solar panel WOC will continue but the new WOC #5 will gradually lose its SOC. 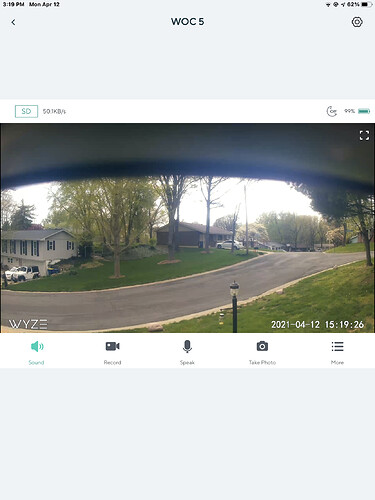 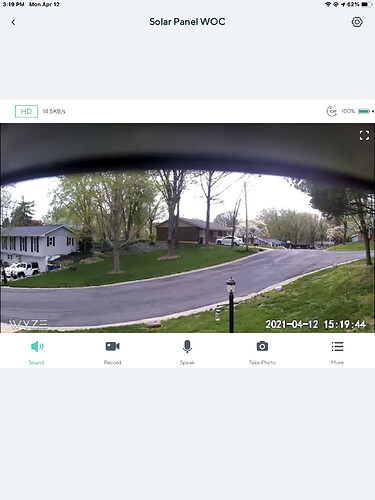 Apparently the solar panel is keeping the WOC charged.

Been cloudy the last few days so the solar panel has not recharged. Still, there is a minor difference in the SOC. Not much, but since both cameras are looking at the same area, the app settings are the same, and the only difference being the power source, the Solar panel WOC appears to have the edge. Waiting until the non-solar power WOC alerts me that it needs to be recharged. 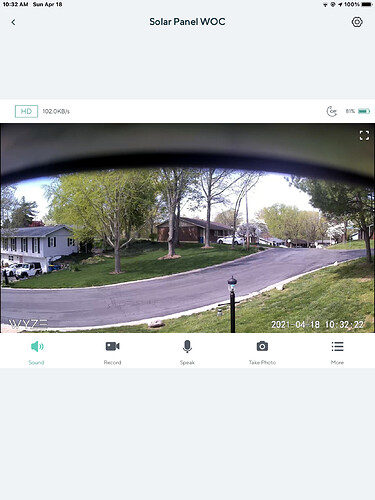 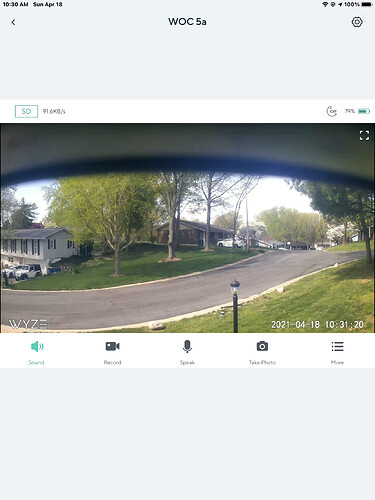 Lots of sunshine today and lots of notifications from both cameras at the same time.

The WOC connected to the solar panel is at 94% SOC 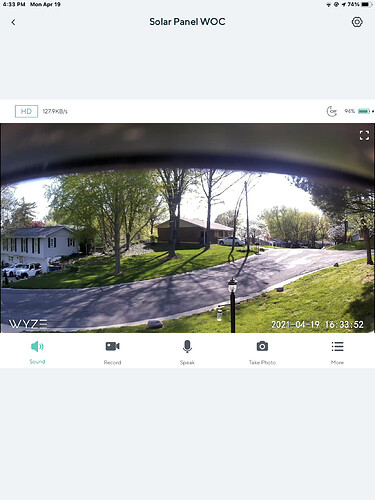 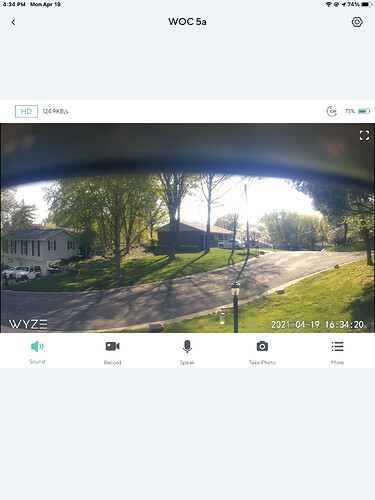 This is very interesting. I am not sure how using my portable charger is in theory any different than your using a solar panel. I can leave a tablet hooked up and it stays fully charged. Yet, my WCO stopped recharging after reaching 100%

I will try again as my cams are close to dead.