Yeah you can’t have MFA on.

I’ll have to dig through the apk to find the calls for that and find a way to integrate it then.

re; MFA, I think that you can actually use the API to auth via the MFA code workflow via the following method

Re: phone UUID, that is actually not the phone IMEI or similar hardware identifier. I believe that is a UUID v4 string generated by Wyze to register a device to their service when using their app.

IMEI would be “Google/Apple/Facebook” evil level (not that Wyze wouldn’t get away with it these days…) but I’m pretty sure they are using the SSAID (Android Device ID) that is pretty bad practice.
If the UUID was generated by Wyze (slightly better practice) would be impossible for applications like Tiny cam to emulate the official App.
One possibility would be that Alexey Vasilyev (Tiny Cam developer) sniffed his own phone IDs and hardcode those in TinyCam.
That would be incredibly stupid and you would expect that Wyze would notice a million access per day from the same device from all over the world but I learned to never underestimate how crappy these IOT companies are.
So I still believe is SSAID (and that’s why I think Tiny Cam can’t be ported on IOS or PC).

Welp, looks like we reminded Wyze their app could be exploited.

Coincidence this came out right after we were discussing the app.

A message to people using app version 2.9 or lower?

It’s not that they didn’t know that other developers were accessing their servers “spoofing” the official App.
Tiny cam developer is an user here and he never had any problem in admitting that.
The concept that users would trust him with their Wyze credential and that Wyze would be ok with that is completely mind blowing to me but I’m probably missing something.
Even weirder is that the Tiny cam developer works for Wyze now but he still works on his own app even selling his own cloud subscription.

Even weirder is that the Tiny cam developer works for Wyze now but he still works on his own app even selling his own cloud subscription.

I have spent my morning coffee reading this thread and will admit to being discouraged. I love my Wyze Cameras and don’t really even mind the app and the cloud storage. Unfortunately I am committed to Home Assistant as the backbone of my Smart Home. I have needs for several more cameras and will be forced to switch to a different camera due to the lack of a public api. Wyze you have distinguished yourself so far with your commitment to customer satisfaction but you are turning a deaf ear to this issue, and are sacrificing long term success and profitability for short term gains. It is a business model, but not one with a viable future. Please consider this my joining the chorus of users asking respectfully for you to provide this important option.

I wonder if Wyze actually read this thread.
We are clearly a hardcore home automation group who are pissed at them but I doubt they know we exist. I guess we can all wish them good luck selling their cloud storage plans.
Bye all!
mic drop

They read all of it.

But they also ignore all of it.

They won’t expand to our hobby craft.

It’s looking that way.
I only bought one WyzeCam but it appears it’ll be my last.
I’ll buy some generic cameras from China that work fine with Home Assistant instead.
No biggie.

anyone that was using the unofficial API calls find that they stopped working recently?

I’d like to take snapshots of my 4 Wyze Cams, 1 every hour or so and save it on my cloud storage I can later do time-lapses or just to compare the seasons in our yard, etc. Does anyone know of any way I could do this preferably with Python? If not with Wyze cameras can you recommend a different brand that supports open APIs?

Please have my vote, I would love to have an API that gives me Wyze Pan Camera controls so I could have those motor controls, would be very useful in making some tracking apps.

Open ecosystems are better for EVERYONE. I’ll stop it there. Make your ecosystem more open.

An update from a Wyze employee from the reddit AMA: https://www.reddit.com/r/wyzecam/comments/ou4og6/were_the_cam_plus_team_ama/h70e6vo?utm_source=share&utm_medium=web2x&context=3

I love the Wyze products, but if some other company comes up with similar products, and publishes an API, I think the community may go that direction. Hope Wyze isn’t trying to much to focus on “revenue” and miss the advantages public API could bring. Better to have a small piece of a large pie, then 100% of a small pie. By opening up access via an API, it could make the possibilities endless!

When wyze team doesn’t wana give you an api so you make your own. 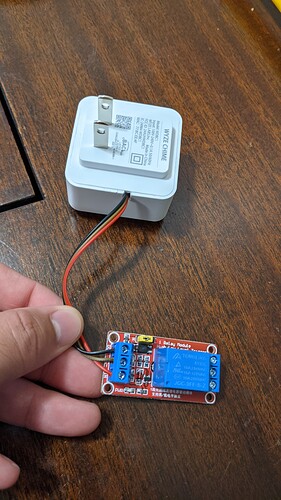