I don’t have the sprinkler controller as I don’t find it necessary compared to my standard timer, but if I did, and I know myself, I would want my sprinklers to turn on if my front camera saw people in my yard.
Can this be done? and can it be turned off after motion has cleared?

looks like you certainly can, though you’d have to set the amount of minutes to run the zone

Can this be done? and can it be turned off after motion has cleared?

Sure. With Wyze’s Alexa routine support I think any person detection on cameras can be used to trigger any Alexa compatible smart sprinkler controller.

If the goal is just scaring people off I wouldn’t bother with a shut off sequence. Just have the sprinkler run for 1-5 minutes with the original command.

So I got the controller setup and check the rules for the ability to trigger a sprinkler zone with motion detect but the sprinkler controller does not appear in the list of actions. I did a firm ware update to ver 1.0.4 and still no change, sprinkler is not an option as an action. I am a bit confused here because I see you have been able to set this up. Any assistance, moderators, wyze???

Personally I just used a Custom routine in Alexa to have it “say” the same sprinkler specific skill command that I would use to initiate the sprinkler skill (“tell bee-hive to…”). I don’t know if Wyze does anything more integrated.

According to the screen shot presented above its in the rules section, went to set it up and the sprinkler controller is not there as an action item.

It could be a future app feature, I’m currently on a alpha app

Are you running beta on the v3, what version?

Are you running beta on the v3, what version?

My alpha app is 2.23.1, they no longer add people to the alpha unless you’re in a beta hardware group. Typically the alpha release will become the next beta app fairly soon, so if it is a new feature, you should see it eventually on beta

According to the screen shot presented above its in the rules section, went to set it up and the sprinkler controller is not there

Again, I’m talking about custom Alexa routines and not the Wyze app directly. I don’t know what screenshot you mean. 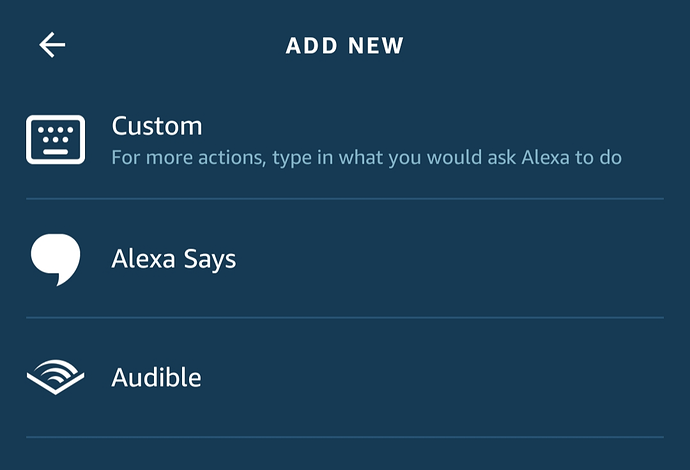