When I ask Alexa to lock/unlock the Wyze lock she responds “sorry the lock isn’t responding.”

The Wyze lock gets locked/unlocked but Alexa still says it isn’t responding.

I disabled and then re enabled the Wyze skill on the Alexa app several times. I also deleted the lock off of my Amazon account and rediscovered and still having the same issue.

Anyone else experience this ongoing issue?

Safe to say I am seeing this as well, iPhone, Android, and all of my Alexa devices… many echo shows and fire tablets. All on the latest version of the Alexa app for their respective platforms. As well as my Wyze devic s being on the latest production or beta firmware. 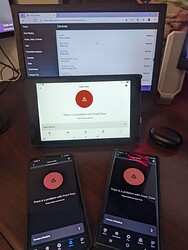 At this point I have not attempted any troubleshooting because I do not use Alexa for unlocking or opening doors and just validating your observations, but I will try some of the same things you mentioned above and a few more to see if I can recover connection and report back.

I will say, I am a heavy consumer of Alexa devices and many of the have been operating oddly the last few days, the most notable is the Echo Show 15. Their connectivity to other smart home IoT devices ( not just Wyze) has been intermittent for me.

Alright so I got it back. Here are the steps that worked for me, and it was just what you did in your troubleshooting but put together.

The lock then showed back up and was responsive to all my tests, lock, unlock, etc.

I’ll monitor and see if it disconnects again. 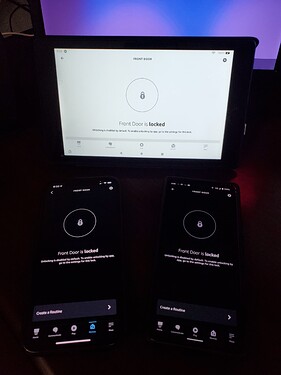 Thanks for the info, I appreciate it!

I’ll give this a shot.

As I mentioned, I don’t use Alexa to control my lock (a few reasons why, mostly because I work from home and have it set to auto lock if unlocked for 15 minutes) but my Lock gateway is plugged in in my home office, and I have noticed it going offline by the blinking red light a few times in the last few days. Ultimately the Wyze Lock reconnects with no user interaction, but it’s worth making note.

(I will preface this next comment with, I have been making some configuration changes to my IoT router testing a different issue, so digest as appropriate

Not sure if this could be the root cause of the Wyze Lock disconnecting from Alexa, but if you can, try to observe the lock gateway and see if you see yours is going offline, then if it is, check to see if it is disconnected from the Alexa app. I will do the same.

(I will postface with, I have not observed any of my other Wyze devices disconnecting and reconnected due to my IoT WAP configuration changes, unless of course I reboot the router, but also, they aren’t staring me in the face like the Wyze Lock Gateway